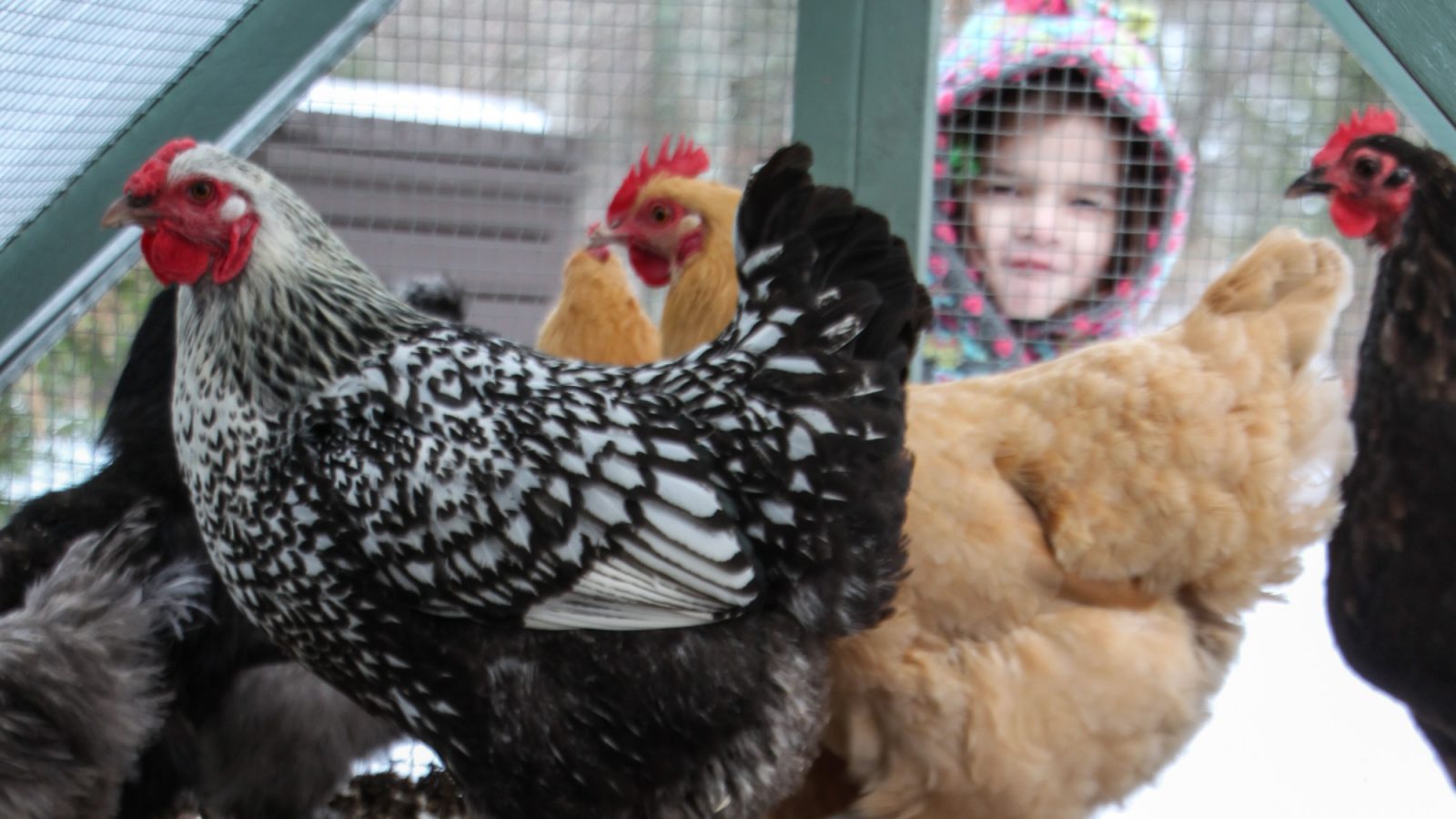 It wasn’t until the first snow fall, that I discovered chickens are snow blind.  At first, I could not figure out why the chickens did not want to leave their coop. I tossed out some mealworms to entice them, but they did budge from the coop door. Was it too cold? Too windy? Too wet? None of those things seemed to be it. The chickens were acting like the snow was hot lava. They were not planning on venturing out one bit no matter what I did to entice them. They were content to look out from the coop door. Perhaps wishing it all away.

The snow wasn’t that deep, only a few inches, so it wasn’t until a bit later that I put two and two together and shoveled a path for them.  At first I thought I was just spoiling them, but to my astonishment out they came. It was like nothing had ever been wrong in the first place. They quickly began searching for those initial mealworms that I had tossed in before I shoveled.

For lack of a better term, I call it snow blind. For some reason, chickens do not want to walk out on the snow. In my mind, I’ve come up with with a couple of different possibilities of why they act like this with snow. Perhaps it has to do with their vision, we do know that the chicken eye is much different than the human eye. I also know that chicken feet are prone to frostbite, so perhaps standing on freezing cold snow might not be all that comfortable.  What ever the reason, here is how you can fix it.

The best solution I have found is to shovel a pathway where they can see the ground and where they are placing their feet. Once I shovel the area, I spread some shavings onto that area and toss out some mealworms or even stale bread for encouragement.

I have learned that adding a roof or some plastic sheeting to the chicken run is very helpful. It keeps out snow, provides shade, deters critters and wild birds from entering the run and it also protects from other sorts of weather. I’ve done a few versions over the years. Currently, I wrap my coop in plastic and plexiglass panels during the winter. This helps to keep away moisture, humidity and dampness. Covering the run also prevents you from having to shovel out the run on the worst wintry days. It turns out, cold hardy chickens seem to do better in the colder months than the hot dog days of summer, even with the snow.

Here are some other winter chicken keeping articles you might enjoy:

Why I don’t heat the chicken coop

How to keep the coop tidy in the winter

4 thoughts on “Snow Blind: Why Won’t My Chickens Walk on Snow?”