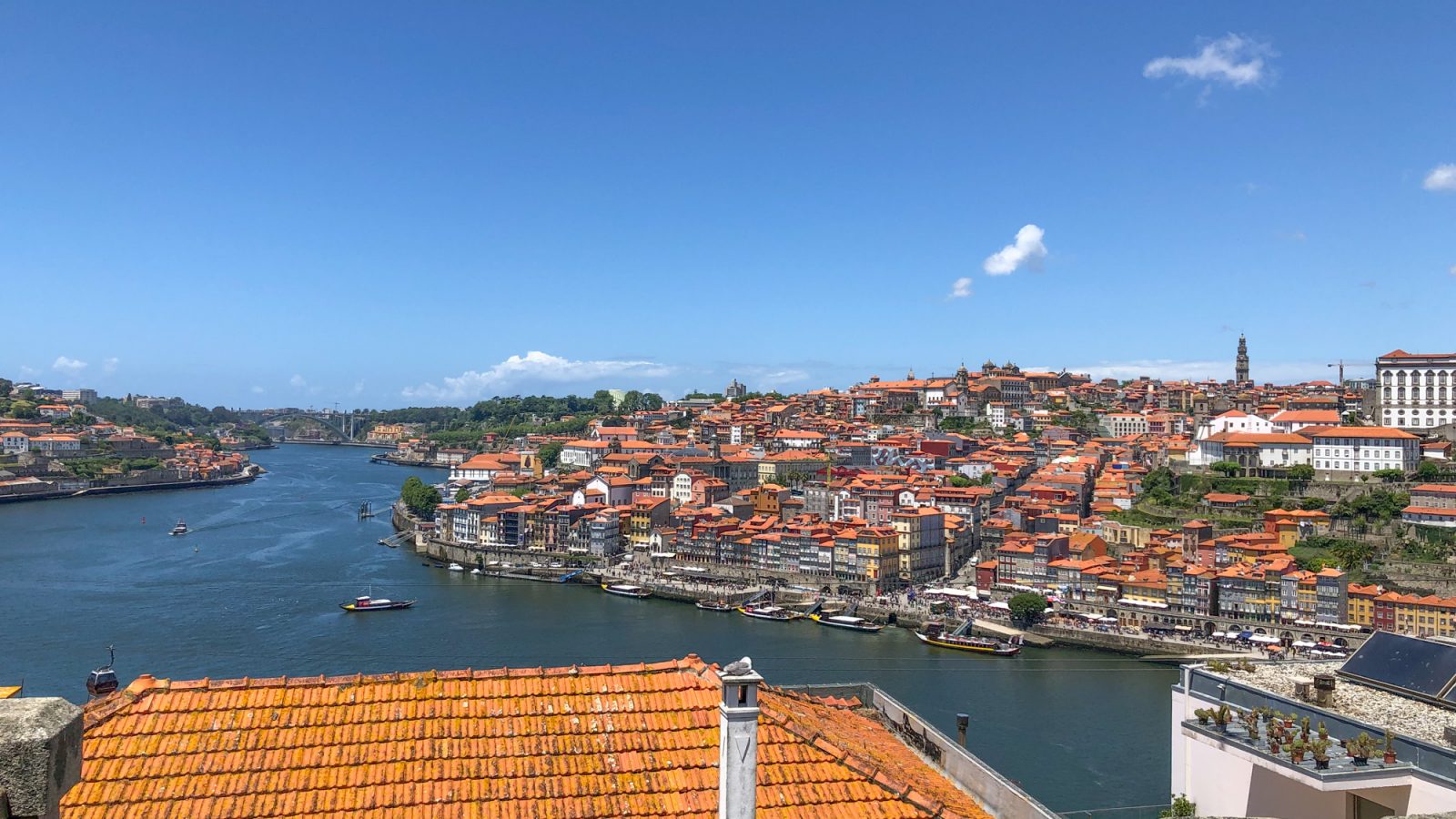 Last week, I took a trip with a few of my girlfriends to Porto, Portugal. I had never been to Portugal and when the opportunity arouse, I could not resist saying yes!  I was curious about what I would see in Portugal and began doing research along with my girlfriends.  There were a few things on the list that I definitely wanted to see. I wanted to see historical places, churches, taste local food, absorb the culture, sights, sounds and smells. I also wanted to visit the cafe and bookstore that J.K. Rowling frequented while teaching English in Porto to school children while writing Harry Potter.

After my step-father passed away last year, I made a resolution to live life more fully. Before the trip began, I knew that I wanted to pack lightly. So I thought that in this post, I would offer up some suggestions if you are planning on visiting anytime soon.  We took the red eye over.  On the plane I tried to sleep as best I could. I wore comfortable clothing and brought a small pillow and blanket that were lifesavers. The plane gets chilly flying over the Atlantic Ocean. We arrived in the afternoon in Porto time, and to help with the jet lag we stayed awake and took in the late afternoon/early evening scenes.

We spent a total of a week in Porto and stayed in a lovely Air B and B and it was very affordable, clean and centrally located to everything that we wanted to see.  I never felt unsafe during our entire visit and it was an easy walk to the local grocery market and bakery for Portuguese treats.

This is Livraria Lello, a super neat bookstore where J.K. Rowling frequented during her writing of Harry Potter.  You’ll have to grab a reservation to see this magnificent place. Dating back from the late 1800’s, this place is a feast for the eyes.  My favorite is the red winding wooden staircase to reach the second floor.

Portugal uses the Euro.  Prior to leaving I did a currency exchange with AAA. They have the best rates. I would also recommend bringing a credit card along too.  Some credit cards do not charge to exchange currency from euros to dollars for your purchases. This can save you a bunch, so be sure to consider one of these credit cards just for travel.

Porto is famous for its painted murals, vibrantly painted buildings, red tile rooftops and tiled building facades. The town is one big hill. 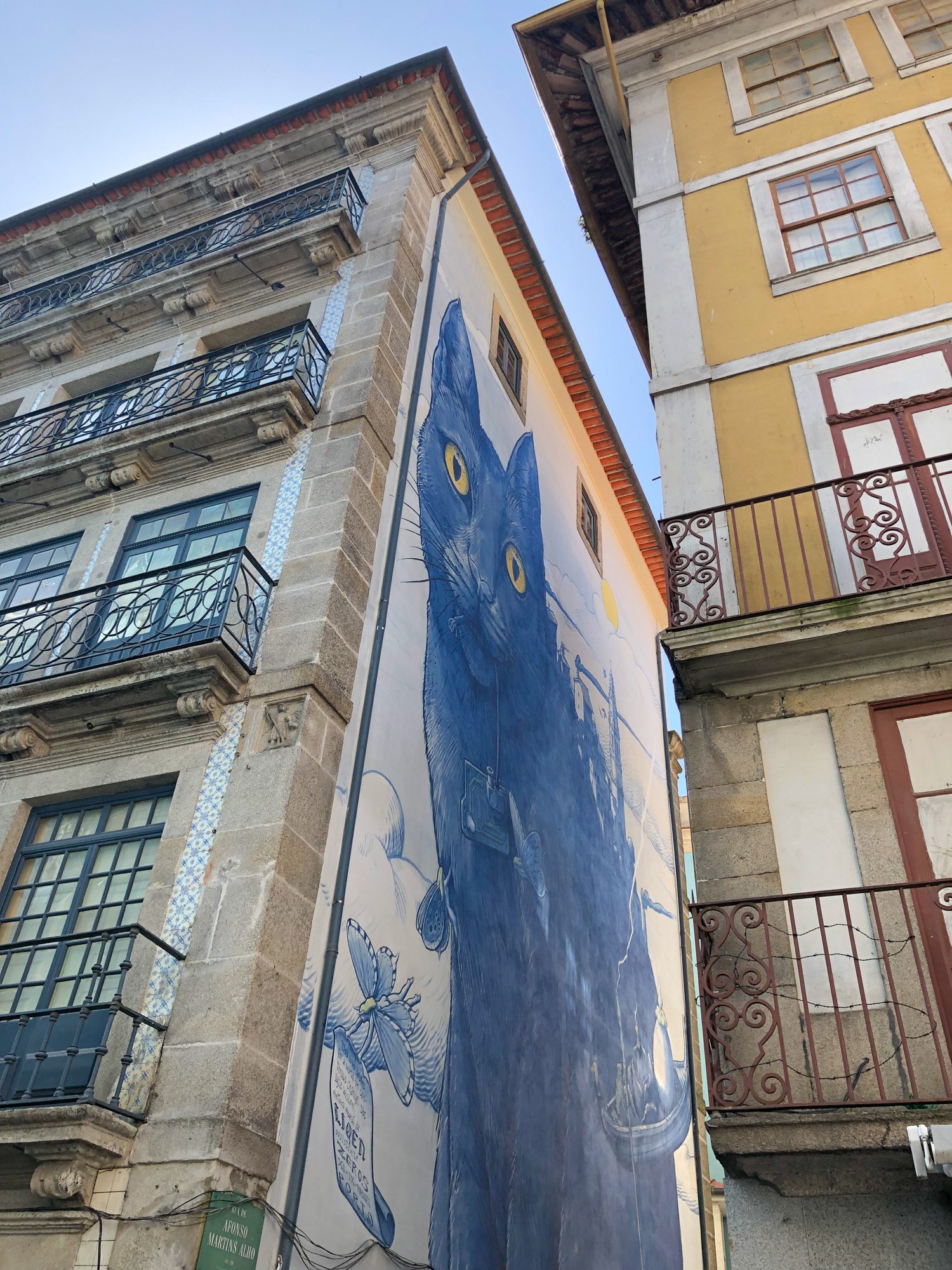 We used Uber to get around the city for longer distances.  Despite have a safe, clean and affordable metro system of trains, for the four of us, we found the Uber was cheaper and quicker.  About half of the drivers spoke English and some gave us some amazing tips on where to dine with the locals and how to avoid tourist traps. 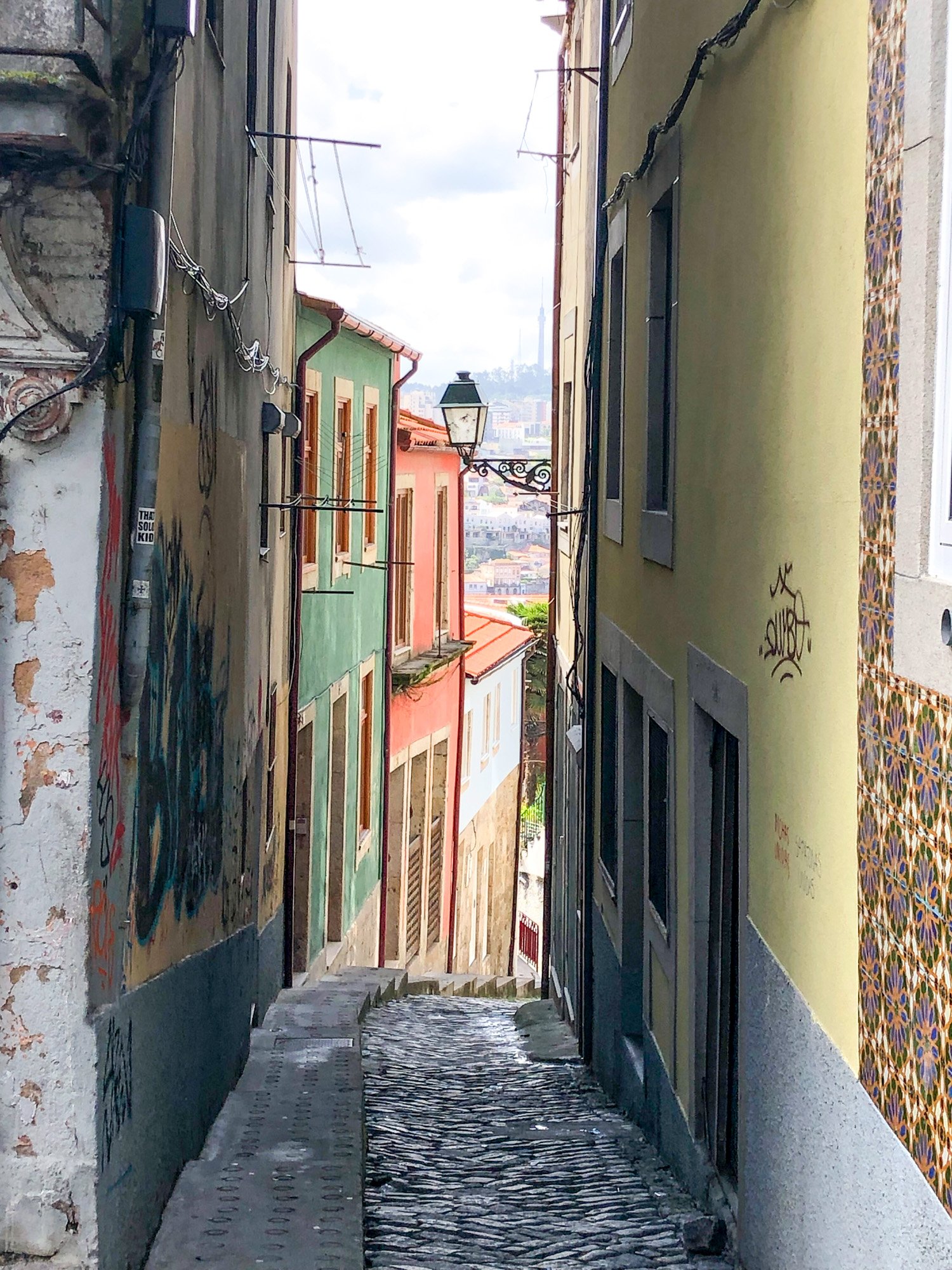 Porto is a very walkable, hilly city with plenty of cobblestone streets and amazing architecture. Gorgeous churches and a lovely cathedral that seemed as it could have been used as a location for Game of Thrones. Once you get a lay of the land, everything that you would like to see is within walking distance. 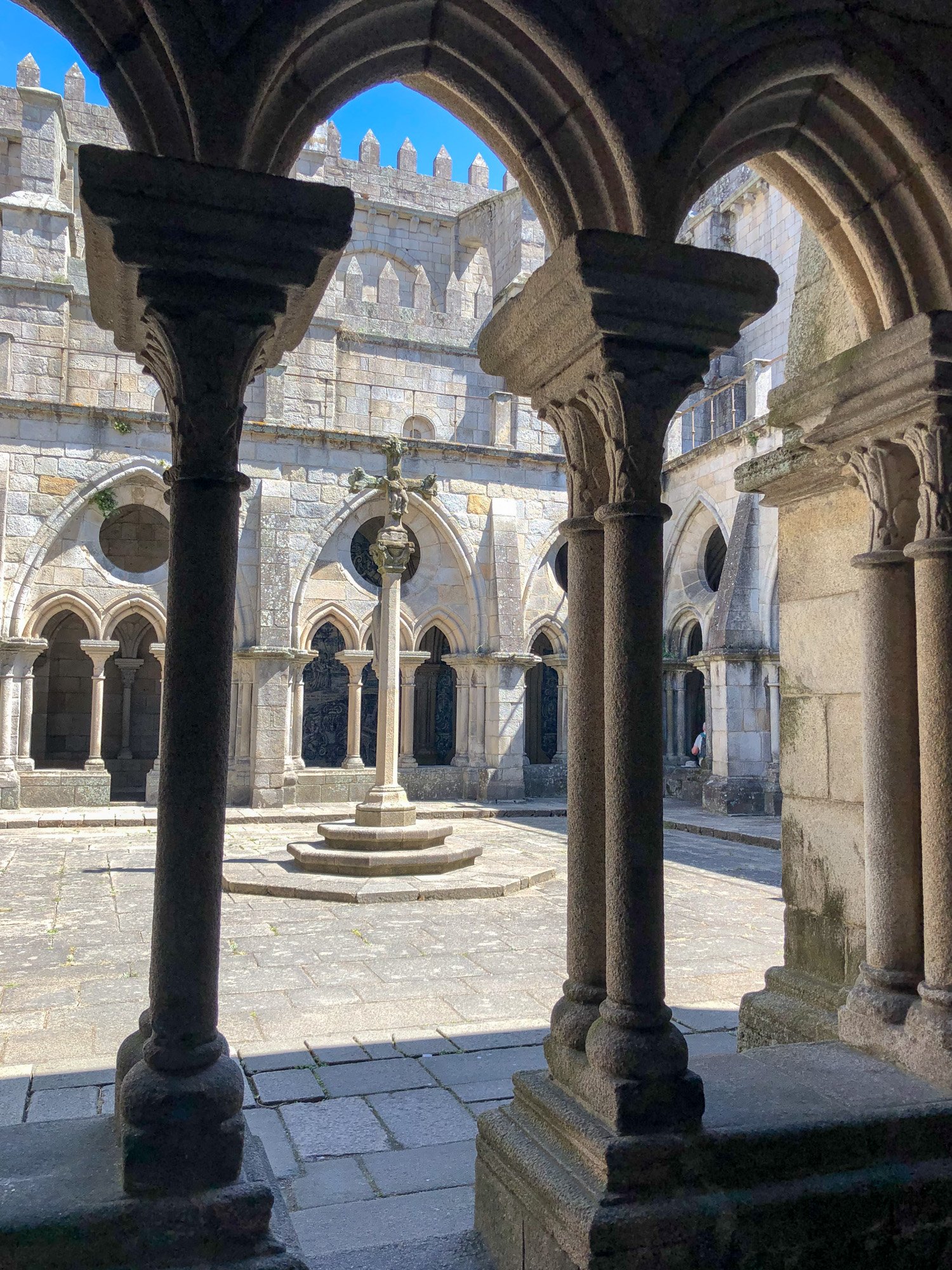 Porto has six bridges.  We took a cruise too see them all, including two–one made by Eiffel and one from Eiffel’s school in Paris.  The definitely had an Eiffel Tower feel. 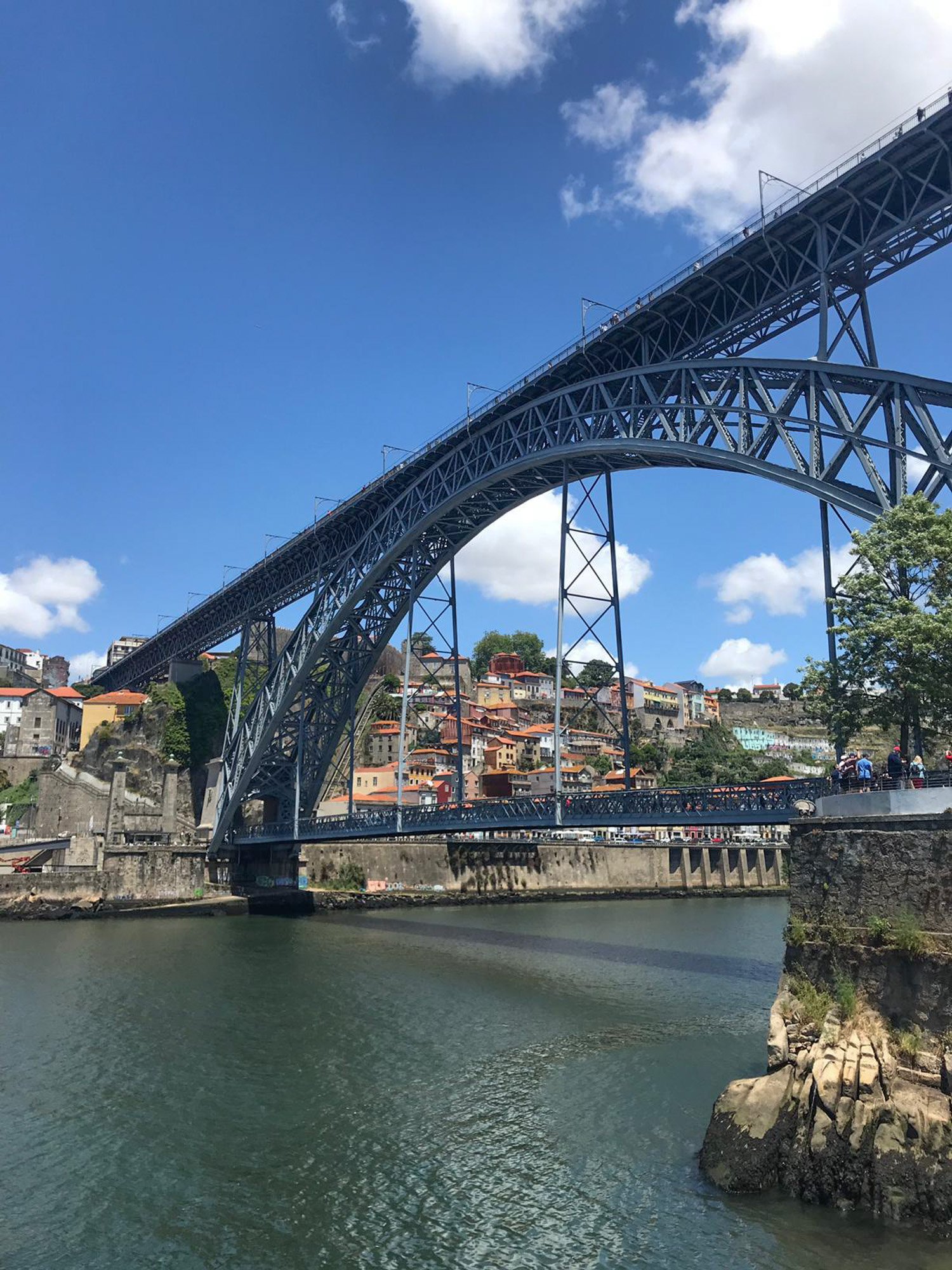 On the opposite side of the river are the port wine cellars. Porto is famous for this wine and you can even take another day trip to go and visit the vineyard.  For five euros, you can visit the port wine caves and do a tasting. The food is amazing and very affordable.  There is a heavy focus on bounty from the sea as well as the land.  They follow the mediterranean diet. Meat- mostly pork and steak, prawns, octopus, seafood stew, and grilled sardines were all on the menu. 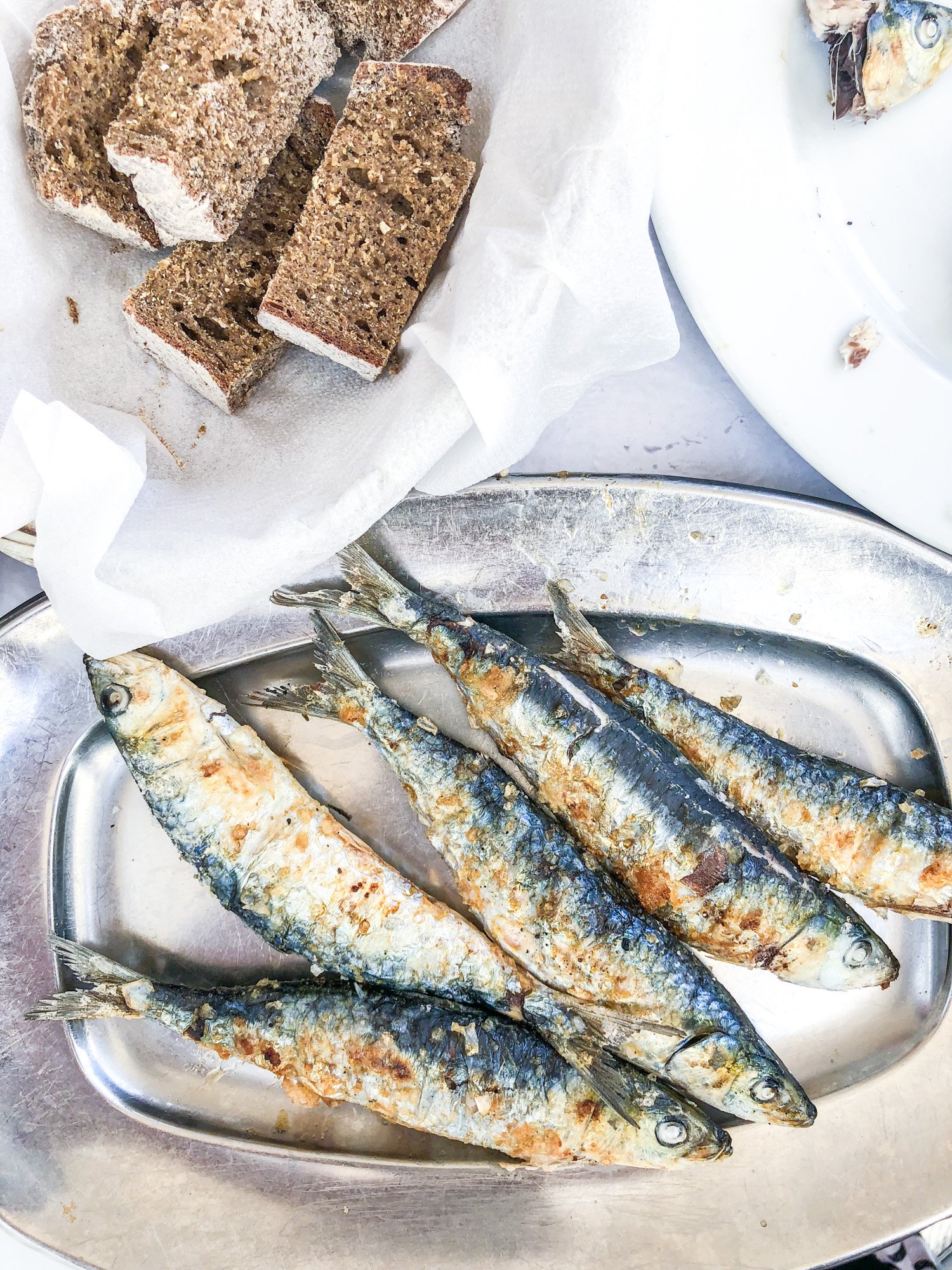 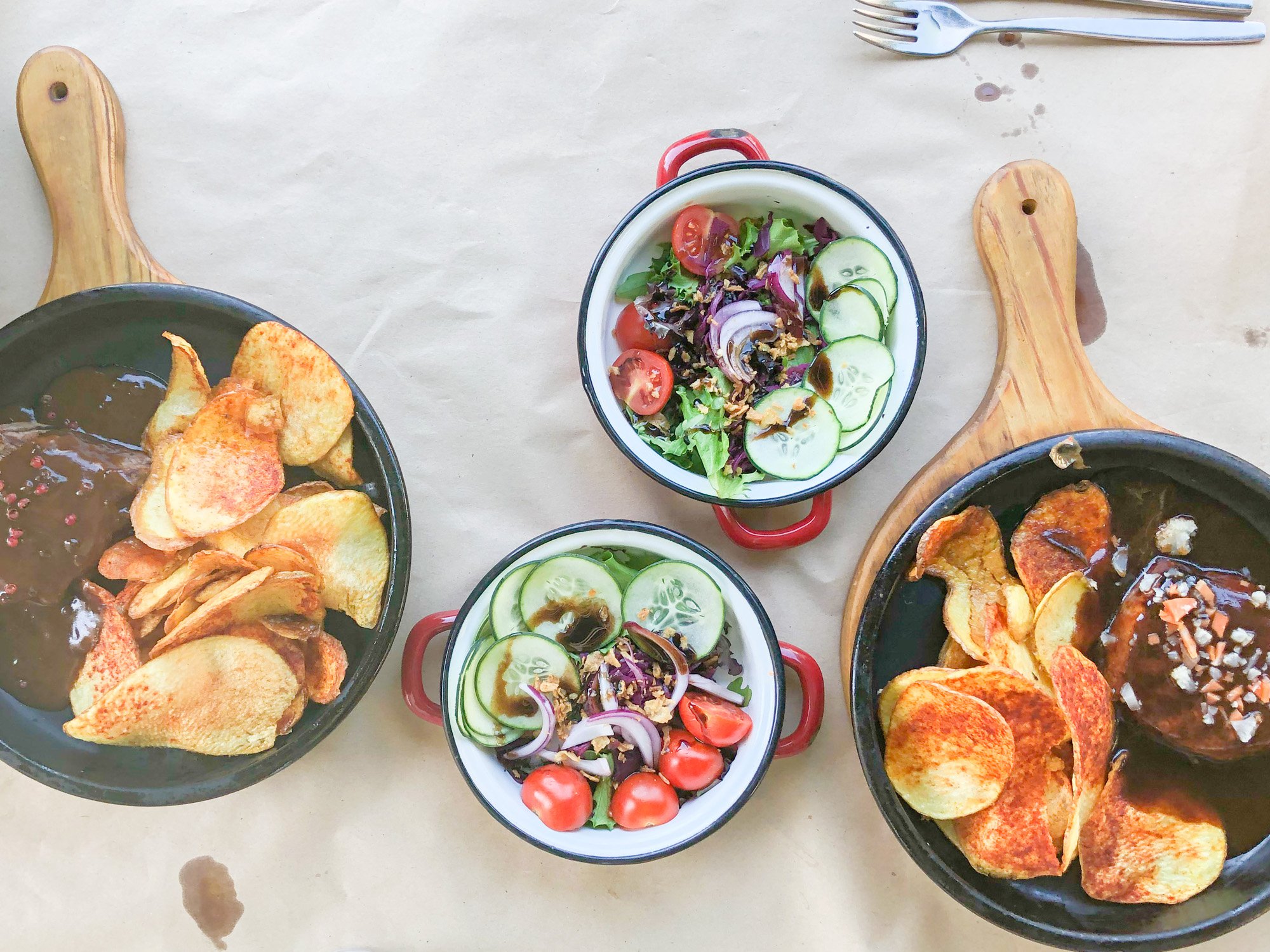 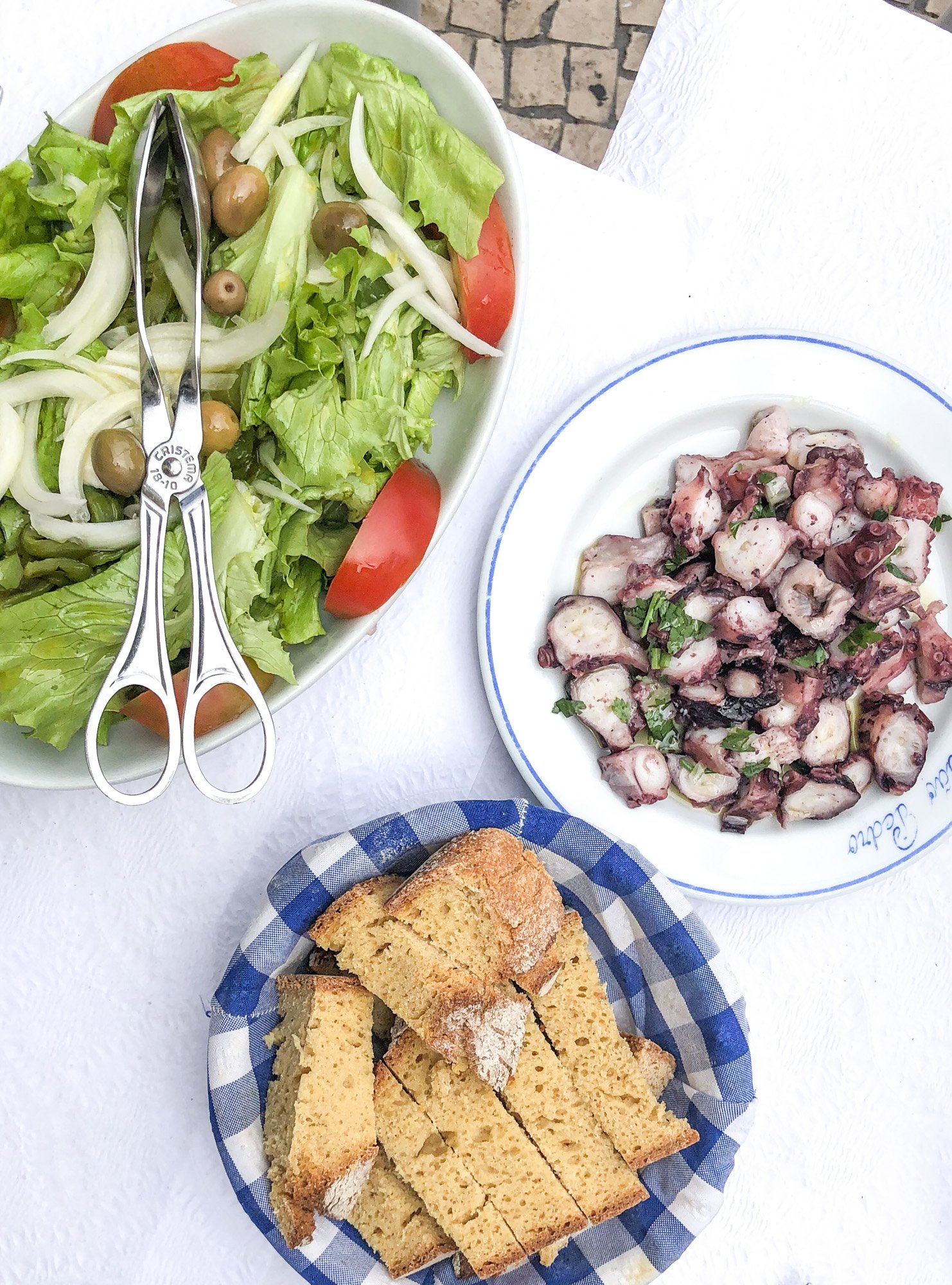 Each morning, I looked forward to a coffee (like espresso in the US) and one of the pastries that they are known for the Pastel de nata, with its flaky crust and baked custard-like filling, I enjoyed these very much. 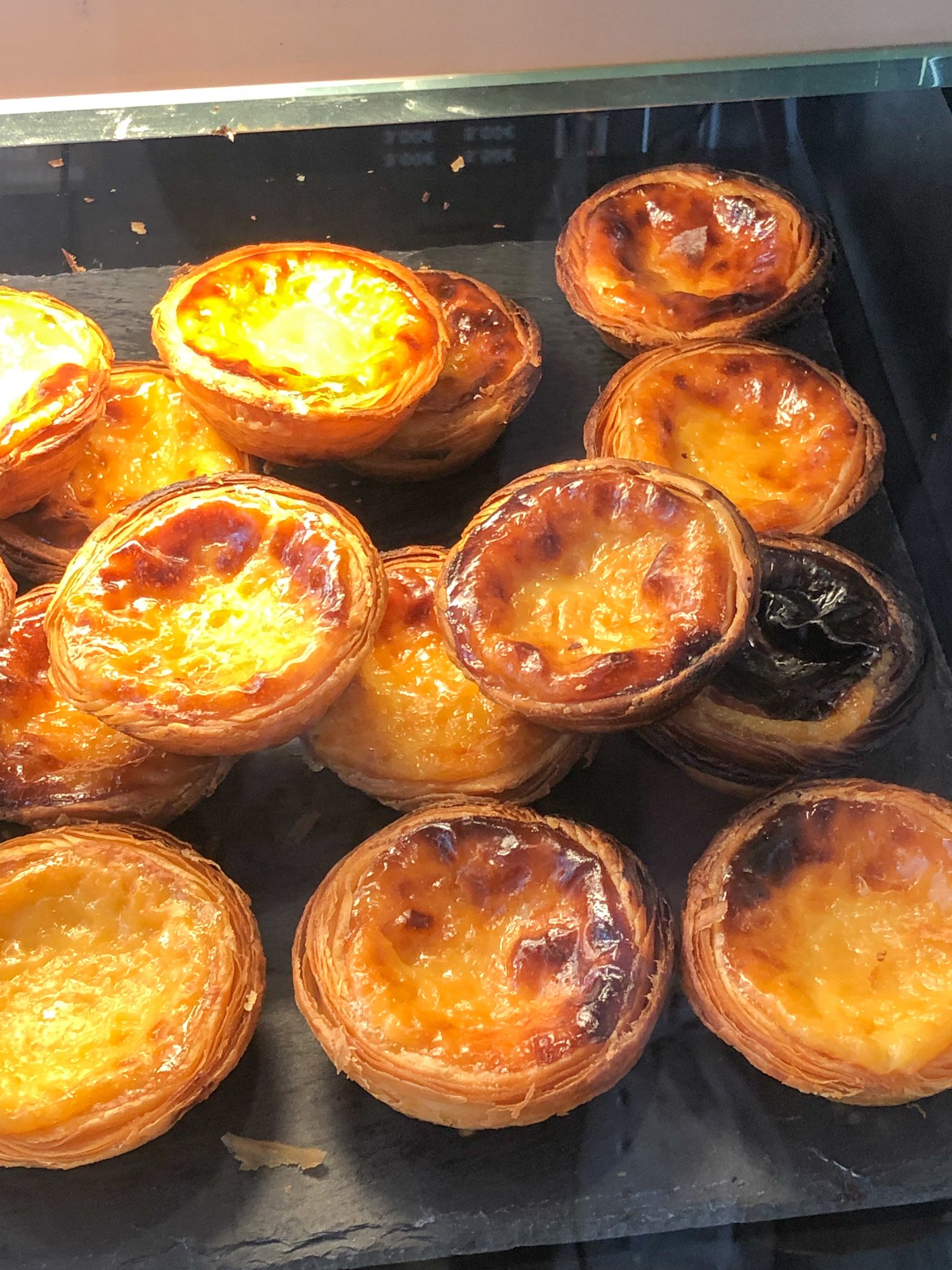 One of the things that I hoped to see in Porto was chickens. I was not disappointed when I turned the corner and found a street organ performer with Silkie chickens.  At first he was snuggling one of them in his arms as he played.  Then the two of them pecked and strutted around as he made music.  I was so happy to find them! 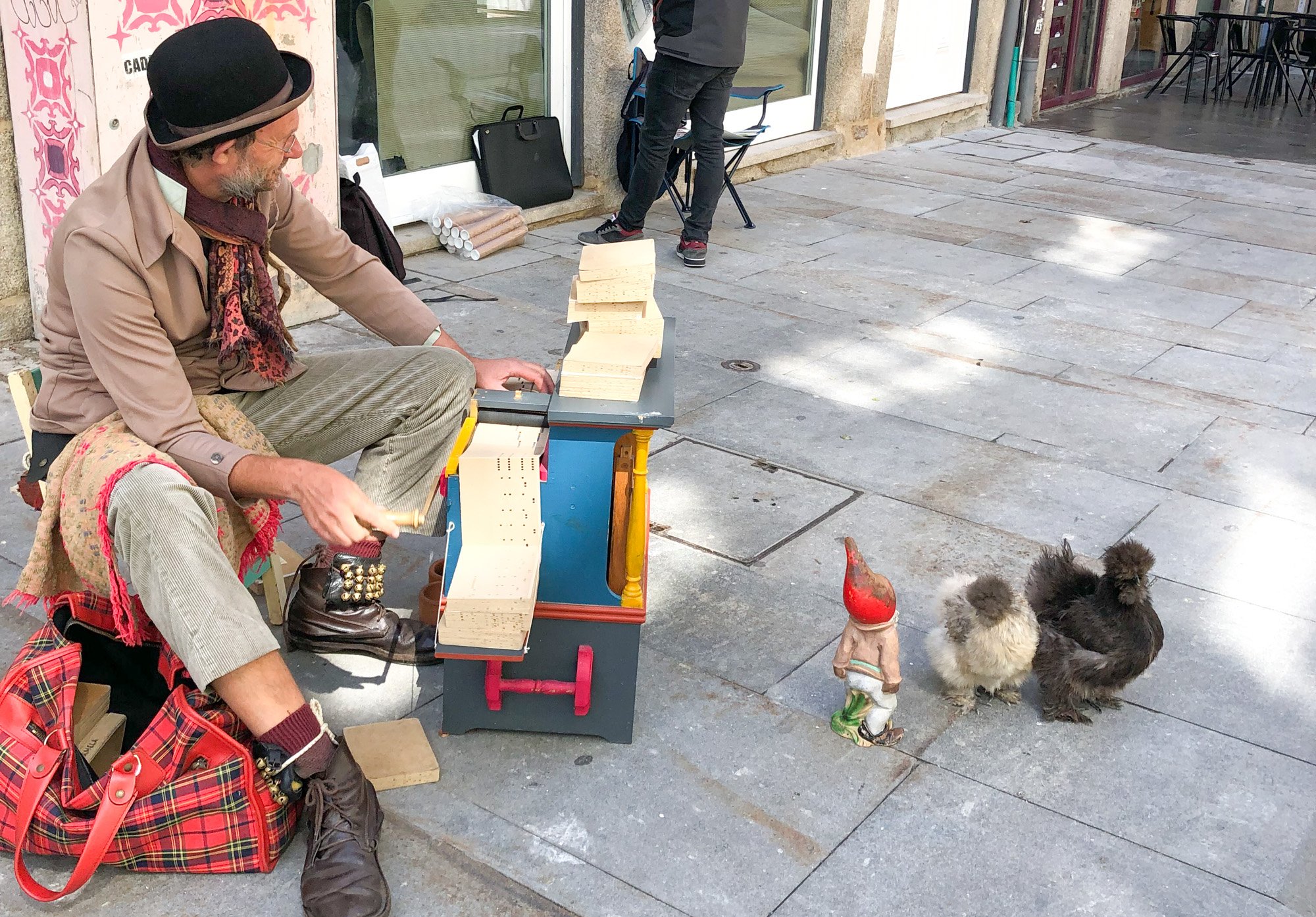 I have other adventures planned for this summer, so I hope you will follow along as I take some family time out after working on the third book due out Spring of 2020.  Thank you for following along on all of my adventures.