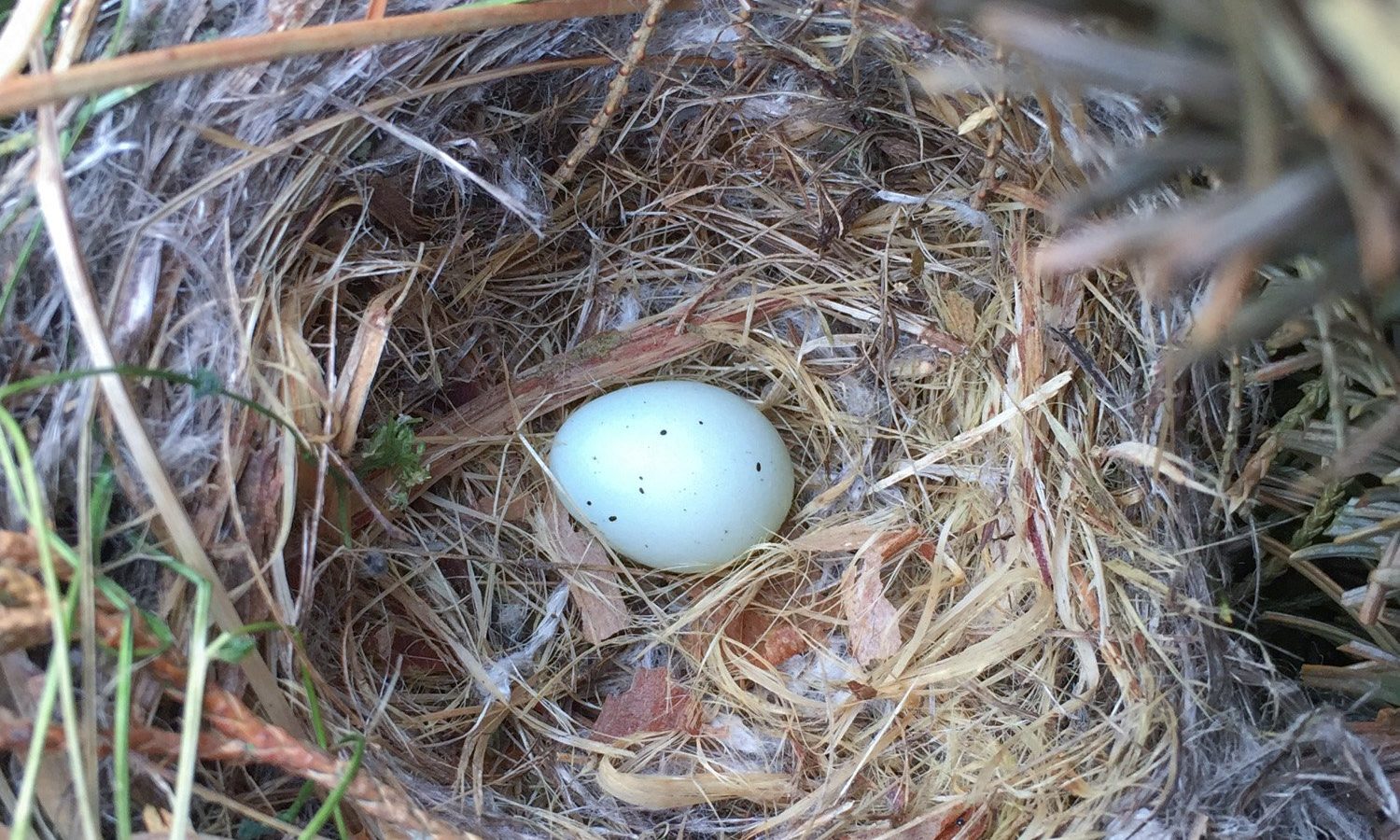 Discovered: A Secret Nest in the Window Box

Spring has taken it’s sweet time to come to Cape Cod. Still with temperatures in the 40s at night- mid May, it seems as though everything is stalled. Beautiful annuals that usually spill from the window boxes on the front of my home were also delayed. The window boxes lay dormant and lifeless. Still filled with dead, brown and decaying evergreen branches, it was time to do some thing about it.  This was not the first time, but little did I expect to discover a bird’s nest.

So earlier this week, whether warmer weather was here or not, I needed to pretty them up. I ventured over to my local garden center and selected some lovely annuals that had already been hardened off for the cooler temperatures. As I got to work, removing old pokey branches of hollies, fir, pine and arbor vitae, I noticed a tiny little nest. It was filled with one wee little white egg with tiny little black specks. Earlier in the week I had heard tiny peeps coming from that vicinity, but I didn’t think twice about the house finch I had witnessed checking out the box. I was too distracted from everything else that needed to get done in the yard. 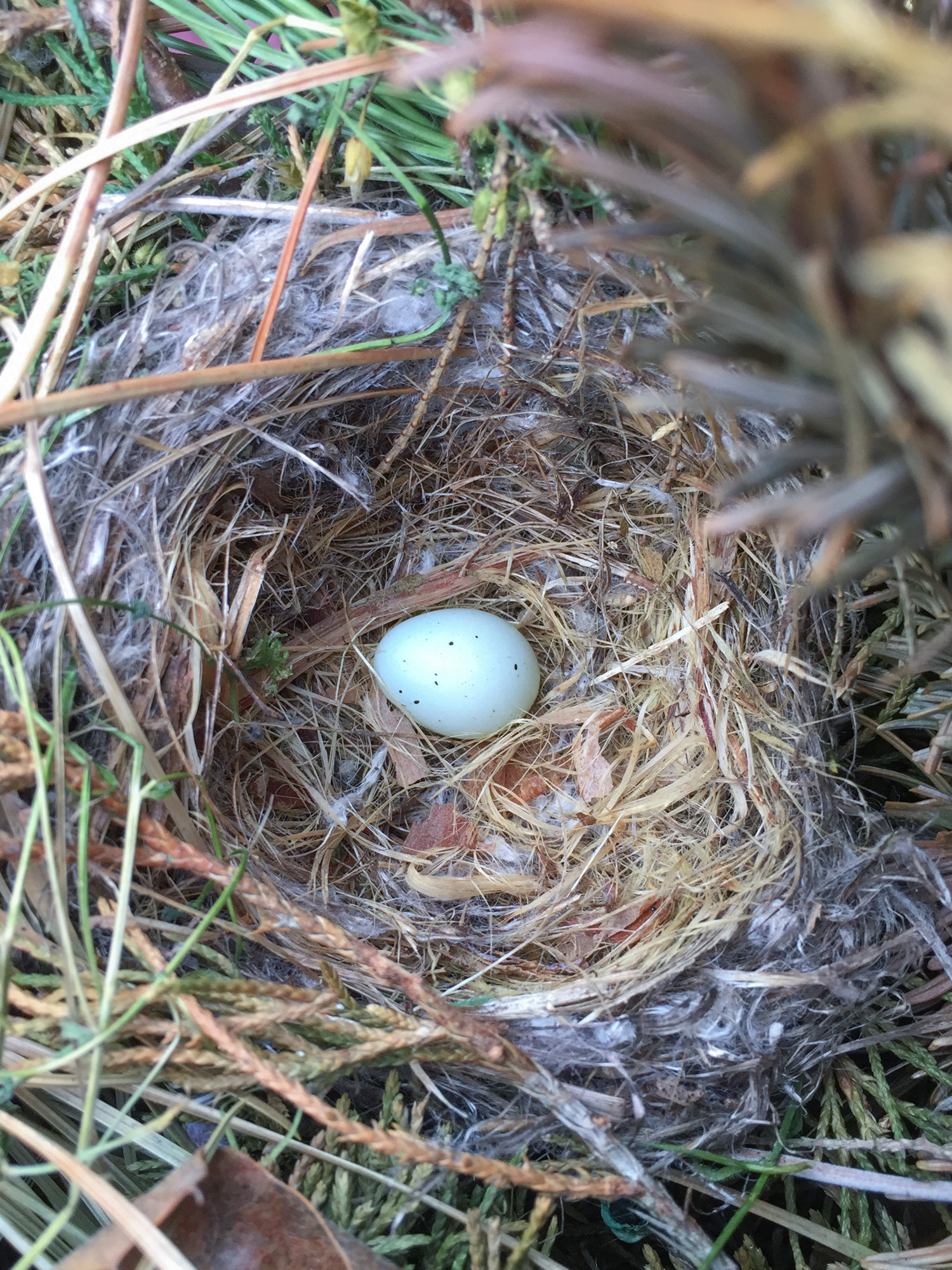 I didn’t want to disrupt the nest, but calculating the time from hatching until the end of chick rearing, I realized that they would be here with us at least a few weeks. So I pulled out what I could and left the right side with the tiny nest undisrupted.  I have to admit it looks a bit funny and I felt frustrated at nature not allowing me to do what I wanted.

I moved over to the other window box. As I began emptying out the evergreens from that box, I could not believe it, another nest! This time, this one had already been used. Yes, that is what that peeping I heard was. This nest, held two eggs and was being reused for a second clutch, most likely because it worked out so well for rearing babies the first time. 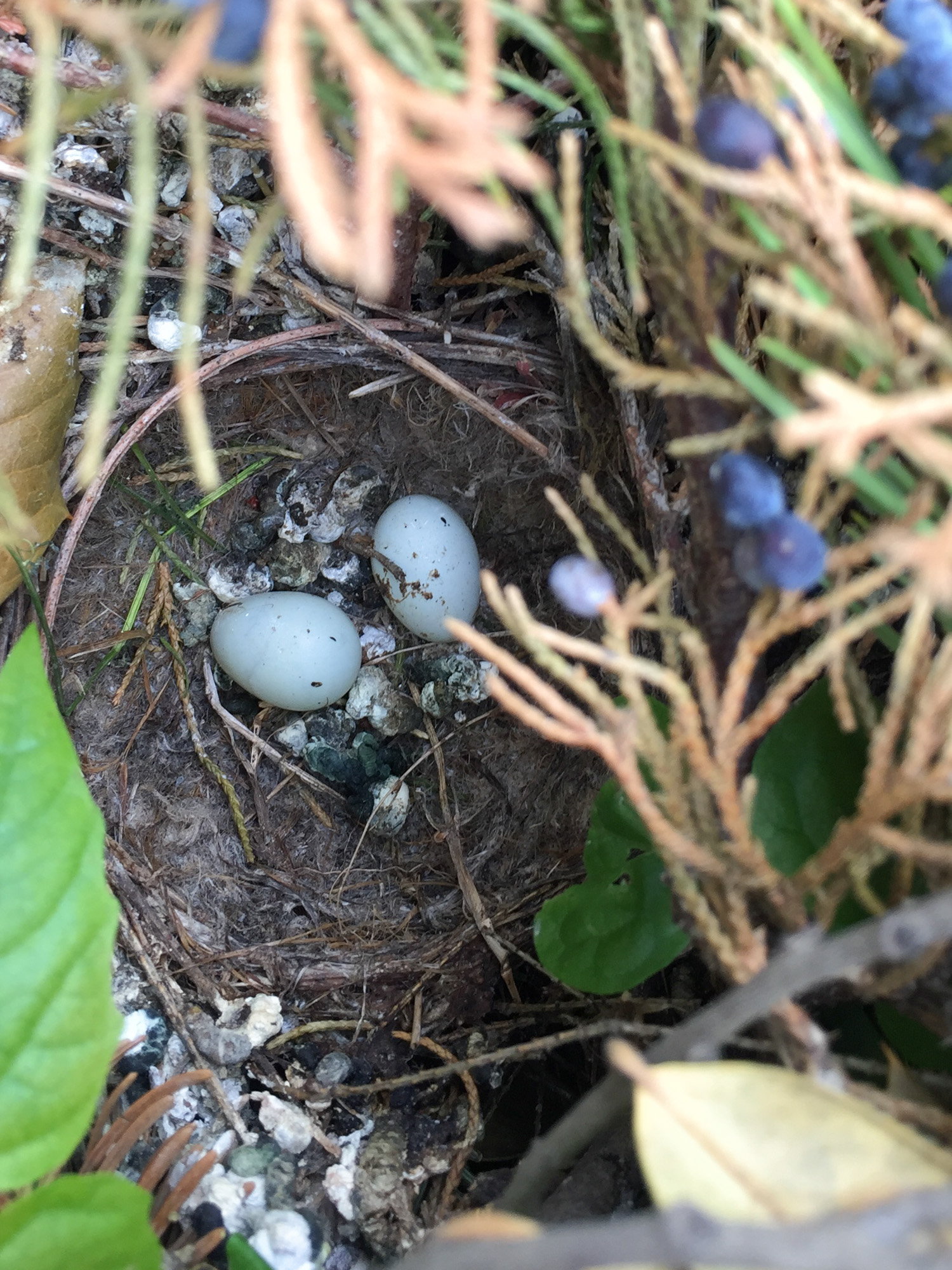 I ended up planting the window box up with geraniums, dusty millers, petunias, lobelia and verbena along with old dead evergreens. I’m the first to admit, the look is unique. Then, it dawned on me, how nature seems to work everything out the way it is supposed to.

Those beautiful evergreens were stunning in the boxes all winter long. Slowly they decayed into something lifeless and ready to be cast aside for new plantings and a new season. But those dead, dried up, ugly evergreens were not done quite yet. They had one more job to do and that was to bring forth new life. They are providing support and shelter and a secret hideaway for new baby birds. They are the protectors of the teensy white eggs with black speckles, from old life will spring new.