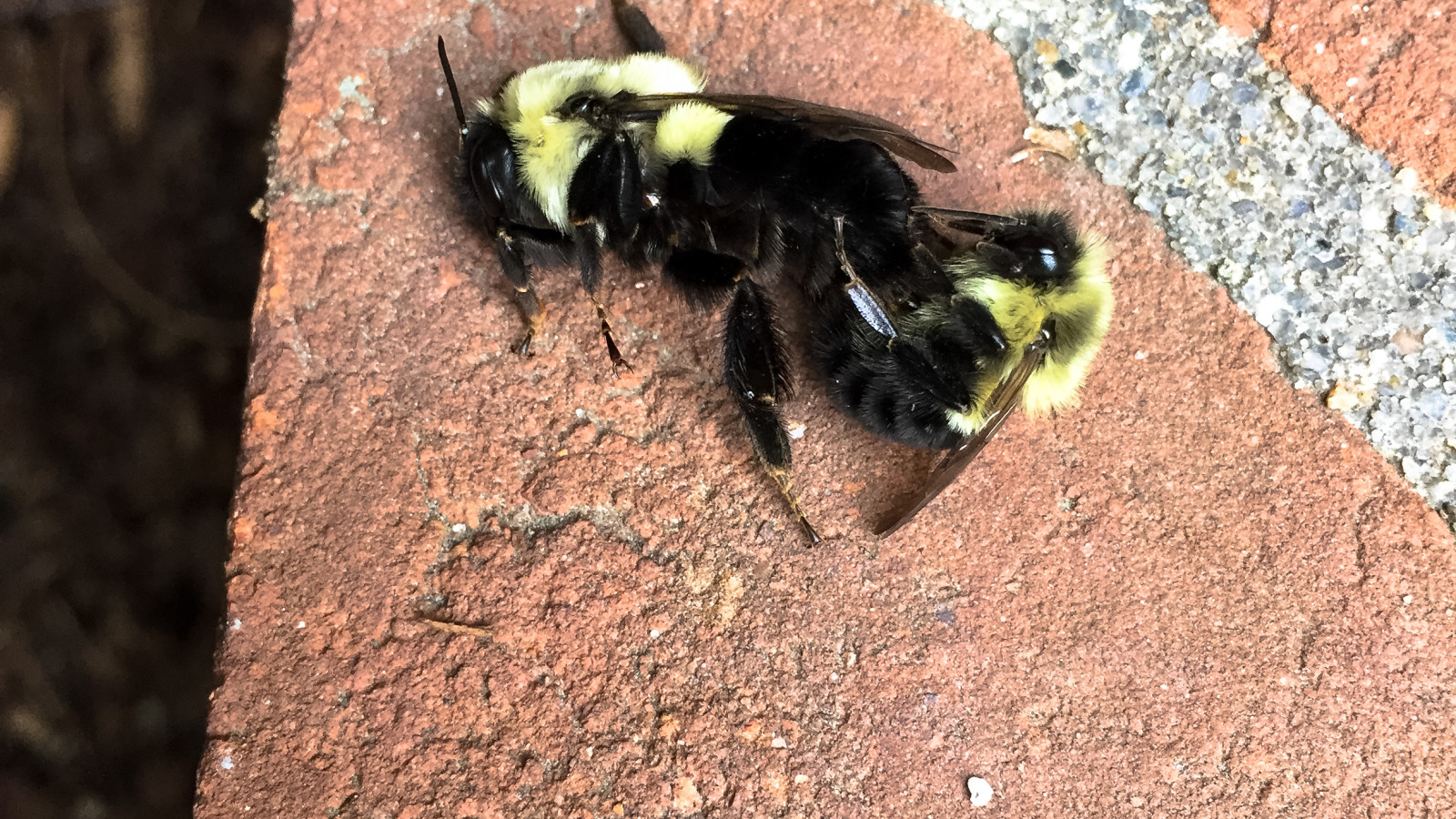 Yesterday was so hectic for me.  I’ve been getting up so early for my son to catch the bus each and every morning. Yes, I’m that early bird, catching the worm everyday at 5:30 am.  I worked for a few hours and then ran tons of errands, went food shopping, played taxi driver for the kiddos, made a homemade lasagna, and I still had a  6 pm meeting at my youngest’s school. By late afternoon, I was beat and running on fumes, but then like a gift for this beekeeper, I came across two bumblebees on my front steps. I had to take a closer peek. What were they doing?

I watched in sheer amazement. Were these two bees fighting? No, they were both pretty calm.  Did they care that I was there? No, they could care less and just stayed right where they were. I squatted down and just watched.  No, these two were mating bumblebees. Wow!  I texted two fellow beekeepers and they confirmed what I was seeing. Somehow, all that was weighing me down was lifted.  This was way too cool! 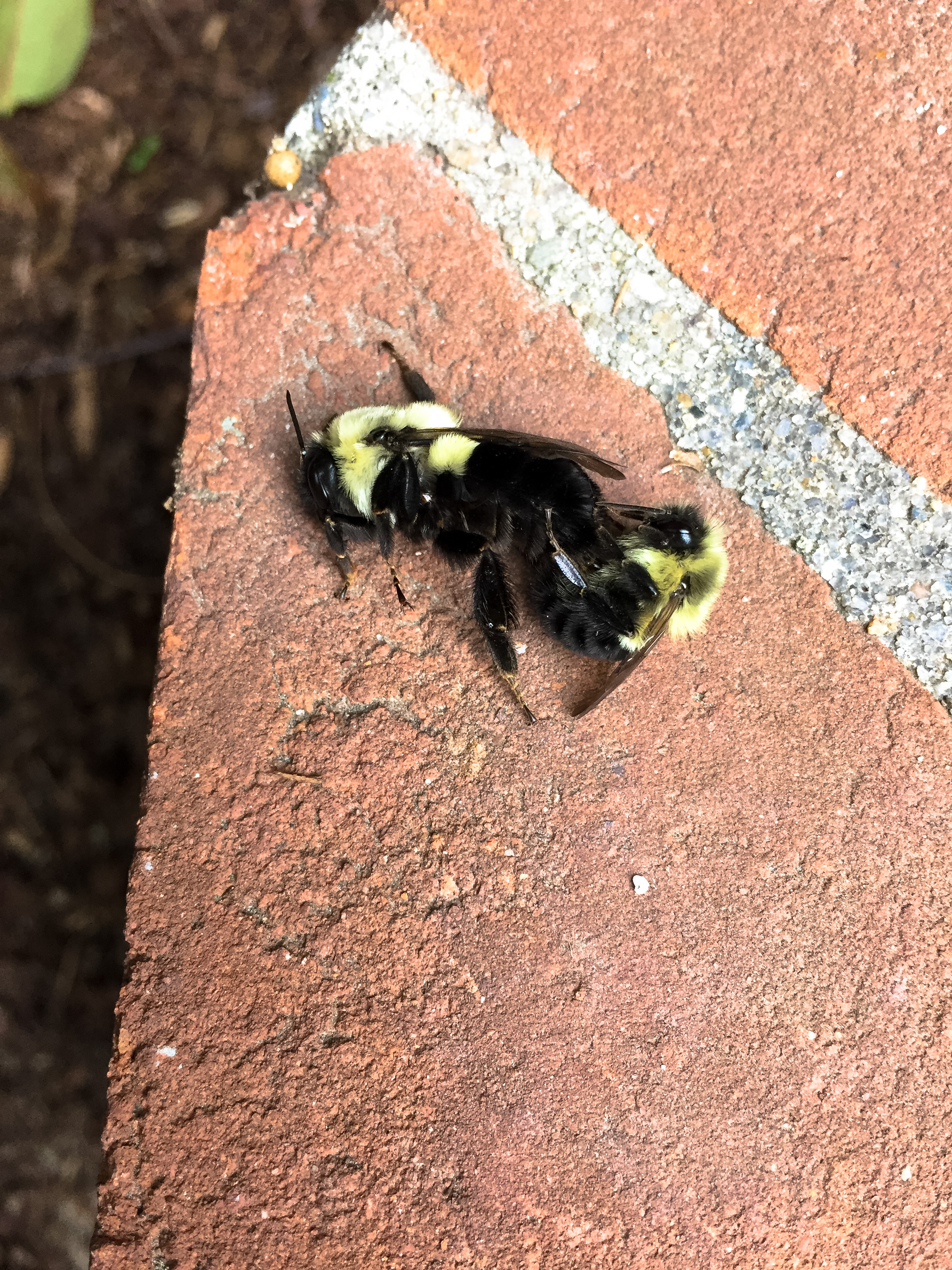 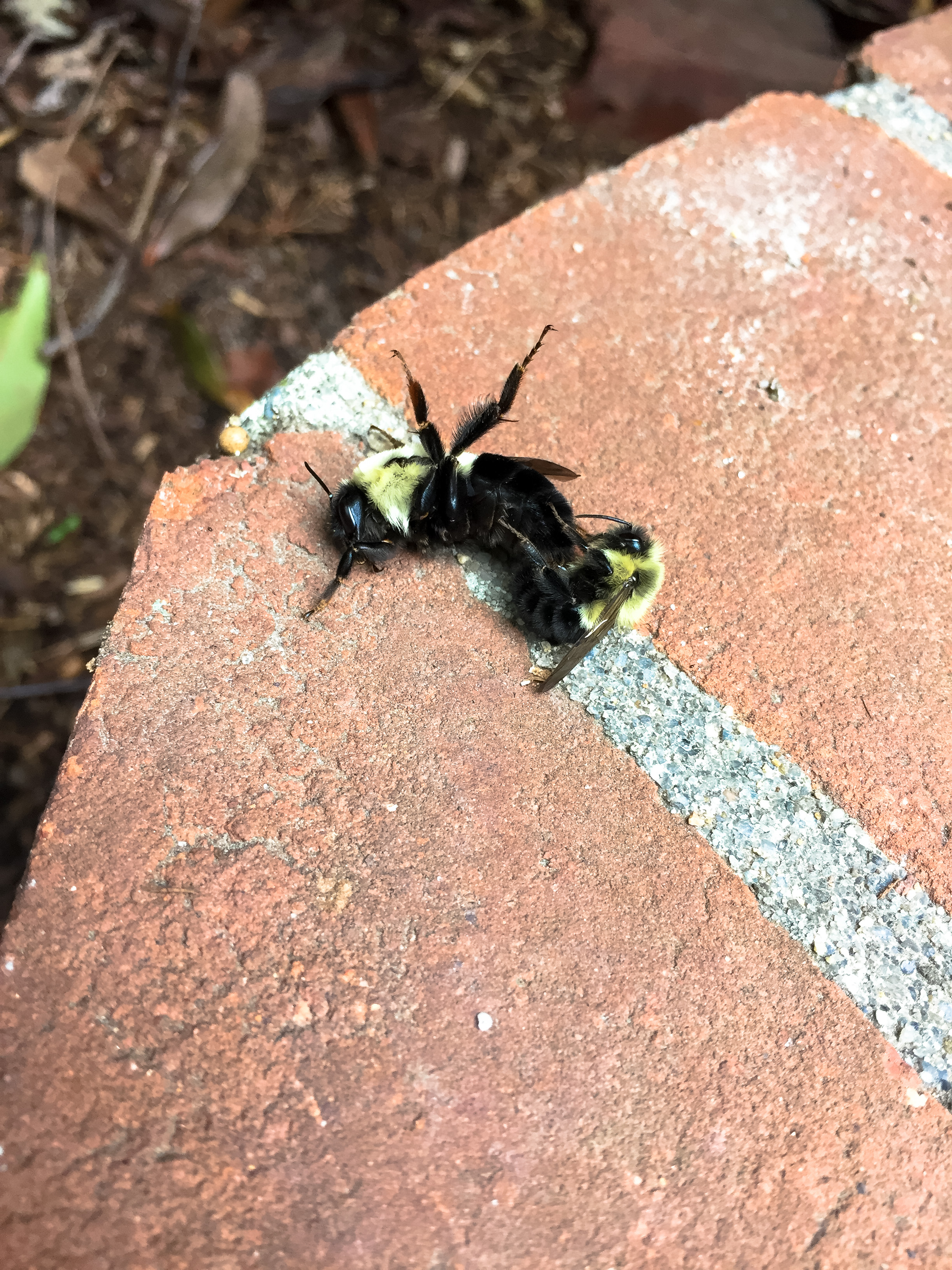 When it comes to honeybees mating, I know that a virgin queen will go to drone congregating areas and mate with as many males as she can prior to returning to the hive. I also know that male bees die after they mate with a queen. In this instance, these two were attached for a long time.  I watched them for about 20 minutes and had to get on with my day.  I warned the kiddos and my hubby not to step on them and just leave them alone. I especially didn’t want Sara, our Miniature Schnauzer, to eat them! The mating bumblebees stayed together for hours. Eventually, they fell off the steps. With a twig, I gently scooped them up. It was getting late. A couple of minutes later they separated.  I had to go off to my meeting but when I returned home, they both had flown away. I wonder if the male lived? 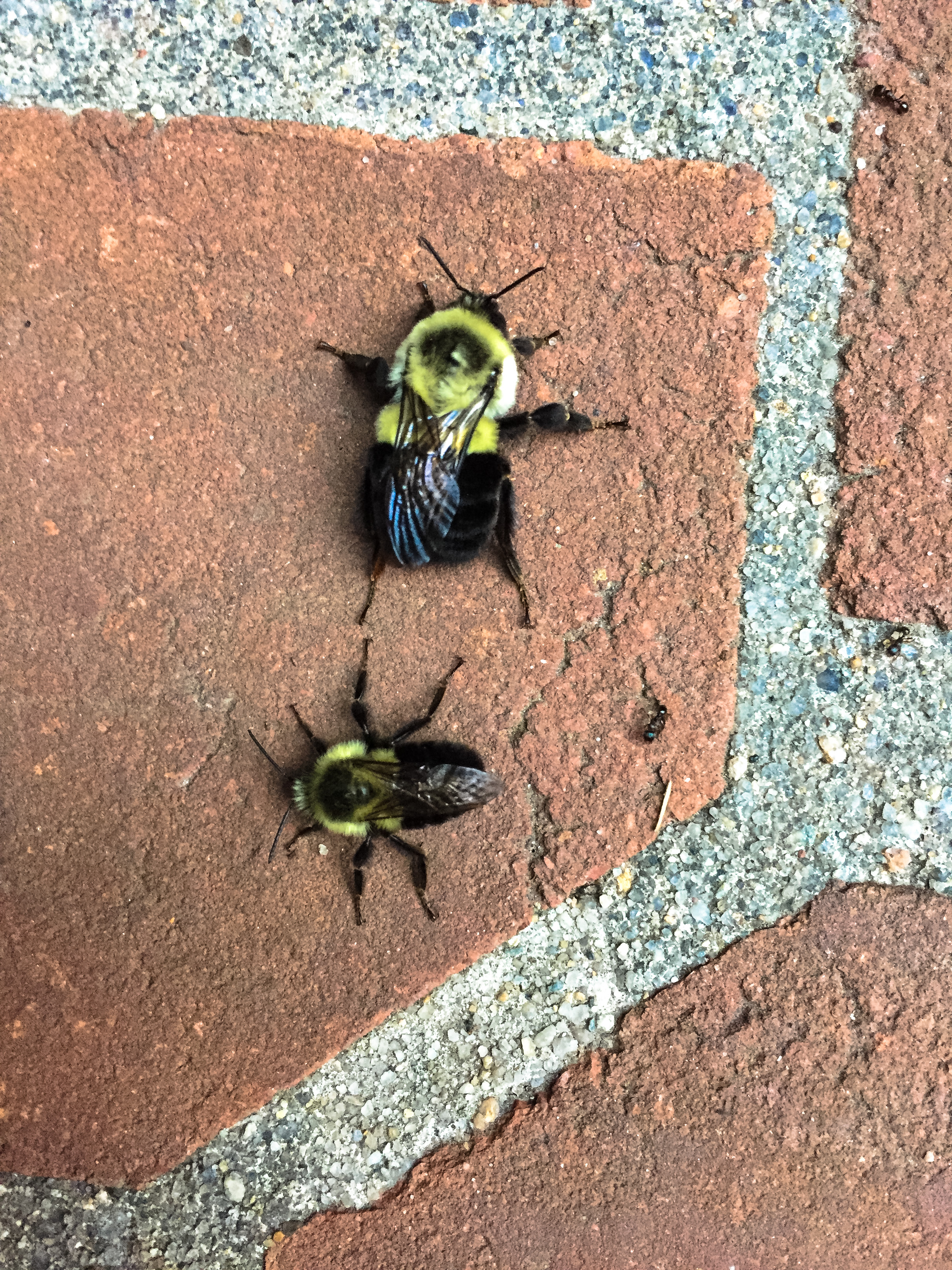 This morning I took some time to learn about the mating habits of bumblebees. Over the winter the entire bumblebee colony will die. The old queen will lay a new virgin queen that hatches out in the fall. The virgin queen mates with one male and finds him, because he “baits” an area where he lives with pheromones. After mating, she will return to her nest.  The remaining entire colony will die and she will hibernate. Come spring, she will begin laying eggs and start an entire new colony. Bumblebees only live for less than a year.

I was also so glad that I noticed these two.  Sometimes in the hustle and bustle of life, we fail to see the little things- stop and smell the roses.  I guess for me yesterday, it was stop and watch the mating bumblebees. My time with them was a gift.