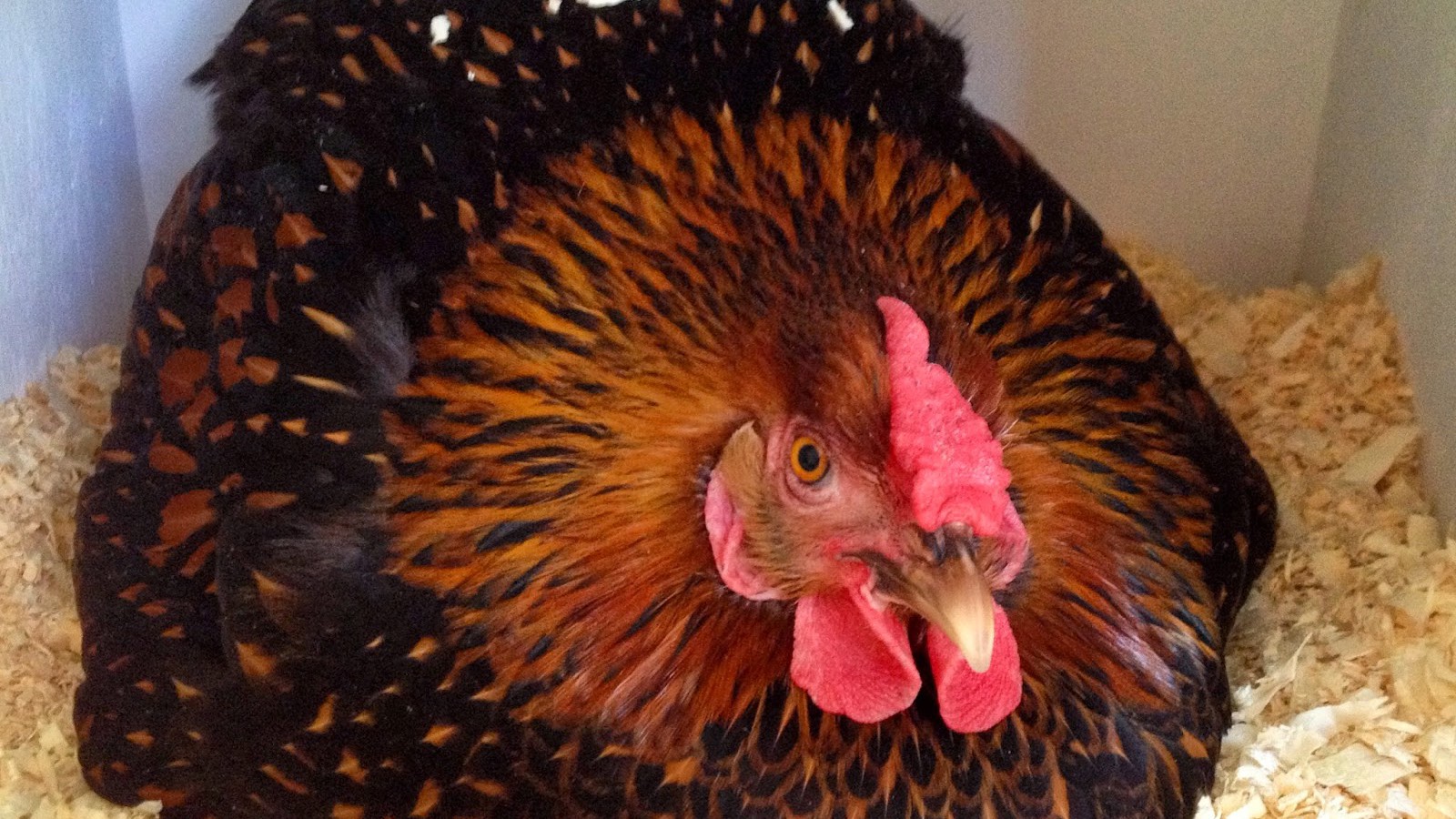 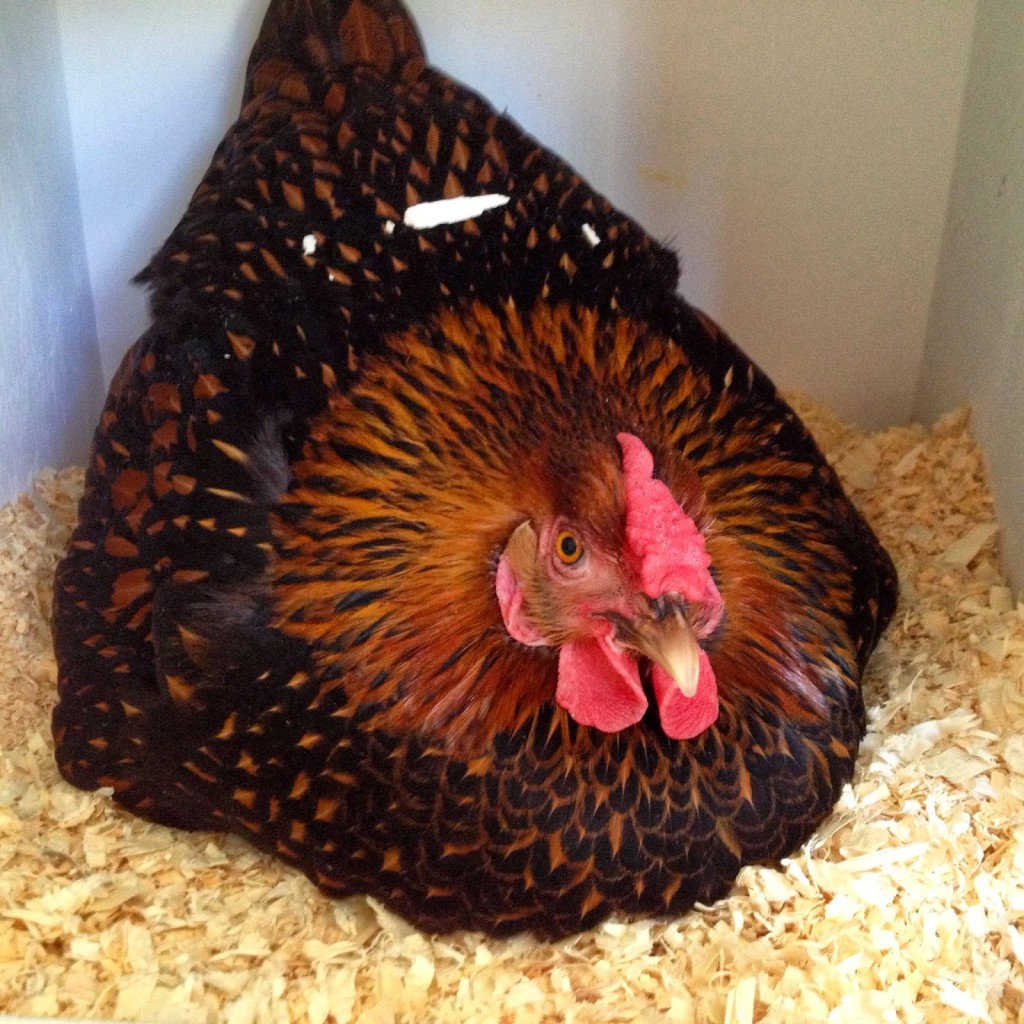 Ginny is our Golden Laced Wyandotte. A few weeks ago, it became apparent to me that she could no longer live with the other girls as she picked up the bad habit of feather picking. It all started when her and her sisters were going through their final molts as pullets. Those new pin feathers were enticing, so enticing that she found them irresistible. She began to peck at her younger sisters removing the feathers over their tails and from around their vents while sparing the older flock.

We increased the boredom busters to try and curtail her. We added heads of cabbage, two flock blocks, and treats they had to “work” for. We increased their protein by sharing meal worms and sunflower seeds. Unfortunately, no matter what you do, nothing works. She needed a chicken time out. We put her in our small chicken coop. Our plan was to return her as soon as her sisters were completely re-feathered.Yesterday, I heard a ruckus outside as a snow storm was occurring outside. The sound was different. I needed to go out. As I opened the door I saw a sly fox sprint across the yard. I think the chickens were spooked. Everyone was protected in their coops and runs, but I had to make sure.

I checked on Ginny first. She was huddled inside the small coop. She was on the roost facing away from me. I could see blood dripping. She was scared. Her comb and beak were bleeding. Part of her comb was ripped away and the top layer of her beak was damaged.I immediately reached for our chicken first aid kit. It had everything I needed. I gently coated the bleeding comb and beak with cornstarch. The bleeding stopped instantly. I sat in the snow and held Ginny in my arms and lap. She began to calm, as if she knew I was helping. I wiped off and cleaned what I could with Vetericyn. I left her beak alone because I wanted to see what her body would do before I intervened. I returned her to the coop and added some vitamins and electrolytes to her drinking water.  As it was almost 4 pm, I locked her inside the coop for the evening. It was getting dark and I wanted her to rest. I would assess her again in the morning.

I went out early. I opened the coop’s pop door and out she came to say good morning. 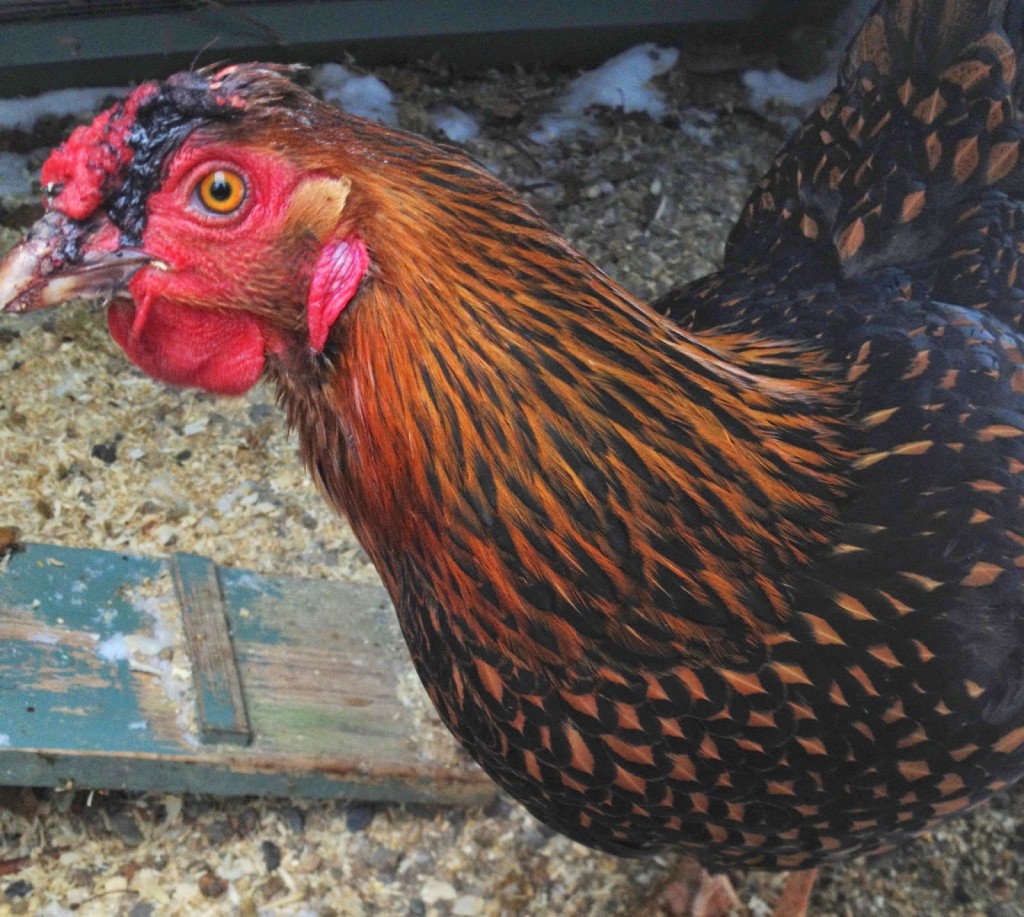 From midway down her beak to the tip, the upper layer was split into two halves. I’m glad I didn’t remove it as it looked like the blood “glued” it back into place. The comb didn’t look too bad considering a good portion of it was hanging off when I discovered her. 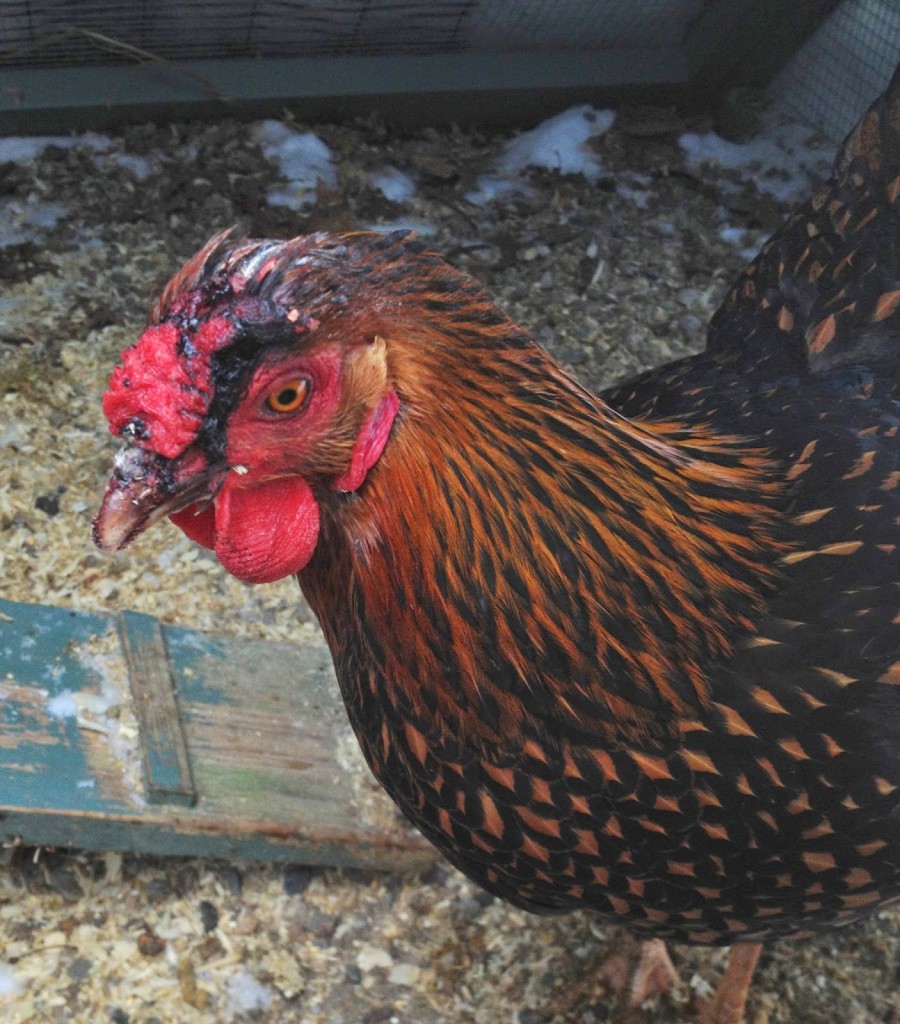 I gave her head a quick misting with Vetericyn and tossed in a bit of scratch. I wanted to be sure she could use her beak. She quickly got to work. 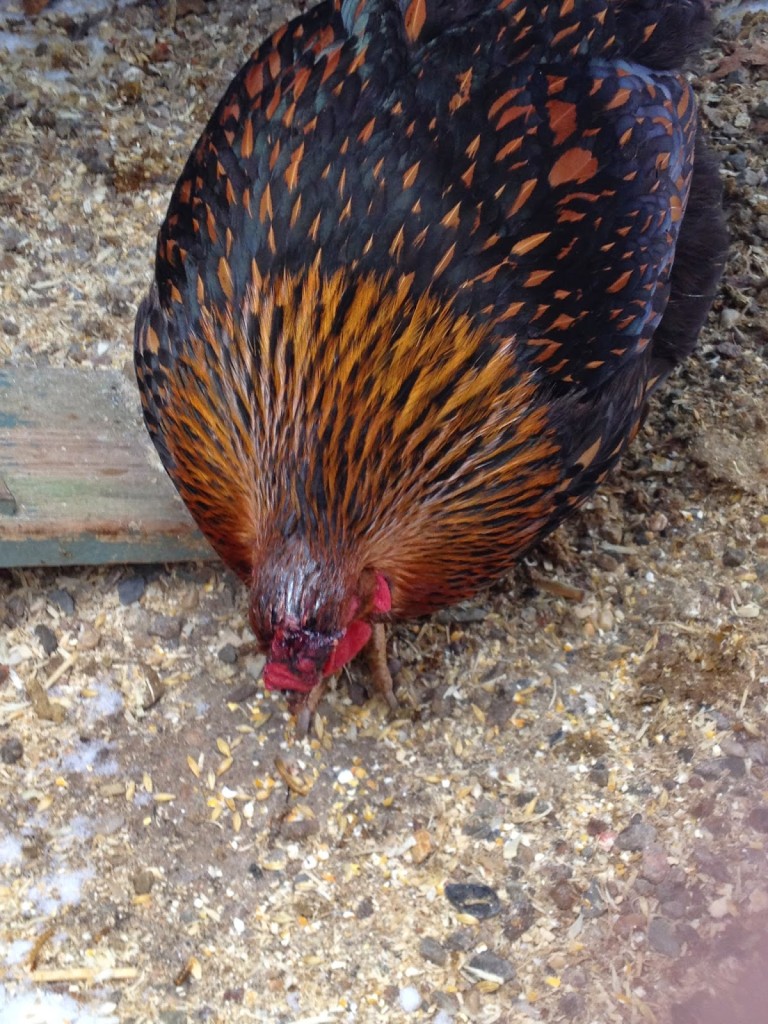 Over the course of the upcoming weeks, I will apply the Vetericyn two times per day until the wounds are mostly healed. I’m glad I was home when it happened.
I’m not sure how it all  happened. I do know that the fox was right by her run. He indeed left behind some paw prints in the freshly fallen snow. Did she get herself caught in a square of the hardware cloth? Did the fox spook her enough that she flew up and hit her head on the top of the run?  I will never know the answer of how it happened. The only silver lining of the story was that I was prepared to take care of her.

Author’s Note: If you don’t have a small empty coop for an injured chicken, you might consider making one of these for inside your coop or run just in case. It’s always good to be prepared.

14 thoughts on “Comb and Beak Injuries in Backyard Chickens”