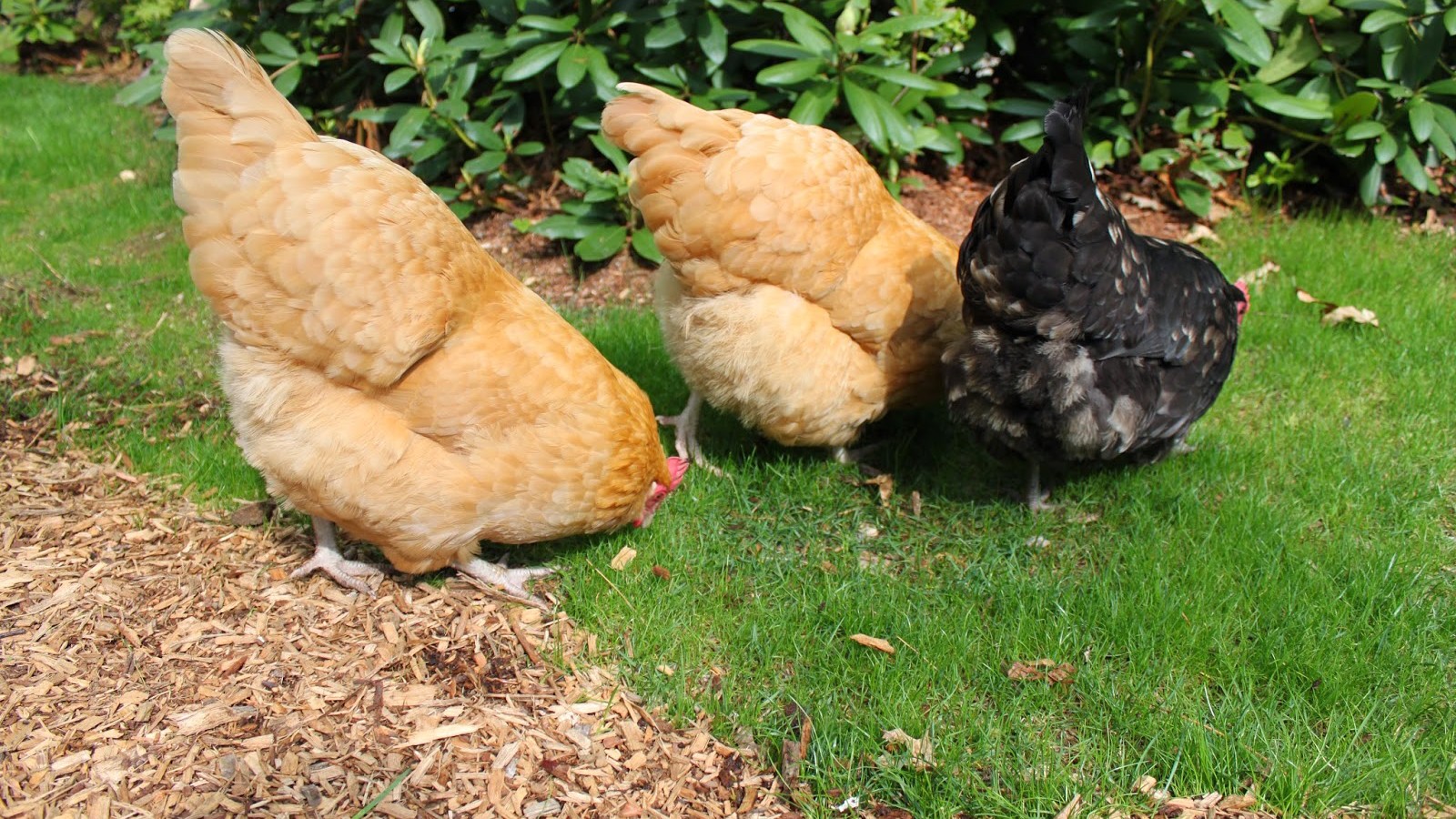 As avian influenza begins to emerge in even more backyard flocks of chickens, I thought that it was time to chat a little about how and why this is happening here in the Pacific Northwest of the United States.

The Basics: Understanding the Flu
The next 2 paragraphs are a simplified explanation meant for the general public. There are many more details that have been omitted for the simplification of this article.


First, we need to talk a little bit about basic biology and epidemiology. All flus are viruses. There are three types of flu viruses- A, B, and C. Influenza Cs are mild and influenza As are typically the most severe. Although influenza Bs can cause severe illness, they usually do not spread across the globe and have been found only in humans and seals. For the purpose of this article we will be discussing only influenza A. Every flu strain that has caused global pandemics has been a strain of influenza A. Influenza viruses are named based on the type of flu, the first host, the location where found, strain number, and year of first isolation. So for example, when scientists discuss certain varieties of influenza A, this is how they identify them: A/Swine/Iowa/15/30 (H1N1). But for the non-scientific, we focus on the H and the N.

Influenza A viruses are covered in specific glycoproteins called hemagglutinin and neuraminidase. This is how these viruses are named, thus the H and N designation. To date, there are sixteen types of hemagglutinin and nine neuraminidase, all glycoproteins, that combine in a variety of combinations to create each strain of influenza A. Currently there are almost 150 different strains, ranging from H1N1 to H16N9. Every single one of these strains can be linked to aquatic birds. Thus influenza A is always avian. All flus have the ability to mutate. Mutation typically results when these viruses are able to survive in new hosts such as people or other animals. In the years ahead, we can expect new strains of avian flu due to new versions of hemagglutinin and neuraminidase as well as their ability to combine with one another. This can happen when a bird is carrying two or more different strains of flu inside their bodies at the same time. The flu viruses simply switch out the hemagglutinin and neuraminidase with one another. Lastly some of these flus have been dubbed as Highly Pathogenic Avian Influenza (HPAI). This means that these strains can be very harmful to all birds, including backyard chickens. These are the ones affecting the chickens in the Pacific Northwest.

There are four major migratory flyways in the United States, the Atlantic, Mississippi, Central and Pacific. It is along these flyways where diseases are carried. But perhaps the most important piece of this equation is to realize that some birds that travel all four of these flyways originate from the Arctic refuge.

Avian flus are spread in bird droppings and in their respiratory secretions. Currently, these strains have not been found in humans, but scientists are concerned that with lack of proper hygiene these flus could easily mutate and begin to infect people.

What is happening in the US?

In the fall of 2014, two HPAI strains (H5N2, H5N8) were identified in wild birds that traveled along the Pacific Flyway, and they have quickly spread to wild and domesticated birds due to migration. In January 2015, a new version of the H5N1 emerged from the combination of Eurasian and North American strains (not the Asian version from the 2003 pandemic). This new strain is currently being studied at the CDC. At the time of this publication, these three strains have been determined not to affect humans. More than likely, backyard chicken keepers’ flocks in these areas were exposed to the flu. This could have been caused by sharing feeders, waterers, exposure to droppings or even intermingling.
Signs and Symptoms of Avian Flu
The mortality rate is 90-100% and occurs within 48 hours of infection.
Ducks can carry the virus but show no signs or symptoms of disease.
Incubation period can be days to a few weeks.
Green diarrhea
Bloody discharge from mouth and nose.
Cyanosis (blue color) and edema (swelling) of the head, eyelids, wattles and combs.
Erythematous (Red) feet and shanks.
Internal muscle and organ damage.
Nervous system disorders
Keeping Your Flock Safe
1. Consider stopping free-ranging until this outbreak subsides.
2. Keep wild birds out of your chicken coop and run. Cover it or add a tarp.
3. Keep chickens’ food sources and water away from wild birds.
4. Do not allow your chickens to hang out near wild bird feeders or bird baths, or temporarily take them down. Keep birdhouses and feeders far away from the chicken’s living area.
5. Designate scrub brushes, rakes, and other gardening tools just for your flock.
6. Use a single pair of shoes just for wearing when with the chickens. Store them in the coop to prevent you from dragging potential hazards in.
7. Do not share yard or garden tools with friends or neighbors.
8. Do not move or transport your poultry without having a state permit.

9. Do not move or ship birds if a member in your flock is showing signs of illness.10. Wash your clothing and shoes prior to entering different chicken coops in your backyard or even at friend’s houses.

If you suspect your flock might be infected, immediately call your state poultry inspector and do not move your birds off your property or from their location.

Testing will be done by the state and their lab to determine if avian flu is present.

There is currently no treatment. Flocks that are diagnosed are usually culled.

It is important to know that between 2005 and 2011 only about 10% of those wild birds that were tested for avian flus came back positive.

Unfortunately, my chickens love to free-range, but until this situation subsides, I am unable to take the risk. Living on Cape Cod, we are right in the middle of the Atlantic flyway and the birds have begun to migrate for the spring.