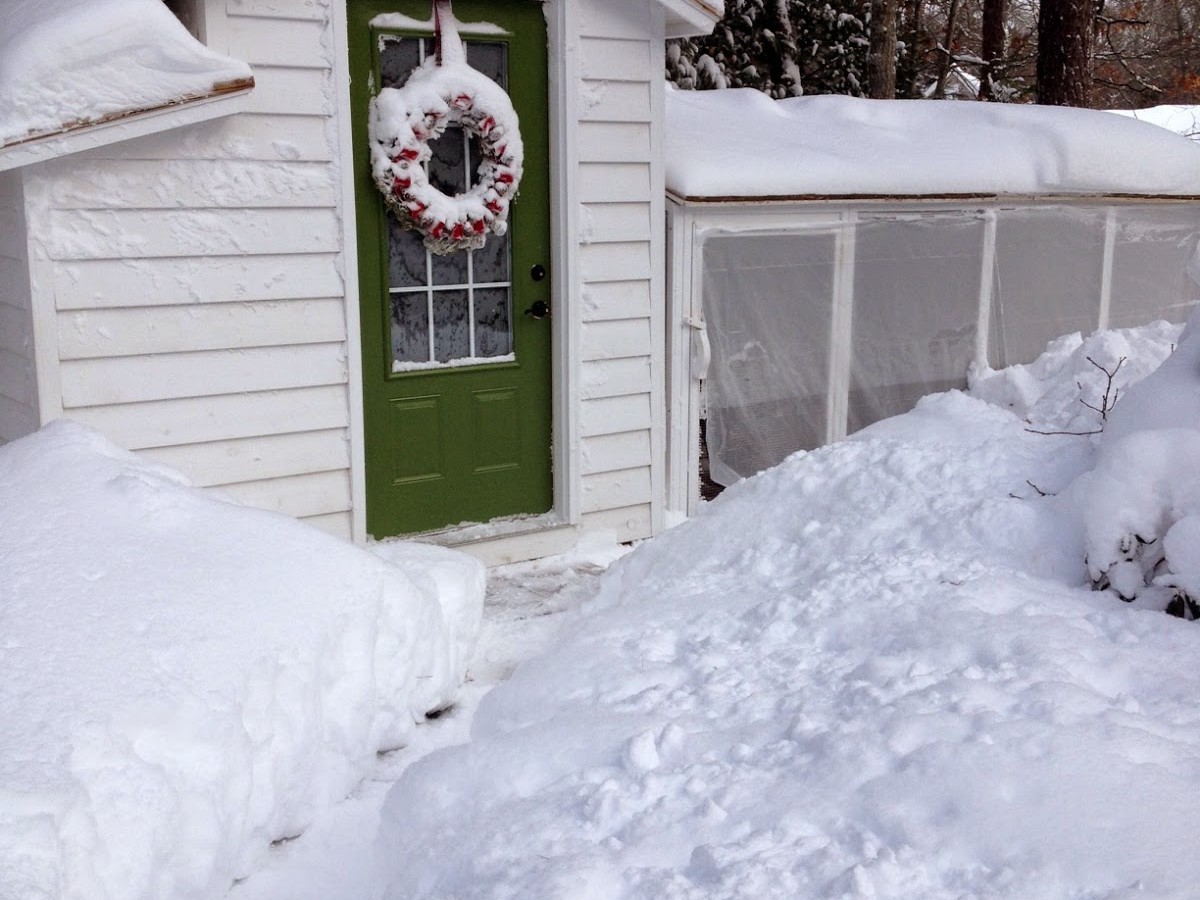 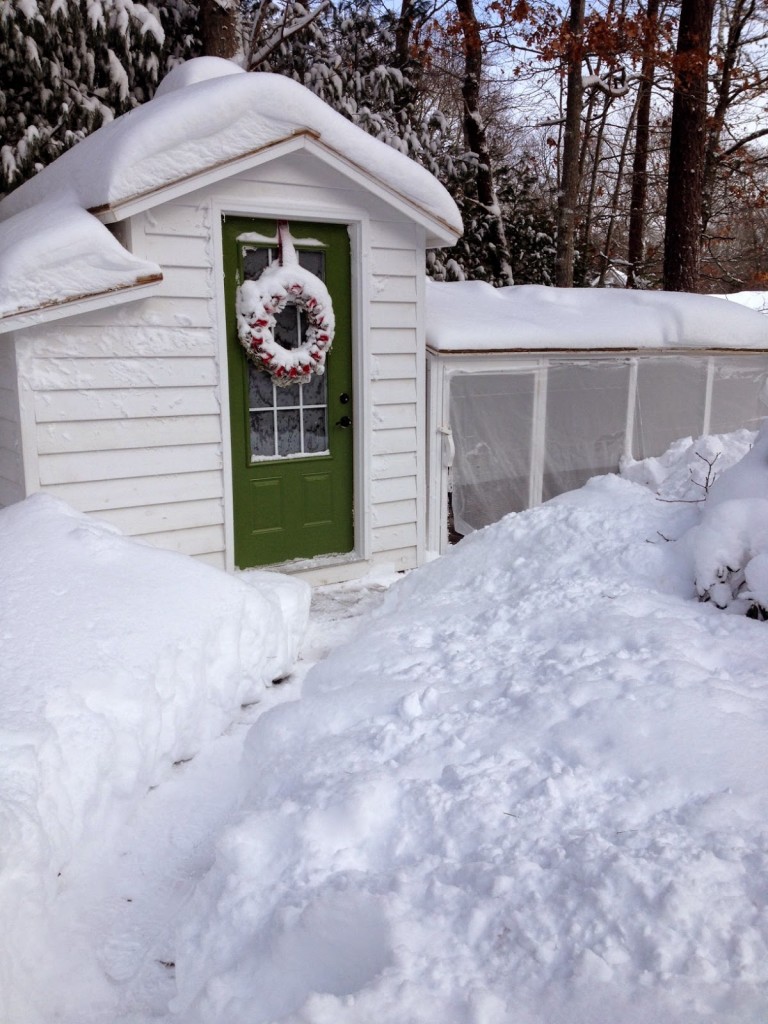 The Nor’easter lasted over 24 hours. It began Monday afternoon and finally let up on Wednesday morning. After 60 mph wind gusts with white out conditions, we were able to finally get outside to assess the damage. We all had cabin fever at that point and wanted to make sure that everyone weathered the storm. First up was the chicken coop. I started up the snowblower and began to clear a path. We shoveled out the smaller path to the coop. 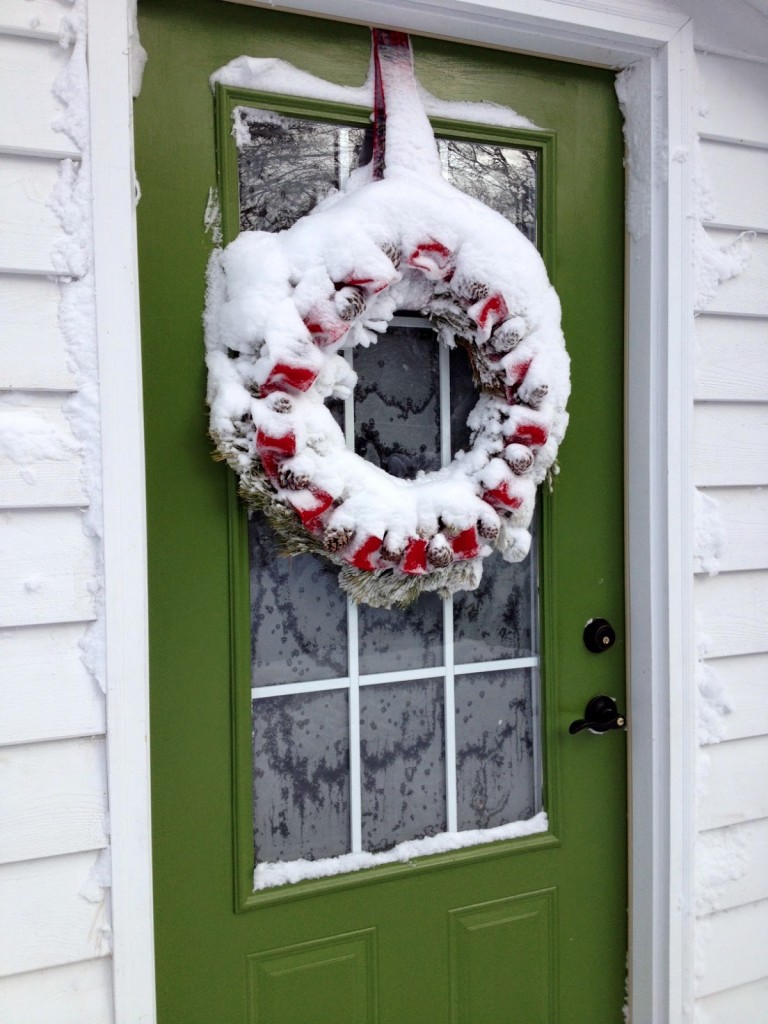 The lower layers of snow were wet and heavy and the top layers were light as air, like pixie dust. I’m assuming this is why we found 4-5 feet drifts as we took a peek at things. 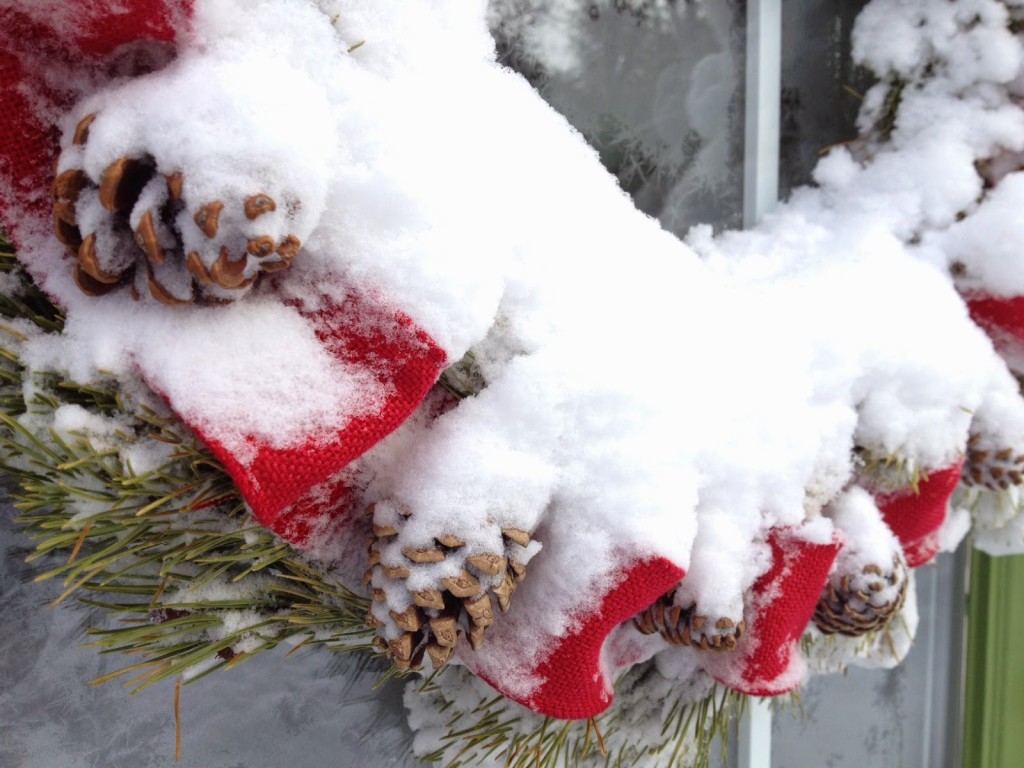 Everything looks so pretty with a dusting a snow, but this storm was a bit much for even a die hard snow fan. With storms like this there is no where to put the snow. There is just SO much! 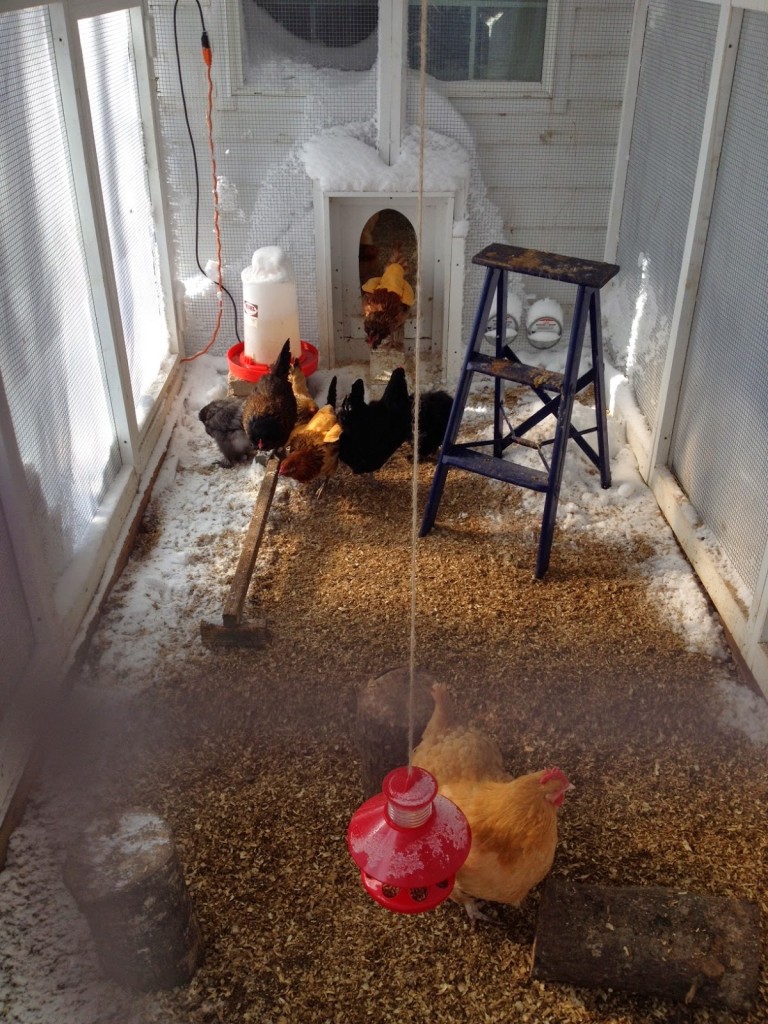 I waded through waist deep snow to grab this shot from inside the run. Before the storm we prepared the girls. One step was wrapping the coop in painter’s plastic with a 6 mil thickness. The girls hate walking on snow and even though some blew in for the most part things held up. (What’s that red thing hanging you ask?….shhhhh it’s a protocol I’ve been testing for a chicken company. Stay tuned!)
I waded back across the yard. The bees were next. Getting there was going to be tough! 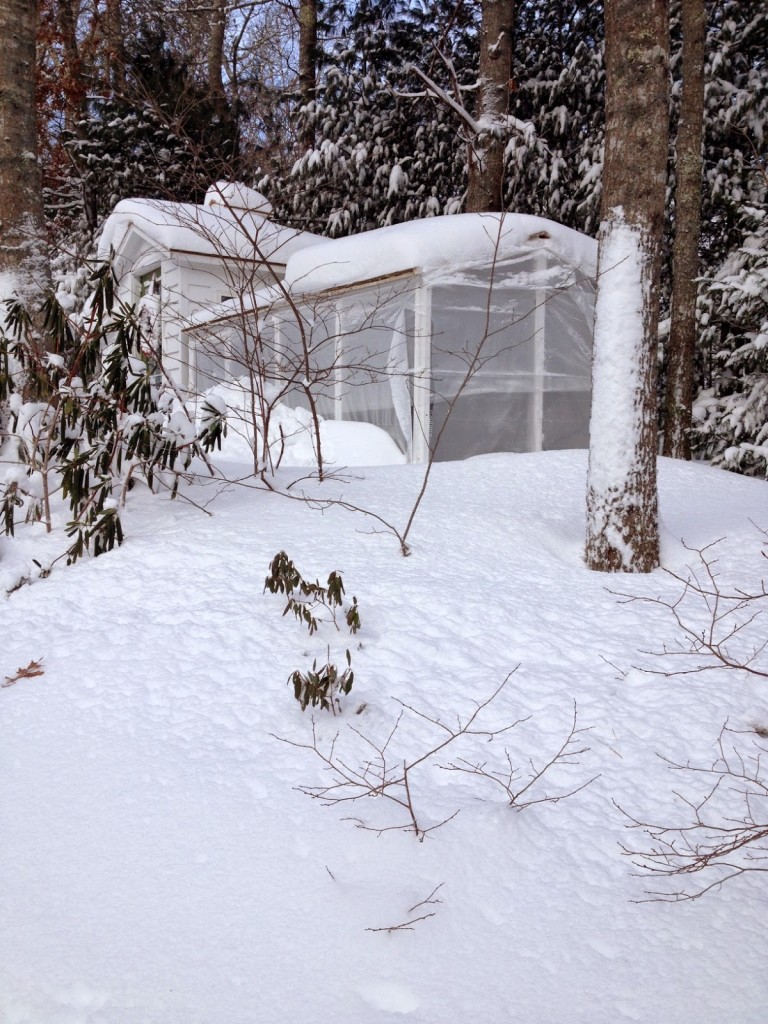 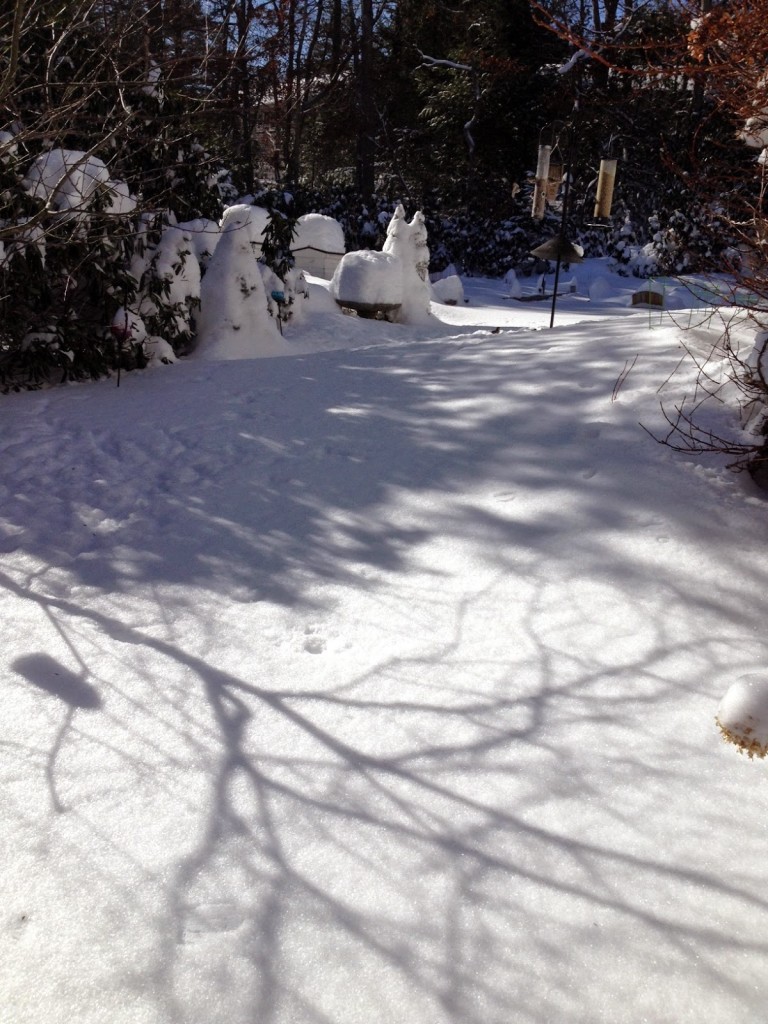 I had to wade through some of the deepest drifts to reach them.
See, they are there- in the top left corner of the photo. 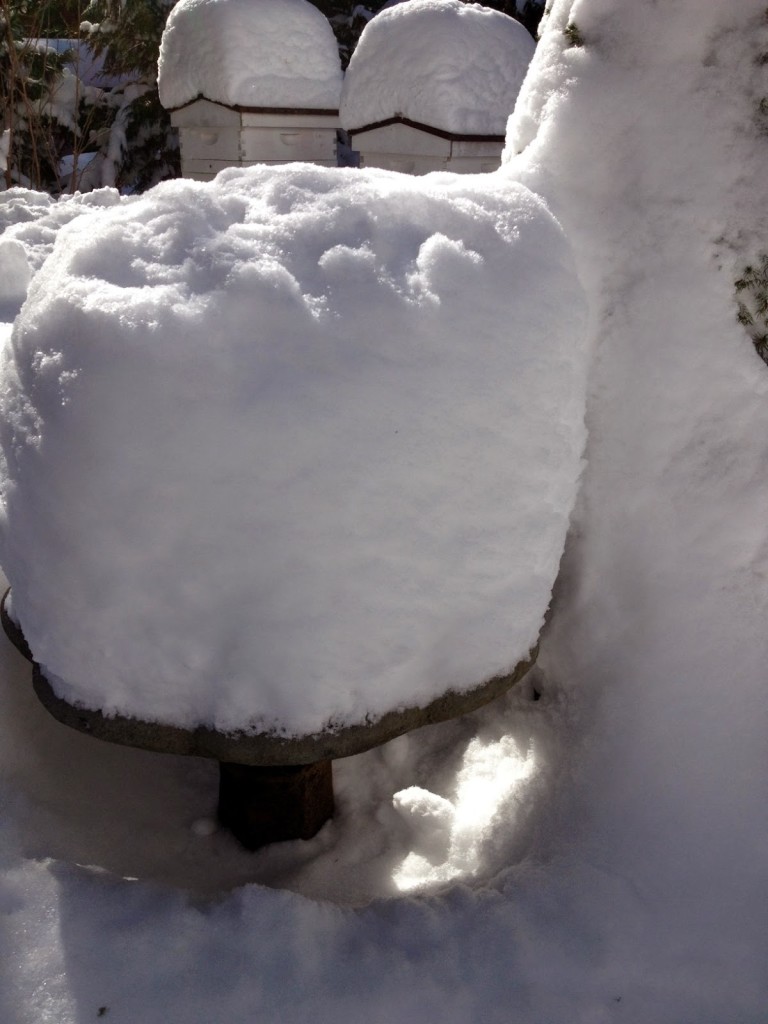 I was almost there. This was the birdbath. 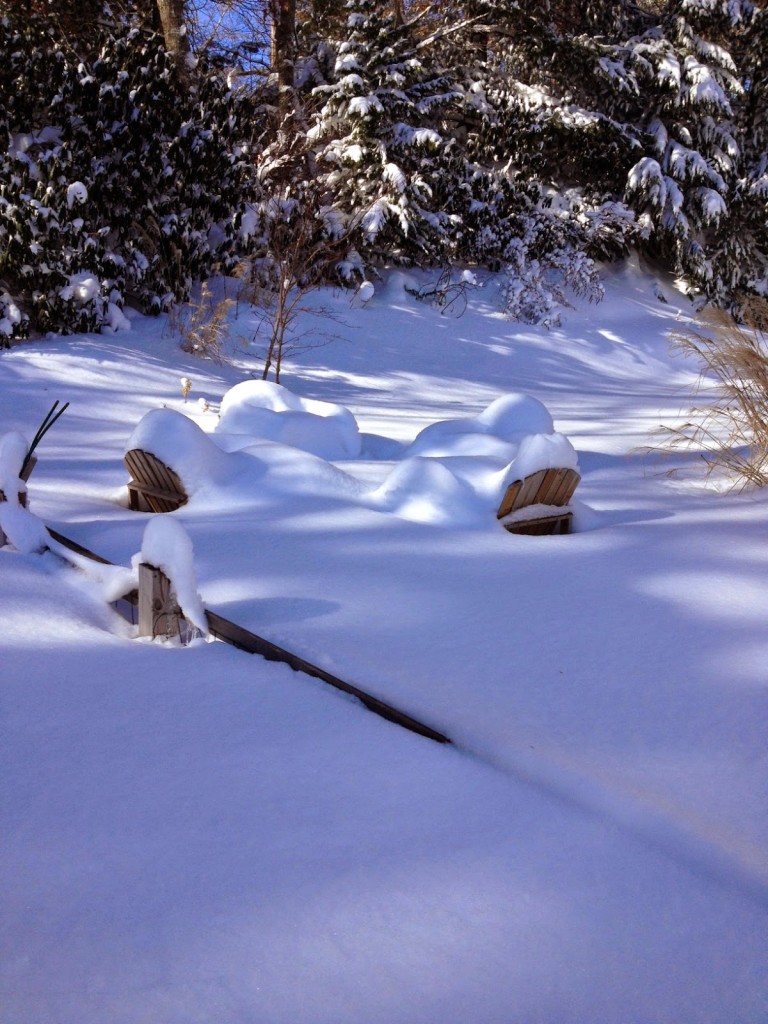 The seating area was completely covered. 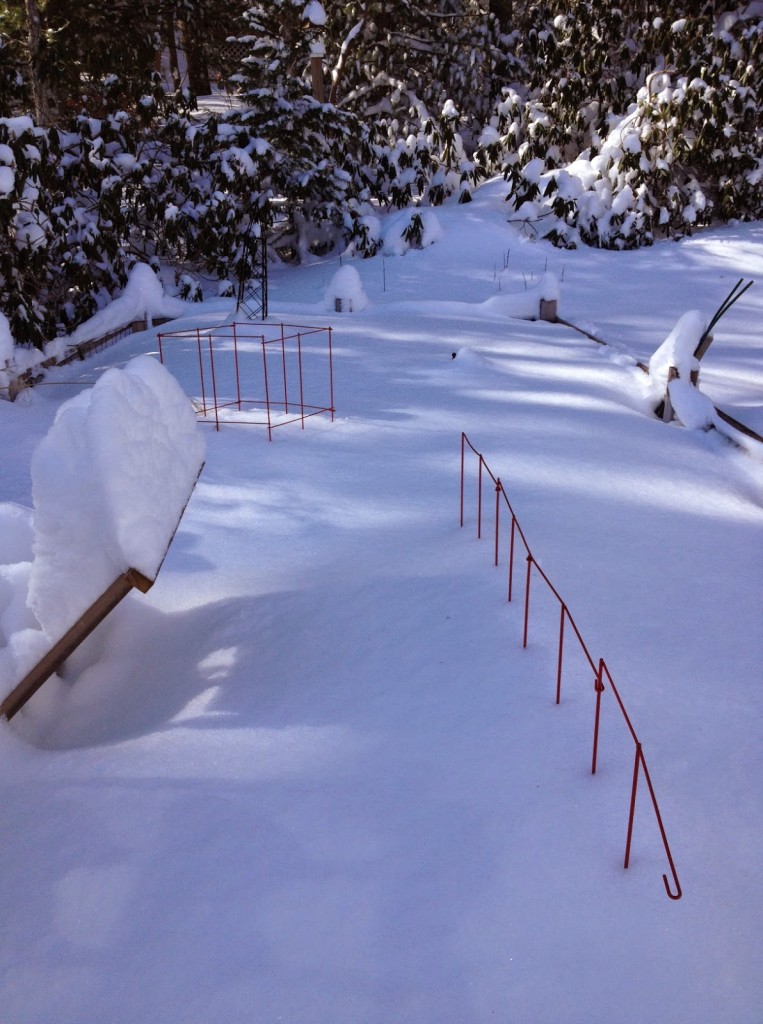 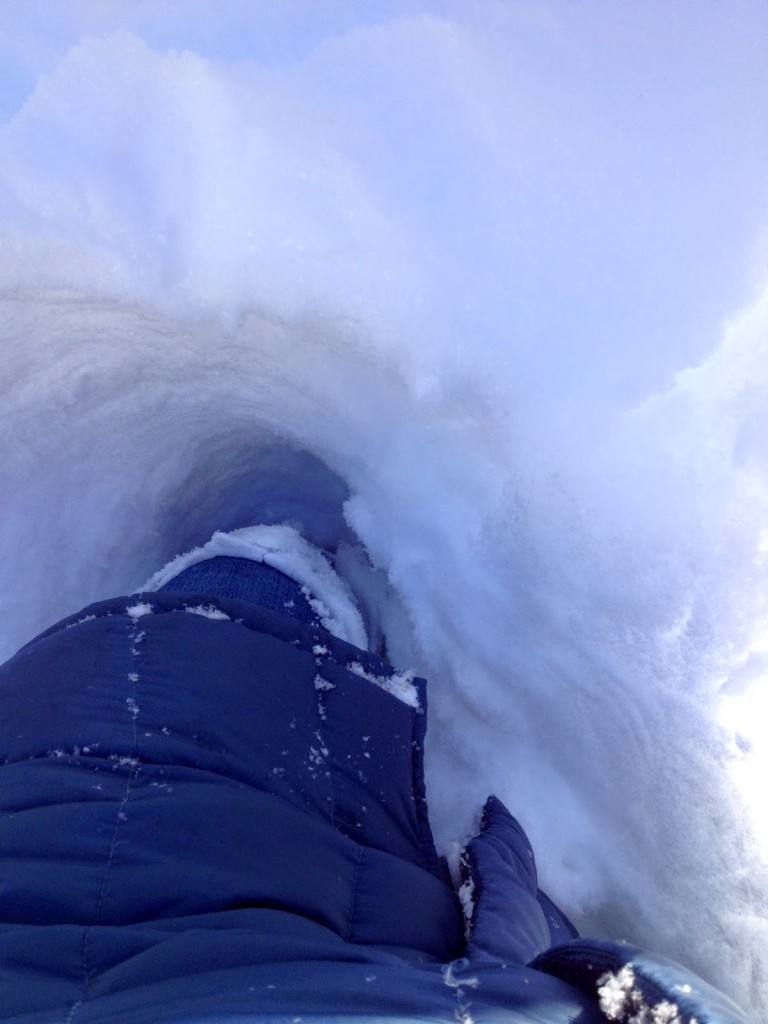 My legs were like Popsicle. Can you see my foot down there? No, neither could I! 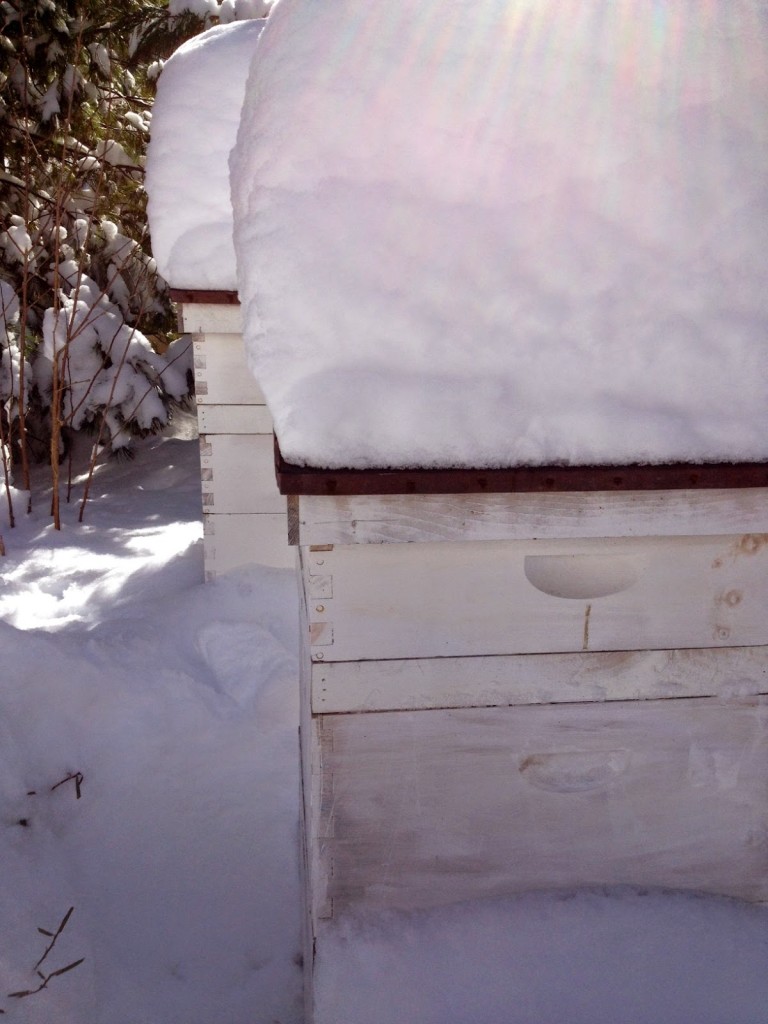 Finally the hives. I reached the hives and my legs were almost to the point of giving out. I cleared the snow from the top entrances and the bottom boards (entrances). That is all. I left the rest of the snow around and on top of the hives as insulation. Snow is a great insulation and helps to reduce the energies the bees expend to keep the hive warm all winter long. Read more about caring for beehives in winter here. 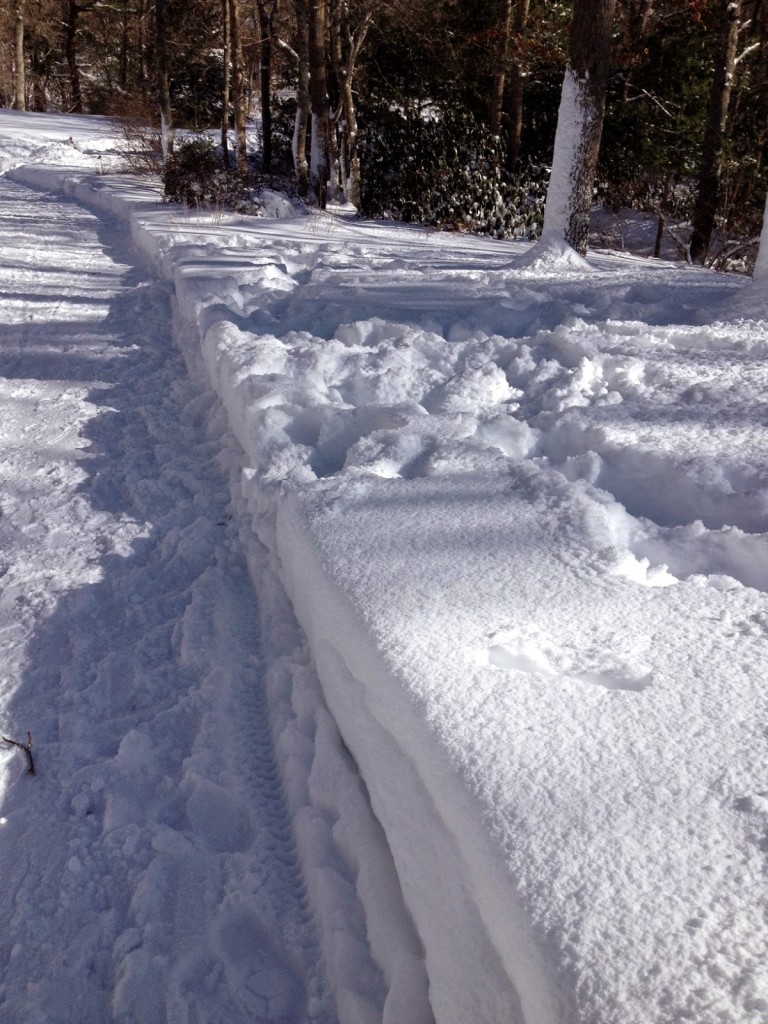 Next it was time to move on to help clear the driveway (above), street, and help out neighbors. Secondary roads are still waiting to be plowed as of today, Friday. We knew this would not be an option for us despite us living on a dead end street. So the neighborhood banded together and with many hands we cleared the street on our own.

Today we are expecting more snow again this evening with another storm on the heels of this one, due to arrive on Monday. They are saying we could get another foot.