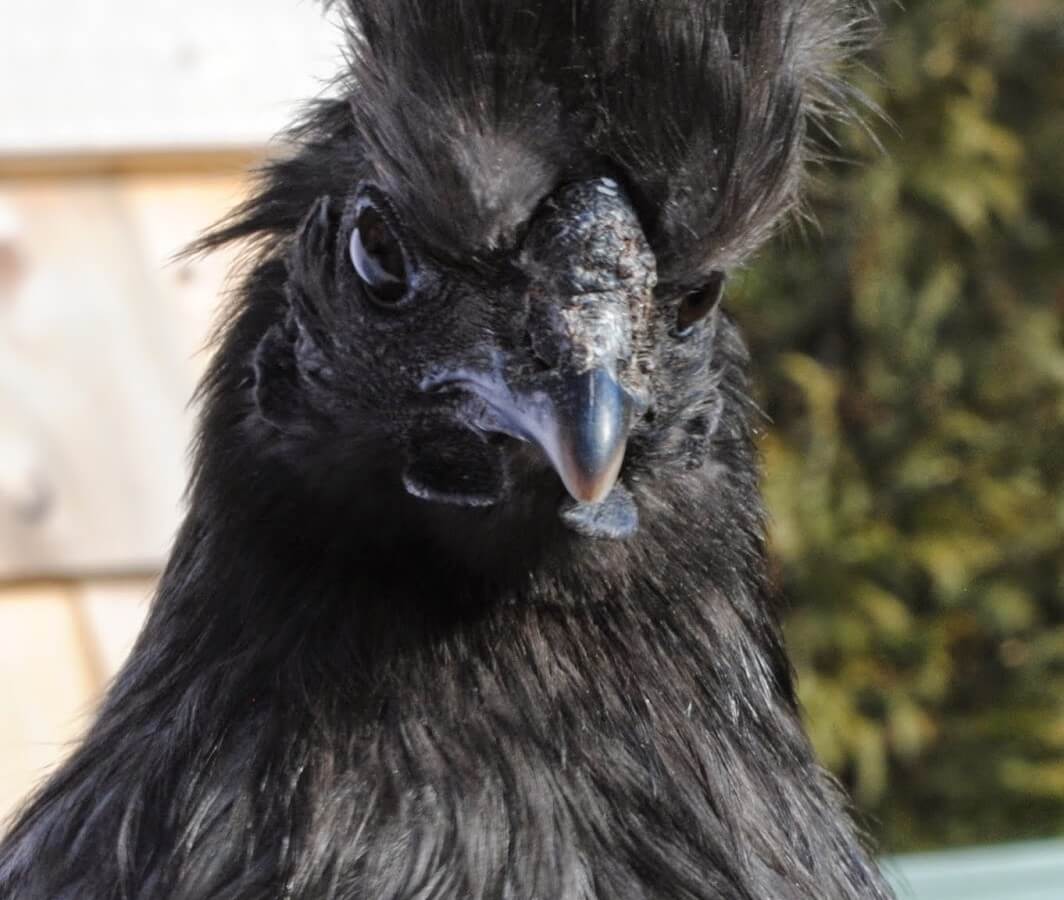 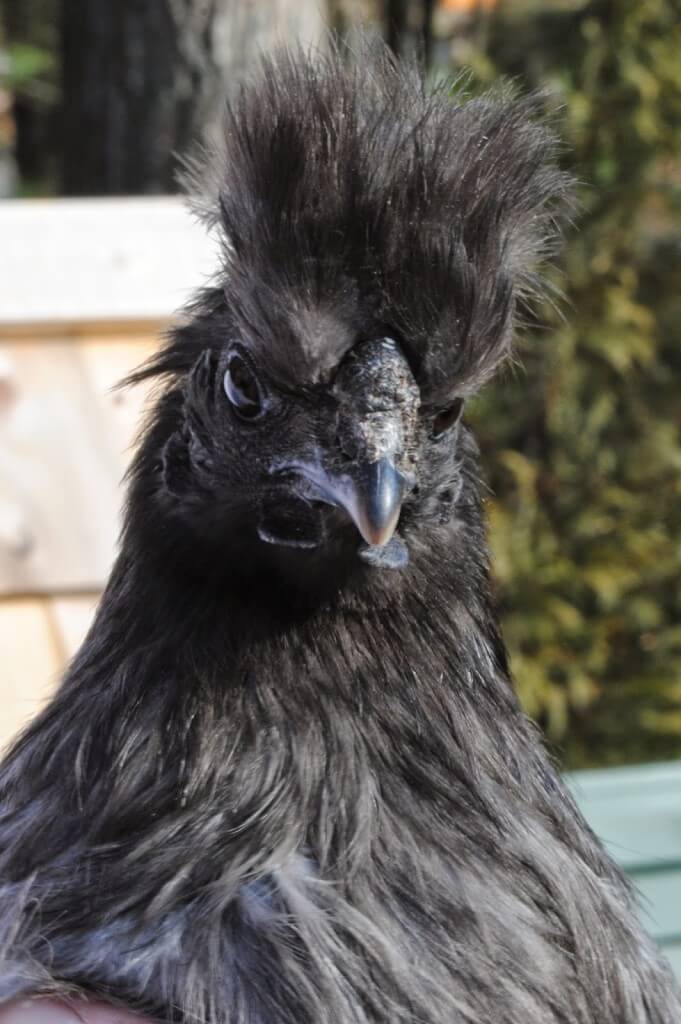 This past week we said goodbye to Autumn one of our Silkie Bantams. She died unexpectedly.

Early last Thursday morning, I opened up the coop and found all of the girls happy, giddy, and excited to greet the cool fresh morning air. Then later around 10 am. I saw Autumn laying in the corner of the run. She was not moving. Dolly was near, seemingly curious about her sister and friend.

I opened up the run door and scooped up Autumn. She was lifeless. I dusted her off. The flock was curious too. She was of good weight and her feathers were gorgeous. Fluffy, shiny, everyone was perfectly in place. Her eyes were clear. It was as if she had just went to sleep. There were no signs of her cause of death. She was 4 years old. She lived an almost average life for a hen. She had stopped laying eggs about a year ago.

I decided to bury her in the shade garden near the hostas and the blue hydrangeas. I dug a hole- a very deep hole about two and a half feet deep. I didn’t want any predators to dig her up. I placed her into the hole and said a prayer for her and thanked her for her beautiful eggs, her spunky attitude, and for being such a sweet girl. Next year, I will place a hosta where we buried her.

Autumn Leafhead (can you tell the kids named her) was one of those girls who didn’t prefer human contact. She much preferred to be with those like her. Little did she know, or us for that fact, that she touched all of our hearts. She will be greatly missed.

16 thoughts on “Saying Goodbye To Autumn”