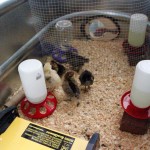 Everything had been running so smoothly. The baby chicks were settling into their brooder and seemed to be growing right before our eyes. Their wing feathers began to grow in and our little ones had gotten the hang of scratching in the shavings and preening. Lots and lots of time spent preening. Sometimes, they were sweet and even preened one another.  They dined together and slept together like a chicken quilt under the EcoGlow 20 Brooder. We just cannot get enough of these fluff balls!

Then two nights ago while laying on the couch. I hear someone “screaming”. It was loud. I could hear it in the house even though they were out in the garage. I needed to investigate. When I arrived they all scattered as I peered into the brooder. I pulled up a chair, sat down, and quietly watched. Then I saw what the commotion was about. Adorable Cuddles, one of the Easter Eggers, was pecking at Lucy, our Salmon Favorelle’s, eye. She grabbed onto the lower eyelid as Lucy screamed. Immediately I put my hand into the brooder and pulled Cuddles away. I watched. She did it again.  I took Lucy out to assess the damage. Both lower eye lids were bruised. This was not good.  Then, as I was examining Lucy, I heard more screaming. Cuddles was now attacking Storey’s eyes!  There was only one solution-chicken jail. 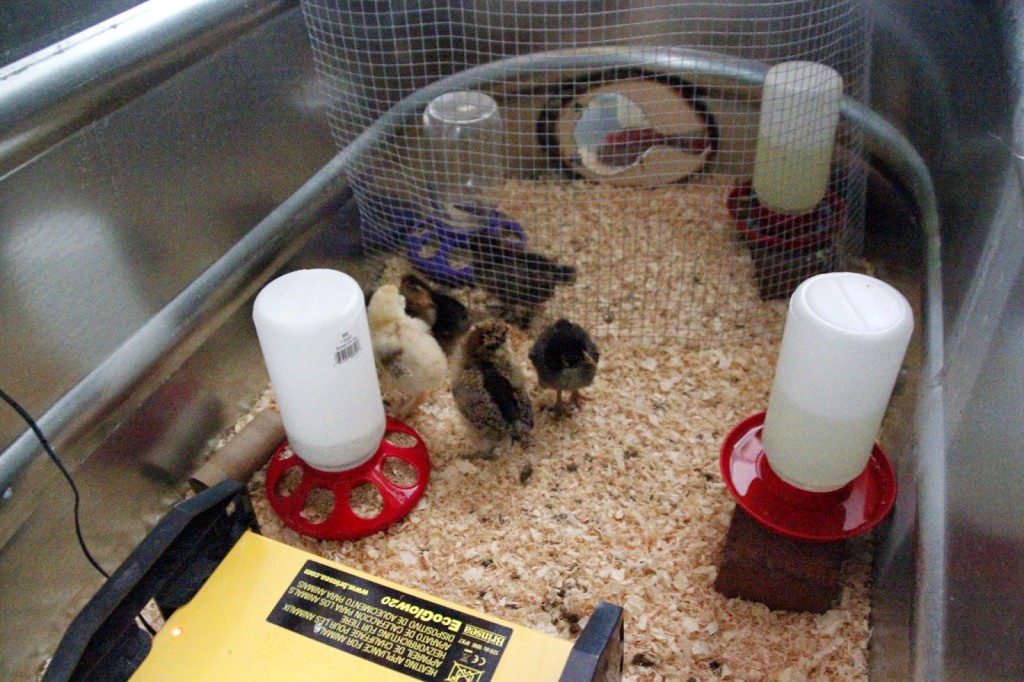 Immediately, I called to Mr. Tilly’s Nest. He came out and held Lucy while I trimmed a piece of hardware cloth to divide the brooder into two sections.  Thankfully, I had double chick waterers and feeders. I also took the mirror for chickens and placed it in the chicken jail. If Cuddles wanted to peck at the mirror, it would be just fine. I also introduced the heat lamp. This would not only keep Cuddles warm, but would also help to deter pecking. I scooped Cuddles up and placed her in jail. Then I sat and watched for about a half an hour. Cuddles did a bit of pacing while the others piled up right adjacent to the hardware cloth divider and fell asleep. Soon enough, Cuddles snuggled up as closely as she could to the rest of the flock. Their chick fluff connected between the hardware cloth.  For now, they had settled into this arrangement.

That night, I did a quick internet search to see if this was happening to anyone else out there in chickenlandia. I almost immediately found my answers in a chicken forum. Yes, it is not uncommon for darker colored chicks to peck on lighter colored chicks’ eyes. Some were of the thought that the chicks did not know theses were in fact eyes, but bugs. Their instinct to peck at shiny glistening things was overwhelming. Eyes show up best on light colored chickens. This made perfect sense as Storey and Lucy both have very light colored fluffy heads. In all the cases, folks were of the consensus that Cuddles would out grow this behavior in a few days. So for now, Cuddles is in chicken jail.  In a few days, we will try and reintroduce her to the flock.  Keeping her in the brooder allows her to still see and be part of her flock, so the reintegration will be easy, as long as she forgets her lust for eyeballs. 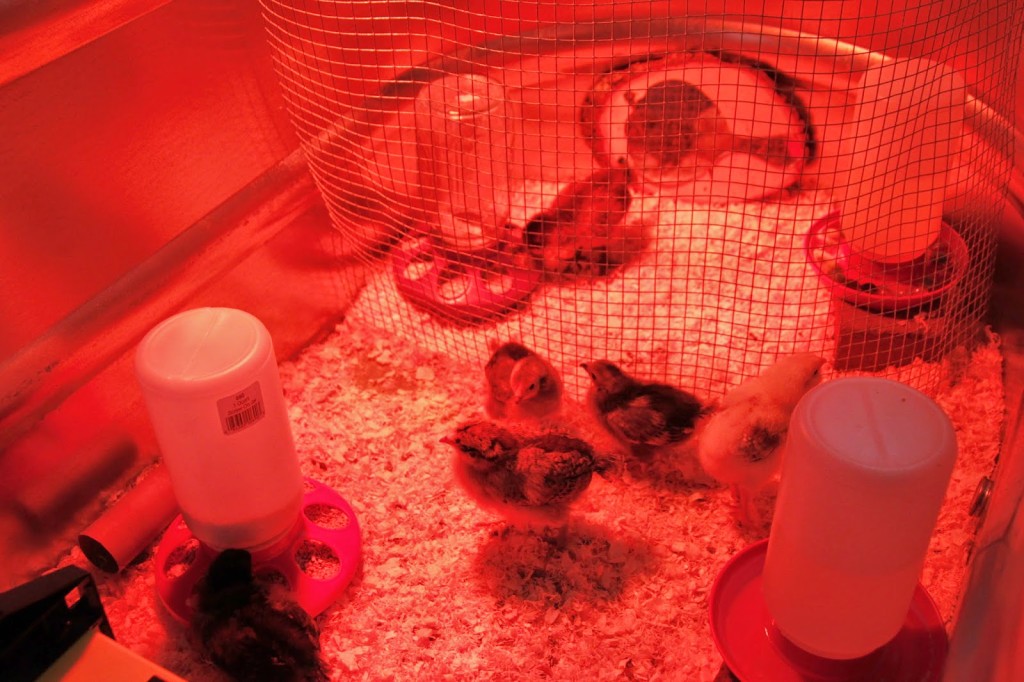