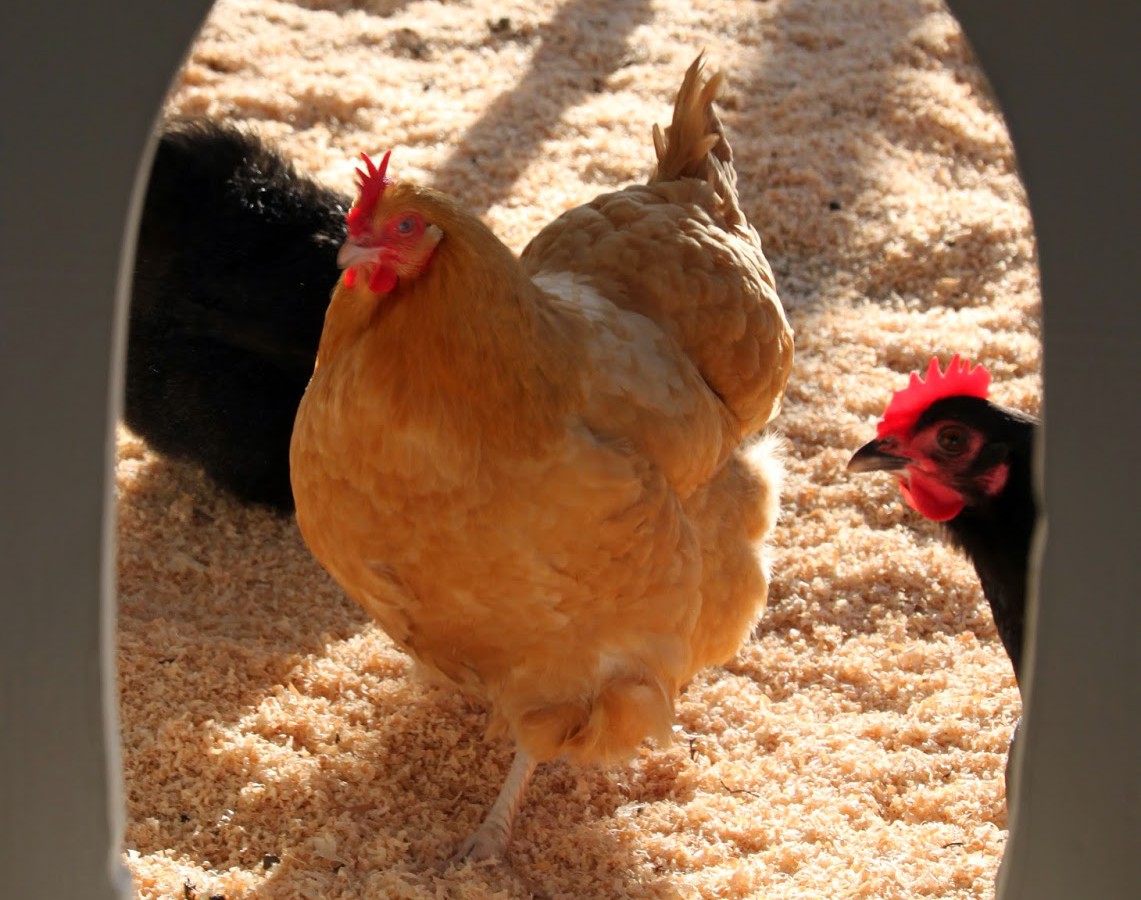 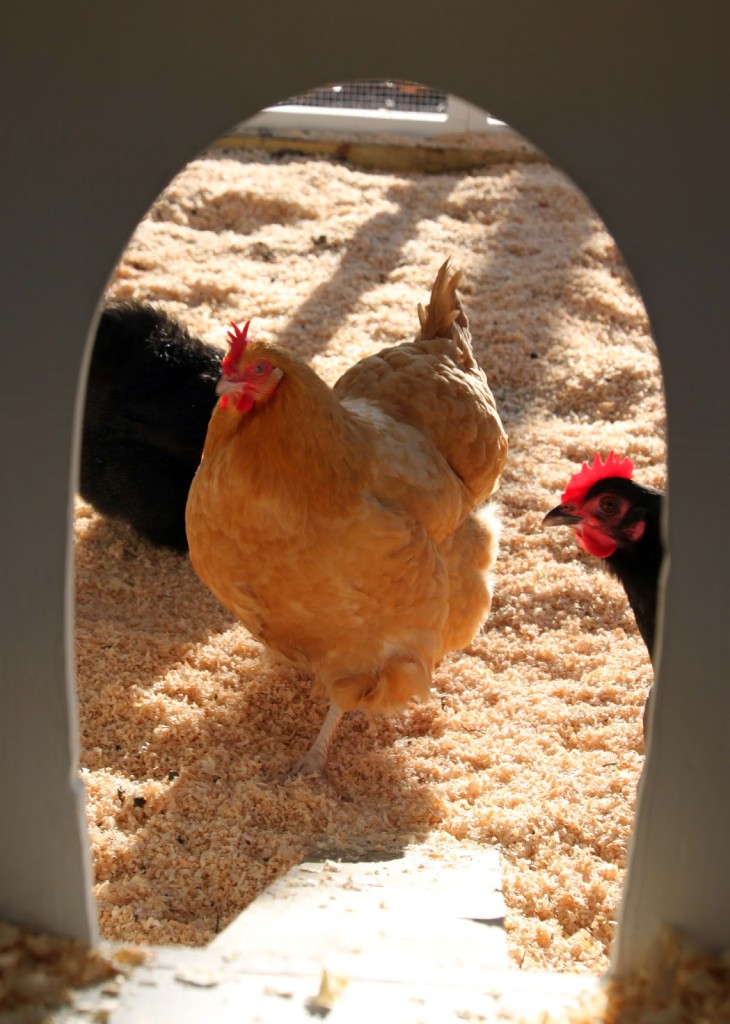 The girls have now been in the new coop for three days.
It took a while, but my aging flock finally seems to be learning the ropes and getting the hang of things. Today, when I went outside to open the coop door, everyone was eating except for Fifi. She finally discovered a nesting box. You see, this new coop turned their entire routine upside down.
When I first put the girls in the new coop it was late afternoon on Friday. Immediately they set off exploring. I gave them a guided tour with meal worms as my secret weapon. I showed them the nesting boxes, complete with wooden dummy eggs. I sprinkled meal worms on the new roosts. Like a fairy, I dusted their new domain with tiny little dried worms. Surely, this would spark some chicken curiosity and exploration.
Soon enough, night fall arrived. I went out to lock them up. As soon as I entered the coop, out they all ran. They were not accustomed to me locking up the coop from the inside. I exited the coop and waited for them all to head up the ramp inside again. It was getting dark. Once all inside, I tried to return inside and lock them up. They were not having it. No sooner was I inside than they all ran outside, down the ramp. I had to outsmart them and keep them inside.  While I waited for them to go inside again, I grabbed an empty pizza box from the recycling bin in the garage. When I returned they were all inside. I went into the run an wedged the pizza box in the pop door and went into the coop. No one could leave. They were being held hostage by a pizza box. Quickly, I closed the coop door. Everyone was inside. I scooped each one up onto the new roosts and heading inside for the night.
They spent the next day enjoying their new space and spreading their wings. Then evening had arrived. All seemed to be going smoothly. The girls were inside. I went in. I could see them over by the roosts. This time, I closed the coop door without any problems. No pizza box was necessary. Then I noticed that not everyone was there. Fifi, was already on a roost to the far left and in the right corner, I discovered a pile of chickens! Tilly was on top. I scooped her up to reveal Oyster Cracker below with Sunshine half tucked under her fluffy butt. I put Tilly and Oyster Cracker on the roosts. There were three Silkies still unaccounted for. As I lifted Sunshine, three Silkies were like a peeping quilt all huddled at the very bottom of the toasty warm chicken pile. One by one I removed them and placed each chicken on the roost wing to wing. I stroked their heads, under their chins and their backs. I could see them settle down onto their feet resting on the perches.
This morning when I opened them up. They had decided to roll all the wooden eggs from the nesting boxes onto the coop floor. The dummy eggs were not fooling anyone! In their place, I found two eggs- one large and one small. This was a good sign. Today I hung a larger feeder in the coop and once evening arrived I found four hens on the roosts. With a little coaxing, all the girls moved onto the roost, wing to wing and side by side and settled down for the night. I think these old girls are finally getting the hang of things including their Chicken Mama.
Photo Credit: Tilly’s Nest