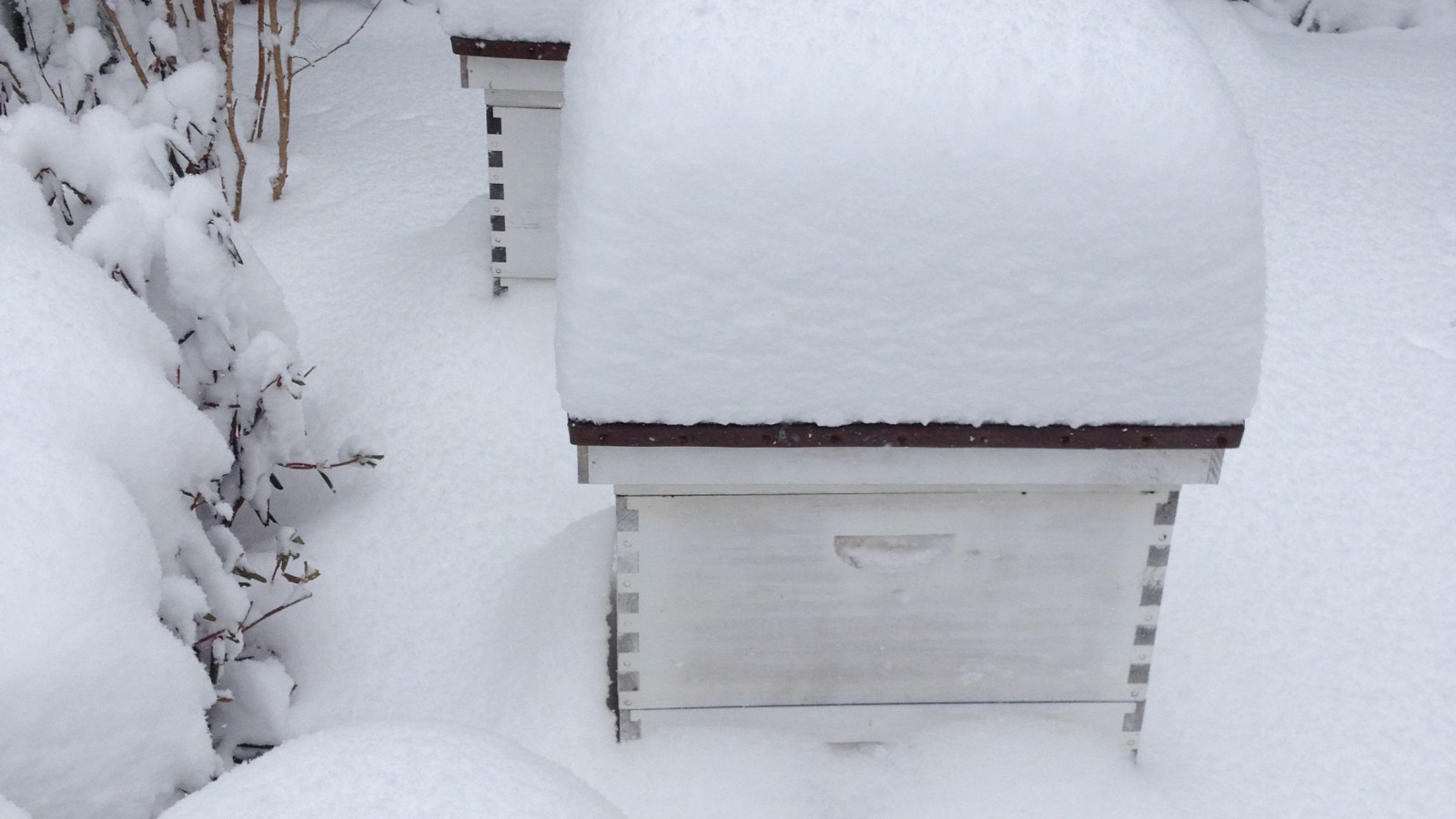 Beehive Maintainance After a Snow Storm 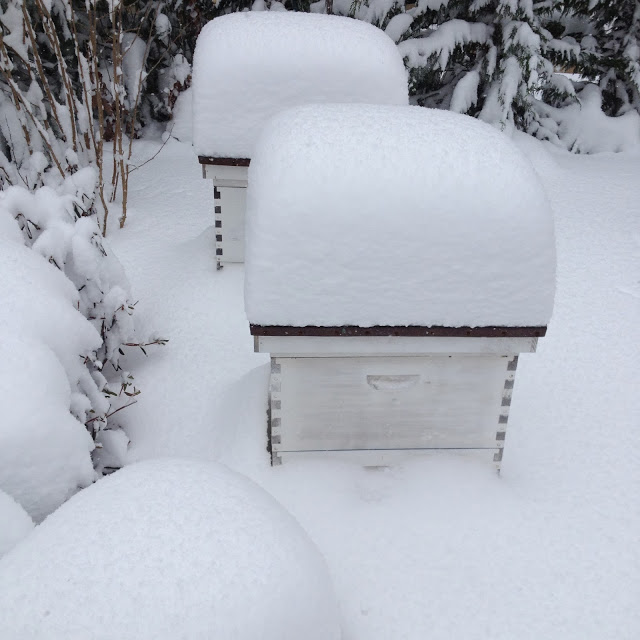 On warmer winter days, typically at a minimum of forty degrees, the bees will venture out of the beehives for cleansing flights. They will not “use the bathroom” in the hive. These cleansing flights are very quick, dangerous, and sometimes fatal. However, with all entrances block by snow, the bees do not stand a chance. The freshly fallen snow needs to be removed from the bottom board entrance only. The rest of the snow can be left around the hives and on top to help with insulation.

Here you can see where I scraped away the snow just at the front entrance of the beehives to reveal a normal and expected amount of dead bees. Normally these bees are taken out of the hive from the workers. Sometimes, left on the ground outside or carried away by other worker bees, but because of the snow, they were piled up at the entrance.

I scraped the snow away along with the piles of the dead bees clogging up the entrance. First I did the hive closest to the house, the one I have named Willow. 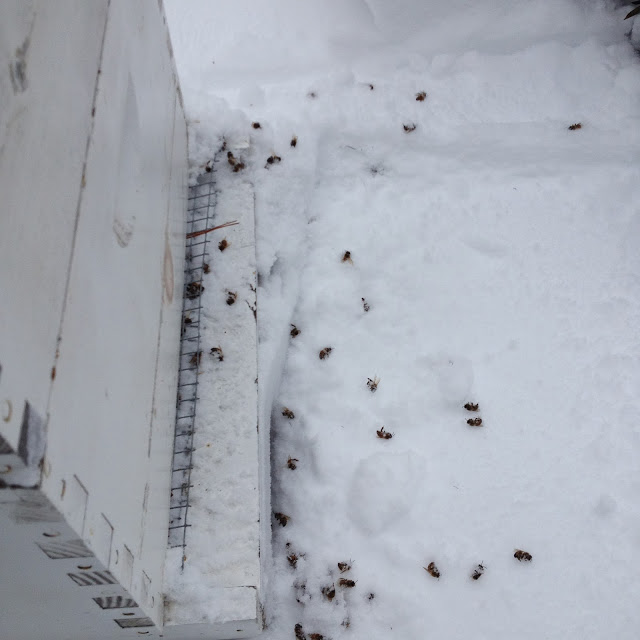 Next I moved onto Briar. This is my nasty hive. The temperament is mean which is an indication that it is time to requeen this hive. I had planned to requeen this past fall, but due to the high demands of queens in the spring of 2013, there were none available for requeening. The bees take on the personality of the queen and a requeening should turn these mean girls nice. Yet, I was completely unprepared for what happened next.

As the temperatures were in the teens, I expected the beehives to be quiet with bees in their cluster. Briar decided to send out some bees. Out they came all in a fury. Before they could fly two feet, they dive bombed into the snow. It was too cold. Their mission was to chase me away, instead they died trying. I felt terrible. Quickly I left the area and stood to the side. For a few more minutes, more bees frantically searched for the invader filling the sky with their brief and futile flights.

I think I need to go and order those queens for spring.

Interested in beekeeping? Want to learn more? I’ve chronicles my beekeeping from the beginning here.

Since some of you will ask, I have my own reasons why I will not let my hives requeen their own hives and it has to do with the quality of the bee gene pool on the Cape. It’s a long story for another time, but in a nutshell most of the bees on the Cape have been purchased from Georgia. In my three years experience it has become quite apparent to me that the bees from Georgia are ill equipped to deal with the uniqueness of Cape Cod’s weather and winters.

I do not feel that the current population that resides on the Cape is genetically diverse enough to create strong bees for the Northeast living, as these are the bees my virgin queens would be mating with. So, I continue to try and improve the genetic pool on Cape Cod by purchasing bees that were raised in the Northeast and not started from Georgian bee stock. Two of my hives are Russian bees from New York. The other are Carniolans from Connecticut. 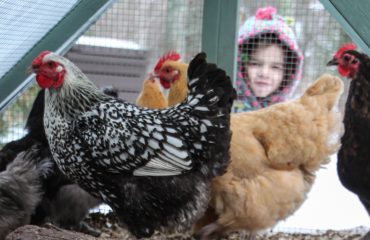 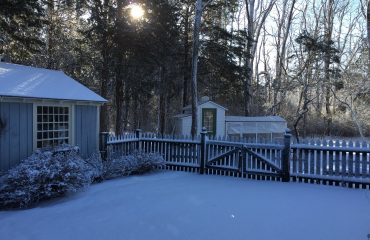 Tips for Keeping the Chicken Coop Tidy in Winter

4 thoughts on “Beehive Maintainance After a Snow Storm”