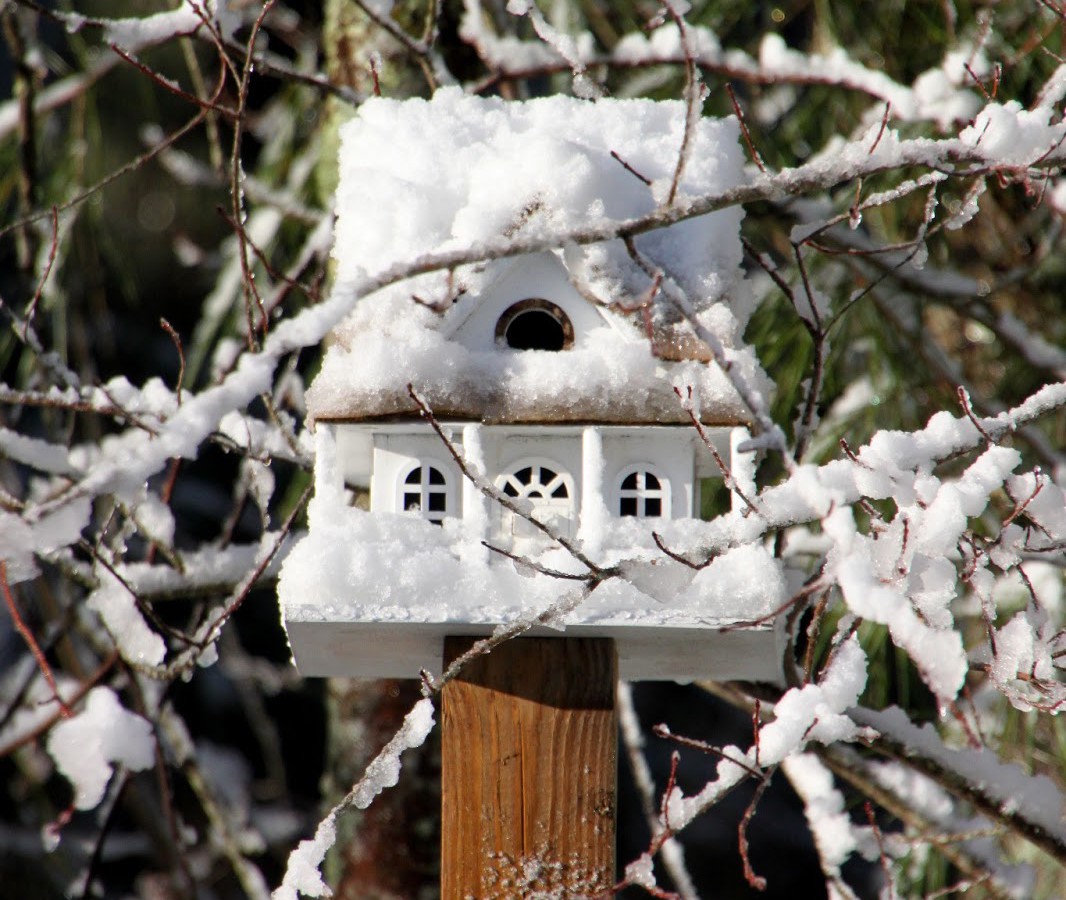 A Chilly Reminder from the Chickens

January 25, 2013
Yesterday, an arctic chilly blast from Canada arrived on Cape Cod.  Typically, our winters are balmy due to the insulating effect of the ocean.  Yet yesterday, temperatures never reached double digits.  The waterers were frozen.  My lips became horribly chapped.  I could not bear to touch the predator proof locks with bare hands.  Everything seemed to be brittle, cold and frozen- yes, dare I say, even the chicken poop.
The past two evenings as I went to bed I thought about the girls. Surely, with temperatures like these their coop would be cold.  So, I feed them extra scratch to help keep them warm before bed.  I topped off their feeders and applied a thin coat of Vaseline to prevent frostbite on their combs and wattles.  Safely inside the coop for the night, they hunkered down in a family style snuggle on the roosts.  All seven of them together on a three foot roost.  One by one they alternated the way they were facing on the roost.  Their acrobatic skills and sense of problem solving never ceases to amaze me.
The chickens could care less about the cold.  They adapt and in fact they thrive.  These past two mornings, they have popped out of their coop like new freshly popped kernels of popcorn.  Their lust for life is undeniable.  They scurry around the run seeking out tasty cracked corn and they sip the warm soothing water from the dish.  With a song in their soul and a giddy skip and a hop, they are happy to be alive.  This got me thinking.  Sometimes, those chickens have a way of reminding us.
Very early this morning, I woke up with the puppy and took her outside.  As she was puttering around the snowy covered yard looking for the perfect place, I was looking up at the trees and skies.  The chickens were still sleeping.  Yet, the wild birds were singing songs of spring.  I could hear the trills of the Carolina Wren, the sing-song of the Black Capped Chickadees  and the chattering of the Gold Finches.  The sun was beginning to peek up from the cold earth. How beautiful this morning was turning out.
A bit later that morning, like clockwork, the chickens emerged from the coop and I was on to tossing scratch in the run and thawing waterers.  The only difference was that I was now embracing this chilly wintry weather instead of loathing its inconveniences.  Soon enough, spring will arrive, but for now, I will try not to wish this chilly time of the year to pass.  It too is important in the circle of life.  Six eggs awaited me this morning in the nesting boxes.  Two were still warm.  New beginnings are just around the corner.
Photo Credit: Tilly’s Nest

10 thoughts on “A Chilly Reminder from the Chickens”