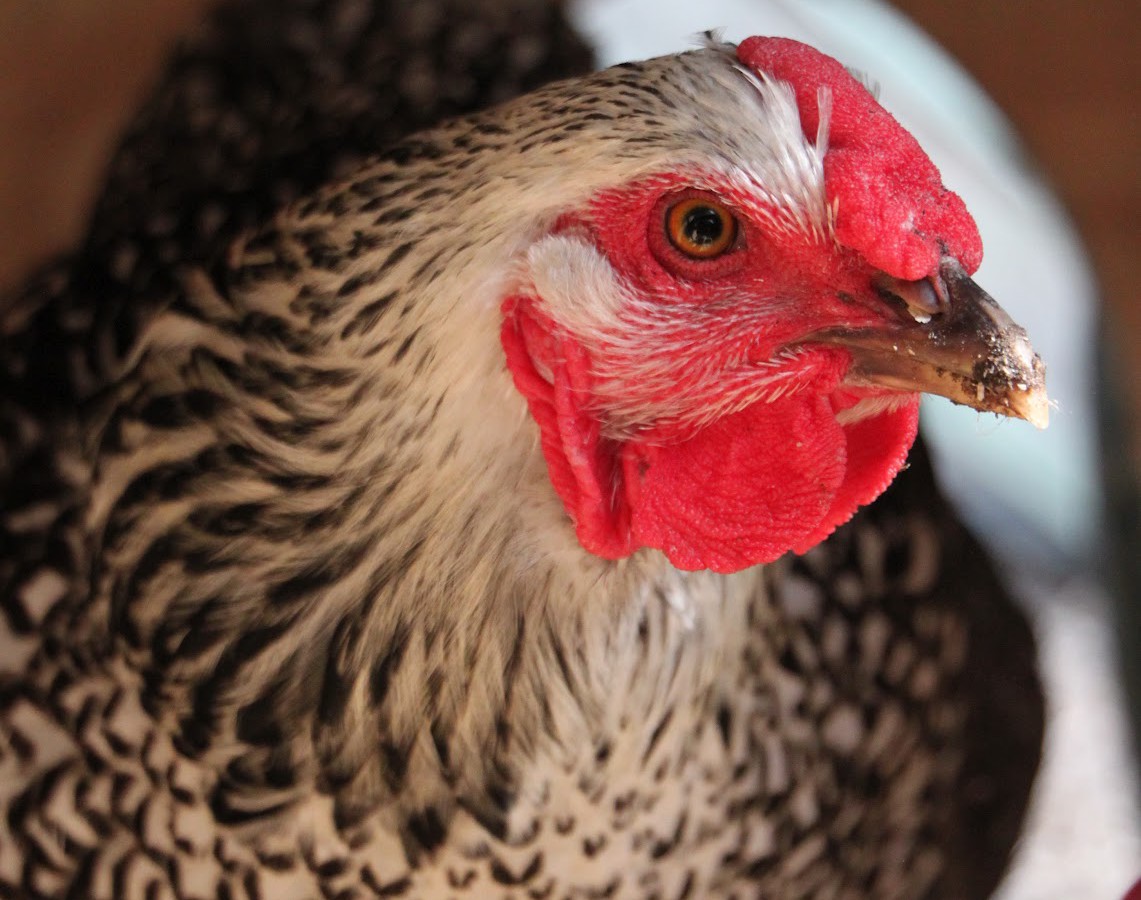 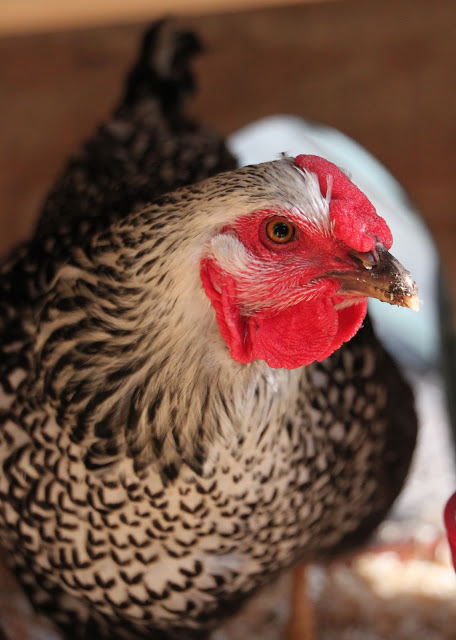 On a regular trip to the feed store over a year ago, I fell in love.  Of course, I entered the feed store with blinders on.  It was Spring.  Signs of new life were everywhere.  The leaf buds on the trees were bursting open.  The air was fresh and clean, charged with new life.  New little chicks filled the temporary brooders.  I had guessed it wouldn’t hurt to hold just one of the Silver Laced Wyandottes.  As I held her and shopped she feel asleep in my warm hands.  I stalled.  I looked at waterers, feeders, supplements, treats, wound care, antibiotics, everything to delay the inevitable of returning her to the brooder.  It was clear, I was going home with a new chick.  I would add her to the flock of little freshly hatched Silkies in my brooder in the garage.  And so it went. I placed her in among her new brothers and sisters and her surrogate mother, Dolly, and watched as the family grew.  Rather instantaneously they got along famously.

Dottie Speckles and the little ones grew.  When it was time to integrate them into the flock, I can remember how frightened the 10 week old Dottie Speckles was in a place with older, wiser and big hens.  She would hide behind Dolly.  Dolly protected her, close behind her wing keeping the older larger hens at a bay.  Dottie Speckles was her girl.  It did not matter that Dolly was just a little Silkie protecting a breed that would eventually grow to three times her size.

A few months had passed and as Dottie Speckles grew, I noticed that she was beginning to terrorize every flock member.  At first, it began with the Silkies, including her mother, Dolly.  She maliciously began to pull their little puffs off their heads.  Peck marks replaced feathers.  Even, the older girls were preyed on at night when they were sleeping.  She would cozy up to them, vulnerable on the roosts, and by the light of the moon, she would peck out their feathers one by one.  She was quickly becoming a bully.  Despite a couple of months of intervention, it was clear to me that she could not remain in the flock.  Her behavior was not changing, it was only getting worse and spreading like an infectious disease against everyone.  No one was safe.  Everyone was on edge.  They felt defenseless. They lived in fear, afraid of the unknown and just what Dottie was capable of next!  She wasn’t in a race to become the newest hen at the top of the pecking order as I first had thought.  Her heart was cruel.  Her bullying was relentless.

A dear friend has a lovely farm down the road with three different chicken enclosures.  Like me, she has mixed breeds that have plenty of space and plenty hens to make new friends with and form a new family.  I did not feel guilty. It needed to be done.  Once Dottie Speckles was rehomed, I could sense that the flock was less on edge.  Eggs became abundant again.  Obviously, her presence was affecting the girls on a psychological level.

She began to acclimate to her new home.  She was well behaved and laid her beautiful brown eggs in the nesting boxes.  However, within a few weeks, she began to show her true colors.  The patterns and her behavior had repeated at the farm.  So, she was placed in a larger, different, enclosure with a strong rooster that kept order in his flock.  It didn’t take long there either.  By the light of the moon, she single-handedly removed every feather from the Polish rooster’s head.  The other chickens spent their days hiding high up on the outside roosts.  As she became comfortable, the others lived in fear.  She had now lived in three different settings with three different chicken families and none of these were successful.  My friend called me to tell me the news and said that in all her 40 years of keeping chickens, she had never met a chicken with a personality like Dottie Speckles!

Dottie Speckles was finally placed in a smaller coop and run on her own.  Alone.  She could see the other flocks but could no longer do any harm.  It was clear that she could not co-exist with her species.  She was a hen bully.  My friend made special accommodations for her.  She even had her own solo-free ranging time, different from the other flocks.  She had isolated herself and she did not seem to care.  I would visit her as often as I could and hold her.  She still loved that and loved me.  I had a hard time loving her back for knowing how and what she did.  Yet, every time, I stroked her feathers I somehow seemed to forgive her.  You see, my friend and I believe this is who she is and this is her personality.  She was just born this way.

So the days and months passed, until one day a woman visited the farm and only wanted one chicken for a pet.  She desired no other hens.  Dottie Speckles was perfect.  She held Dottie Speckles and soon enough the two of them happily left together on a new beginning.

I don’t think that the world will ever be free from bullies, but I do think that I have learned from Dottie Speckles.  For me, this was a sad lesson.  Insight into the mind of Dottie Speckles, helped me to understand and have more compassion for those who bully.  There is not much difference between hen bullies and people bullies, it’s just gets a bit more sophisticated. 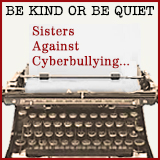 This post is linked up to Homestead Revival’s Barn Hop.