Observing the Bees Outside the Hives

My bees are mutts.  They are a blend of Carniolan, Italian, German, Russian and Australian.  The apiary where I purchased my bees believes that by diversifying their genetics, they are hardier and more resistant to disease.  Recently when my mentor opened up my hives with me, he was amazed at how the bees’ genetics expressed themselves.  As we pulled the frames, there were so many different looking bees working together.  Initially, before he knew that I had mutts, he exclaimed, “Hey, you have a Carniolan in here!”

Well all this week I’ve been observing bees. The bees have just loved taking the pollen from the flowering catnip close to their hives.  Here you can see four very different looking bees.  To begin with, take a peek at the shade of yellow on their abdomens and the width variance on the black striping.  Amazingly, they are all from the same mother, living harmoniously together in their hive. 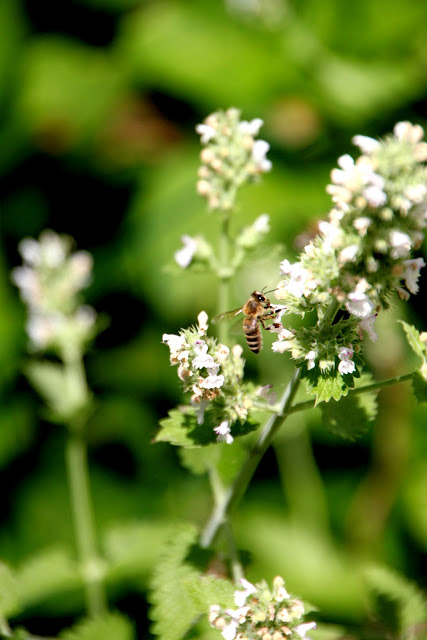 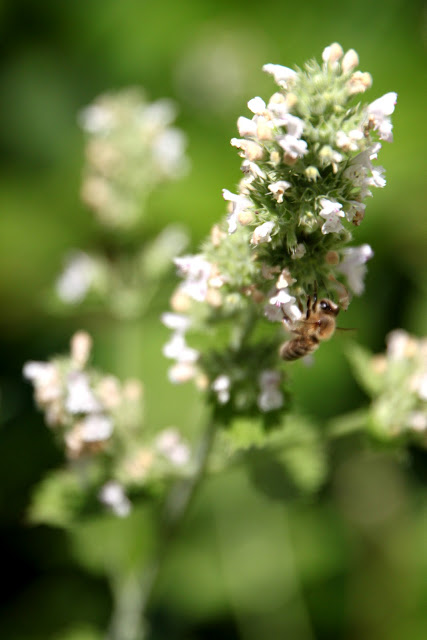 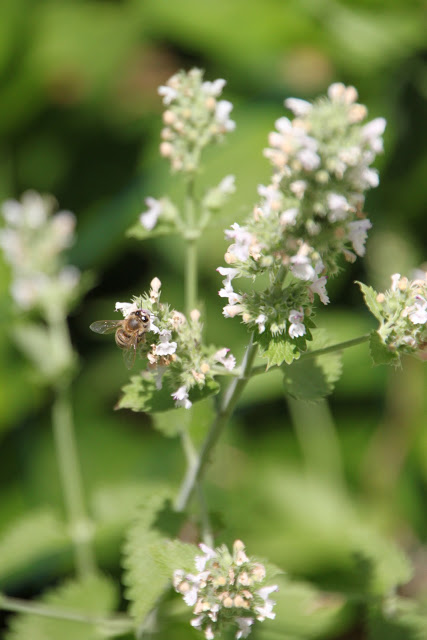 Yesterday during the late afternoon, I watered the vegetable garden.  As I watered, I realized that I was in the flight path of the bees.  They were on a mission to return to the hives.  They were heavy with pollen, water and nectar from foraging.  Buzzing by my head, they could care less.  I think it was me that didn’t want to impede their path home.  So, I squatted down and continued watering.  Then I saw it.  Across the wood chips that surround the hive came a worker bee (female) dragging a dead drone (male).  I first noticed them between my two hives.  She was dragging him away from the hive.  I watched as she struggled to tow his body over the wood chips.  He got caught on small shards of wood.  She tugged and pulled from all angles.  Finally after about 5 minutes, she had dragged him about two feet behind her hive and flew away.  I know that bees clean the hives and remove dead bees.  Was this what she was doing?  When I woke up today, I had to see if he was still there.  He was. 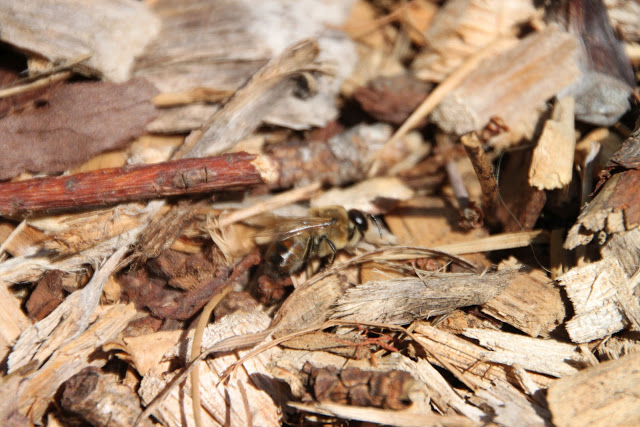 Then I noticed another bee.  This time a dead worker laying within a few inches of him.  I scooped them both up and placed them on a larger wood chip.  Here you can really see the difference between the two. 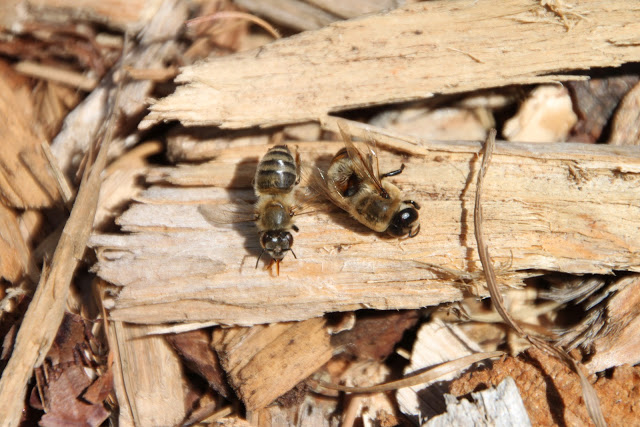 I never thought that I would find honey bees so rewarding.  Their behavior is fascinating.  I just wish I understood what they were doing.  Summer bees work very hard and live on average only six short weeks. Could this be a bee graveyard?  Could this be where the honey bees carry their dead?  I know that nocturnal animals, like skunks, love to eat bees.  They stick their “hands” into the narrow entrance and pull bees right out of the hive for a midnight meal.  I just wonder if the bees remove the dead ones far from the entrance to prevent any unwanted visitors.

3 thoughts on “Observing the Bees Outside the Hives”