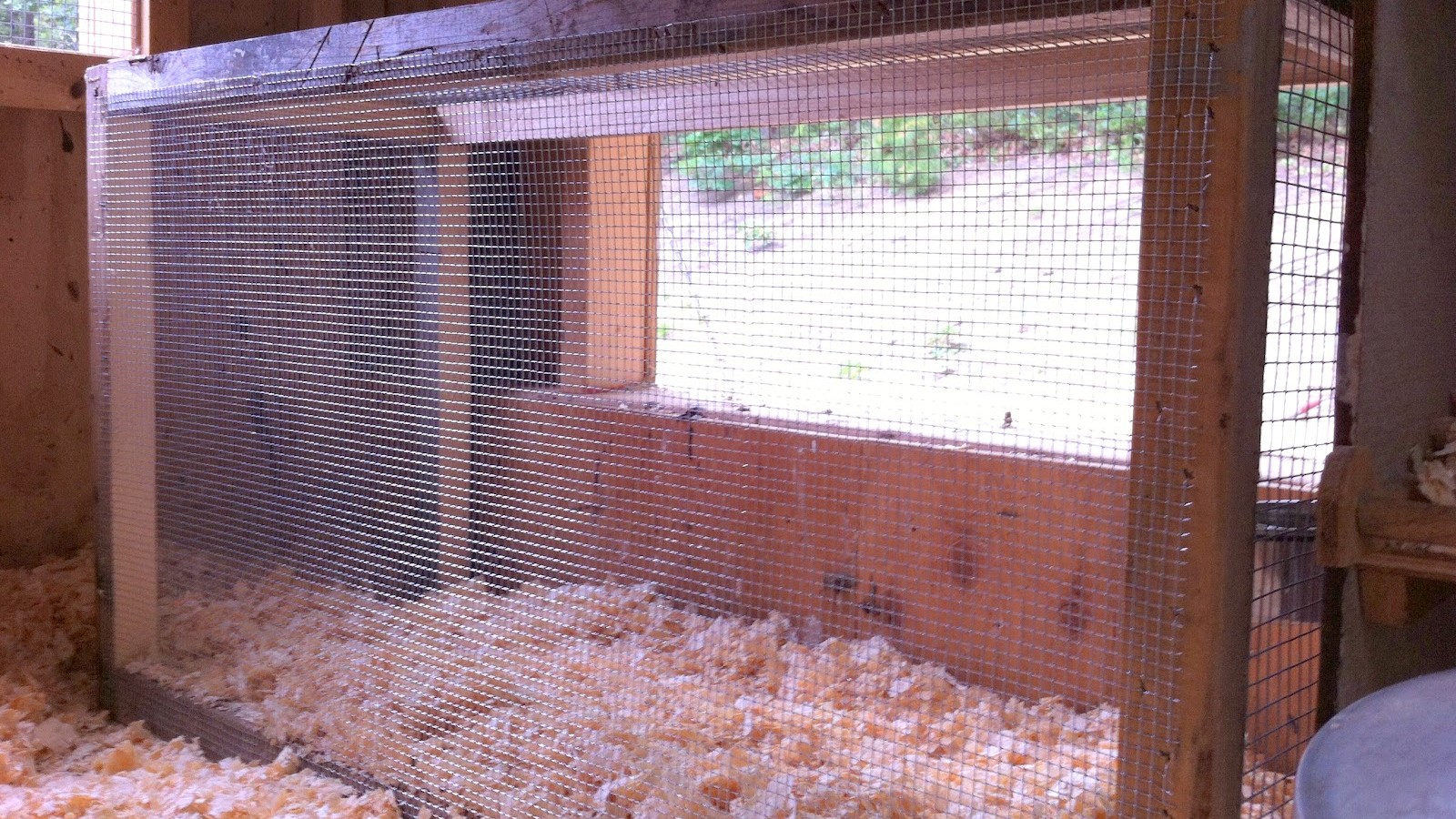 I received a call this past Saturday from a fellow chicken keeper that lives a few miles away from me.  While she was out running errands, somehow one of her chicken, Midnight, had injured her comb.  Unbeknownst to her, the rest of the flock quickly spotted the injury and attacked Midnight.   Within no time, they had created a large deep bleeding crater at the base of her comb.  Thankfully, her husband heard the ruckus and went outside to investigate.  He immediately separated Midnight into a cardboard box for safety.  Unsure what to do, she called me.

I went over and helped.  The wound is severe.  It is large, open, bloody and cannot be sutured.  You can see the bone.  The soft tissues are swollen.  She needs to be separated from the flock for months to allow this wound to heal properly.  We need to create a chicken hospital.  Without a safe haven, the other chickens would continue to peck at Midnight’s injury.  With various scraps of wood, we quickly constructed a chicken hospital that could remain in the coop.  It was advantageous to create something that could stay in the coop for a few reasons including:

1.  Familiar surroundings allow Midnight to be comfortable and remain in her home.
2. She is still with her family and will be able to reintegrate into the flock without a problem once her wounds heal.
3.  She is safe in the coop away from predators.
4.  She has company, as chickens have a flock mentality.

With a tape measure in hand, I quickly designed something that would be incredibly versatile in the future.  Not only can this be used as a hospital for Midnight, but it can also be utilized as a way to slowly introduce new members to the flock, a place for broody hens to hatch some eggs and also a brooder.  The best part is that it is completely removable from the coop when it is not in use.

It had to meet a few requirements:
-Fit inside the coop without taking up too much room.
-Allow for visibility to check on the hen’s condition without any manipulation of the enclosure.
-The back should remain open.  When you push it up against the wall, it closes and just by sliding it forward from the wall it opens.
-Once the rest of the flock goes out into the run first thing in the morning, the large coop can be closed and the “hospital” opened to allow the isolated chicken freedom in the coop for a bit of time. 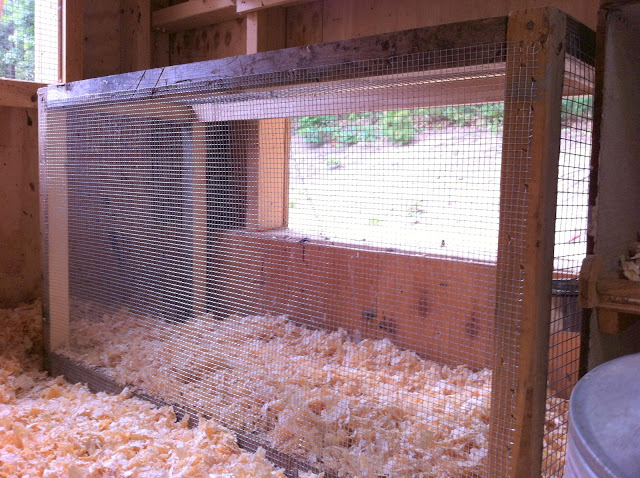 Note: We split 3″ wide scraps of plywood to reach the 1.5″ width mentioned below. Also, be sure to measure your coop door to ensure that this will fit through once constructed.
Three~3’x1.5″ boards
Four~22″x1.5″ boards
Four~12″x1.5″ boards
1 piece of OSB cut to 15″x3’2″ to serve as a removable roof.
Hardware cloth
Staple gun
Hammer and Nails
Saw 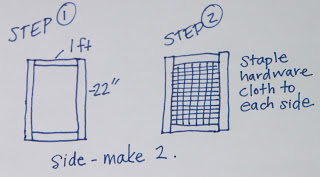 Create the sides of the chicken hospital by nailing together two of the 22″ boards and the 12 inch boards.  Then, staple hardware cloth to each side. 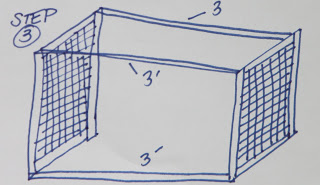 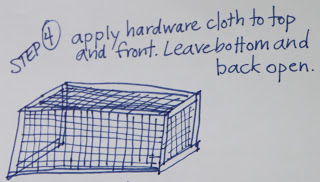 Finally, staple hardware cloth as shown to the front and top leaving the bottom and the back of the chicken hospital open.  Likewise, the unattached OSB board is used as a roof to prevent chicken droppings from entering the enclosure.

My friend’s coop just so happened to have a door that was originally planned to access the nesting boxes.  Her hens never cared for these nesting boxes. Therefore, we slid the hospital right over this door.  This door allows my friend access to her hen without having to go into the coop or even slide the enclosure away from the wall.  A temporary waterer was attached to the side of the enclosure while a miniature shelf was created to hold the food dish near this door.

Most importantly, Midnight’s wounds are being treated with Vetericyn and vitamins and electrolytes were added to her water to help her during this stressful time. Her protein requirements are also being supplemented with Manna Pro’s Poultry Conditioner and sunflower seeds.

Yesterday, I took a quick visit over to see how Midnight was doing and I am happy to report that much of the swelling is down.  Most importantly, the bleeding has stopped and the wound is beginning to heal.  There are no signs of infection.  Her comb is bright red and she is eating, drinking and pooping normally.  She is talking and perky.  All of these are good signs.

However, I don’t suspect that she will lay any eggs for a while, as her body is using its protein stores to heal.  But, when she does return to laying eggs, it will be a very good sign.  With a wound this large, Midnight is and will be separated from the others for months in the chicken hospital.  Above all, we have to wait until the skin is fully healed and any feathers have grown back as we don’t want to risk anyone harming her again out of chicken curiosity.


UPDATE: After 4 weeks of treatment, Midnight made a full recovery, no longer required the chicken hospital and rejoined her flock.