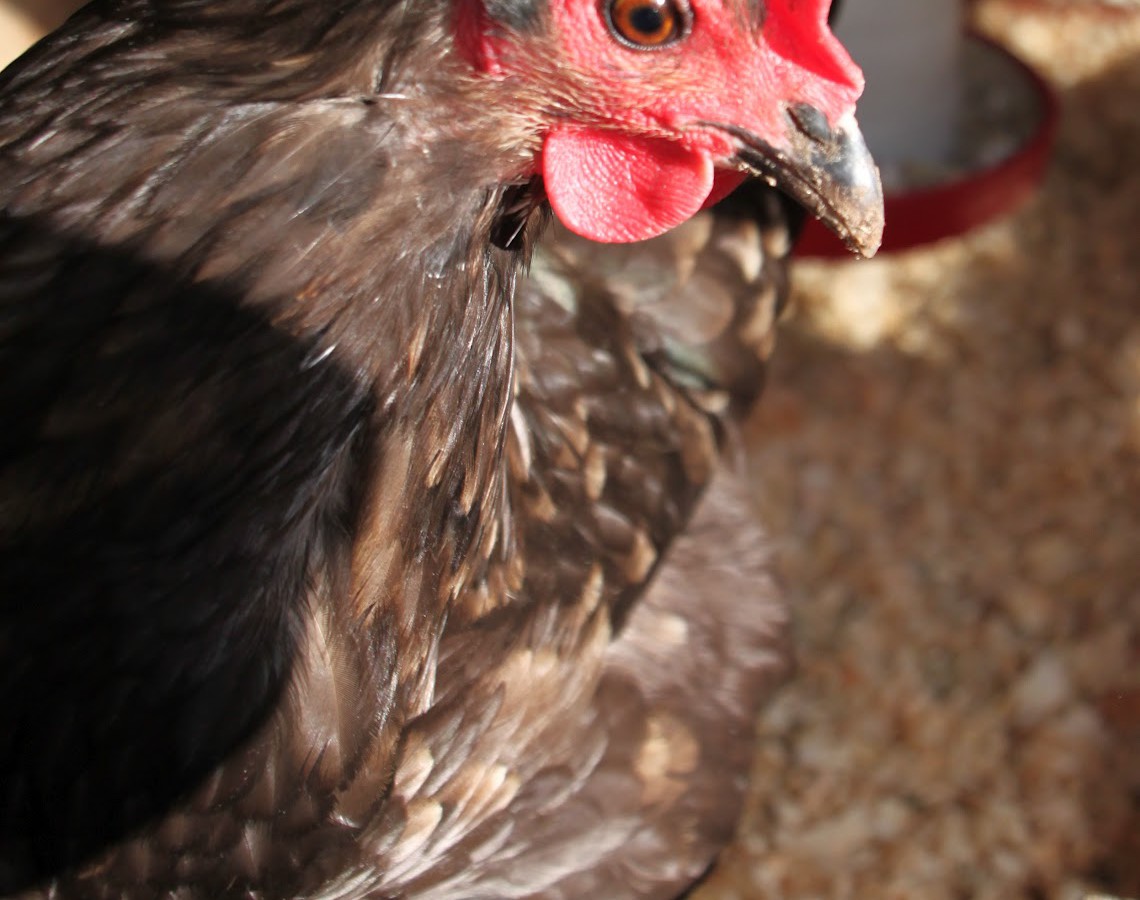 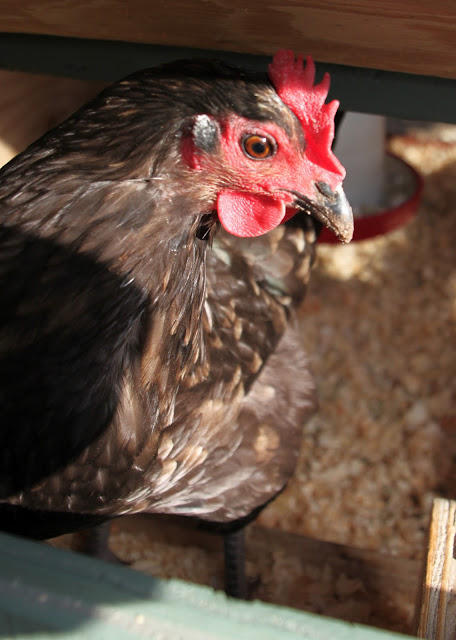 When I came back around 11am, things were the same.  Tilly was still in the box.  This was so unlike her.  I felt underneath of her and I could feel that her lower abdomen was full.  She needed to lay an egg.  Typically, Tilly takes about twenty minutes to lay her egg.  My heart sank; either she was newly broody, which would be a first for her, or she was having trouble passing this egg.  I prayed she was not egg bound.

One of the projects on my to-do-list for Spring was to reseed the lawn near the chicken coop.  The girls had done a number on it last Fall and it did not grow back like it had in the past.  I needed to spread down a layer of compost and then apply new grass seed.  Today was perfect for this job.  This way, I could monitor what was going on in the coop with Tilly.

Before I started, I went into the house and grabbed a large ripe juicy tomato, a handful of baby carrots, and some over-ripe strawberries.  In the yard, I picked some baby ferns.  The girls love baby ferns!   This would be a test.  As I shouted out to the girls, they all came running except for Tilly.  I could not believe that she stayed behind despite the tomato dangling in the wire treat ball outside the coop door and the rest of the goodies.  Something was not right.

As I spread the compost on top of the existing patchy lawn, I could hear Tilly making noises inside the coop.  The sounds were new to me.  They were high pitched, rolling, and sounded painful.  They were sounds made from exertion.  She must have had an egg stuck.  I decided to continue working and let her be for a little while.  Maybe she would end up passing it without my help.  Please!

Just as I was finishing up and tossed the last grass seed on top of the compost, I heard Tilly’s voice behind me. I turned around and she was there.  I squatted down near the run and she came over to me.  She was very vocal and told me her tale.  She looked so cute cocking her head back an forth when I answered her back.  Surely, she seemed to be feeling better.  As she headed over to what was left of the dangling tomato, I headed to the nesting boxes.  I opened up the latch and lifted up the door.  There it was still warm- Tilly’s egg.  It was a stout plump brown egg that was a bit wider than usual.