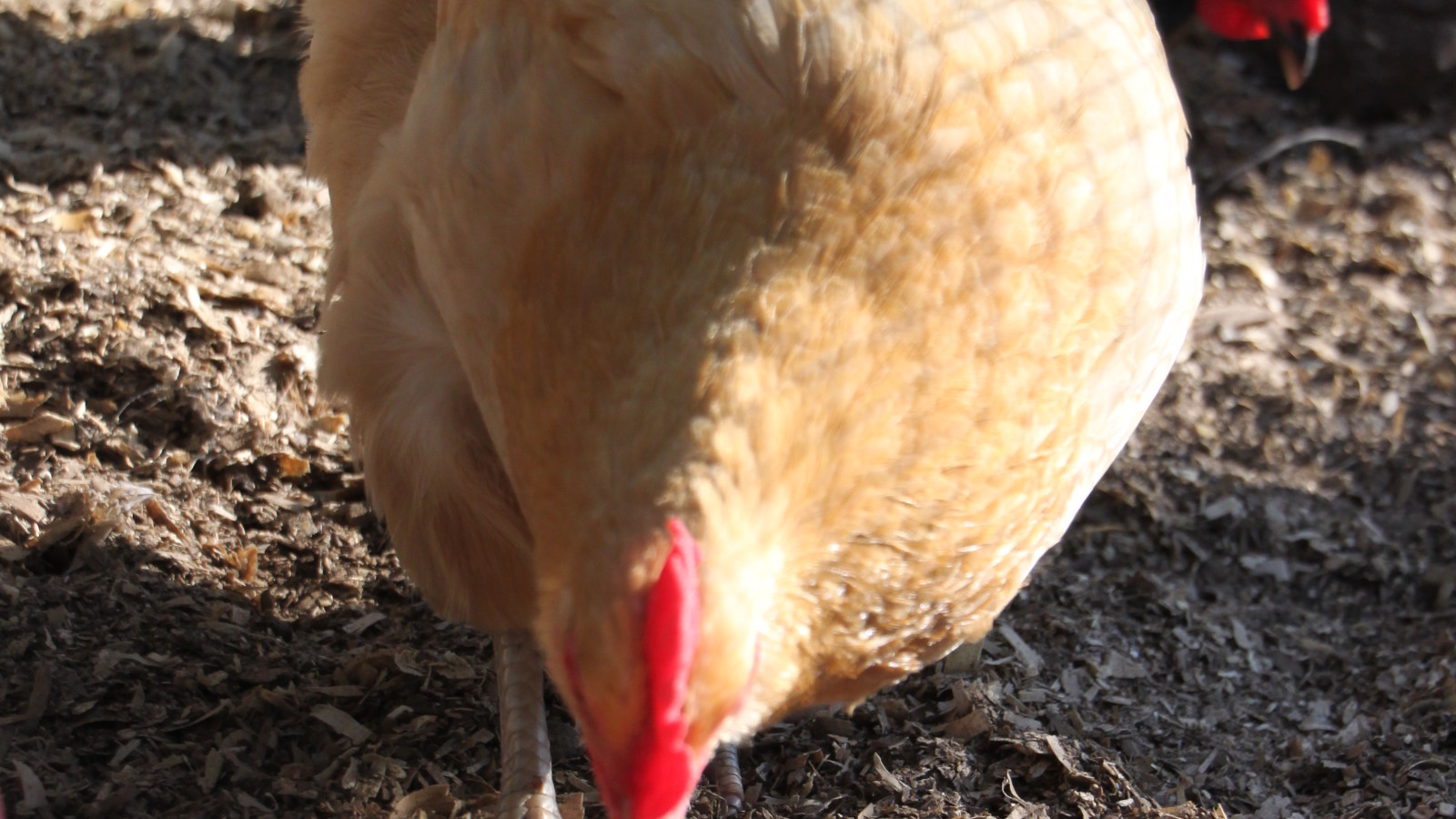 We all have them.  Even the most happy go lucky people tend to have routines in their day.  Some routines are simple like drinking a cup of coffee, driving a certain way to work or talking to someone on the phone everyday.  Other routines are elaborate such as getting ready in the morning, coiffing hairstyles and applying make-up.  I think we all develop routines because in many ways, routines are comfortable.

Unbelievably, our chickens have daily routines.  They are smart.  Their own routines include waking up in the morning, early activities in the coop as dawn arrives before they are let out and their afternoon siestas. These routines, though simple, make up parts of their days.  Interestingly though, I have noticed that they have become accustomed to routines that I have created for them as well.  Just as a dog knows when it is time to partake in a daily stroll, our chickens know just what lies ahead when they see me.

Each morning, our routine is pretty simple.  I refill the outside waterer first and scatter a bit of scratch on the ground in the run.  I open up the coop door and the girls pop out of their coop one by one like pieces of popcorn.  It has been this way for years.  One day, I recall that I mixed up this routine.  I had done everything else that I typically did, except instead of scratch, I scattered fruits and veggies in the run.  They were so confused.  They were so focused on looking for scratch that they neglected to care about the fresh goodies in plain view.  Those fruits and veggies arrived too early.  They are usually given as a late morning snack.  The poor girls were so confused that I actually did go and get some scratch and scatter it about.  Instantly, they set off into their routine as though nothing had ever been askew.  It was at this point that I realized the importance of their habits.  Perhaps, knowing what to expect in some way made them feel safe.

Last week as we left the house around 5:30am to catch our flight from the airport, I decided to open up the coop early.  It was still dark.  Yet, the early morning wild birds had begun to sing and I knew that daylight was mere minutes away.  As I opened the coop, It was very still and quiet.  All of a sudden, I heard one of the chickens say in a quiet deep voice, “Burh, burrrhhh”.  I translated it as, “Is that you?”  I whispered back, “It’s just me sweeties, have a great day girls, I’ll miss you.”  I heard no response.  Later that evening, I had called our chicken babysitter to check on the girls.  Despite looking everywhere, she told me that no one laid any eggs that day.

Eggs that chickens lay in the morning are formed in their bodies overnight as they sleep.  When chickens are disrupted or startled in the evening, it can lead to a decrease or lack of egg production.  I guess even something as simple as my opening the coop early contributed to the lack of eggs.

The following evening, I checked on the girls.  Everything was back to normal.  They were back on their schedule and the chicken sitter was graciously thanked with seven beautiful eggs.