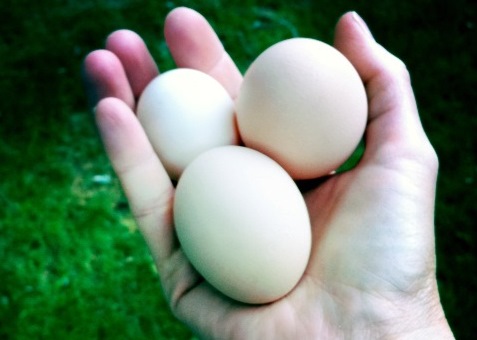 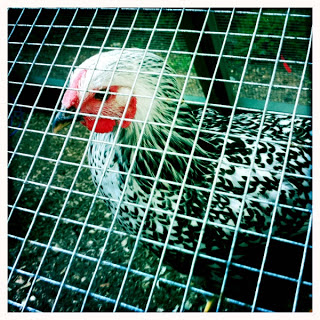 It’s hard being a teenager.  I can remember those years.  They were difficult.  New found freedom was met with the thoughts that I knew everything and somehow at the same time, unbeknownst to me, really knew nothing about being a grown-up.   Plagued by braces and over sized glasses, it was a miracle that I survived.  I never really thought that chickens would have awkward teenage moments, but Dottie Speckles is playing the teenager role to a tee.


She pushes her boundaries.  She often does not know her limits with the other girls.  She is assertive and tries to boss them around.  Most times, she is completely unaware of her position in the middle of the pecking order.  She talks back to the other girls too, especially when they are all after the same treat.  If she was a real teenage daughter, she would be the one, breaking curfew, sneaking out wearing make-up and meeting up with her boyfriend.  Thank goodness I do not have any roosters.

She stays up past her bedtime.  As the others are sleeping on the roost, I find that she waits for me to tell her gently to get out of the nesting boxes when sleeping.  Fifi, her sibling, only took three nights to learn to sleep on the roosts.  Dottie Speckles, on the other hand, just can’t seem to get it.  As I open the nesting box door, there she is in the middle box.  She gently gets up, complaining all the way, and finds herself a place on the roost.  Sometimes she goes on her own and other times, I have to gently pet her and nudge her along.  She can still be heard complaining back to me even after I close the nesting boxes for the night.

She picks fights with her siblings.  I don’t know why, but sometimes, she will run up to the other girls for no reason and just peck on them.  Not hard, but it makes me wonder, why she does that?  Goodness, is it just girls being girls.  Has she yet to accept her role in the flock?  Is this just teenage strife that needs to be lifted off her chest?

She loves sleep.  In the afternoon, Dottie Speckles loves to nap sitting on the log in the run.  There she roosts peacefully as the world continues.  Time passes her by.  She is my only chicken that enjoys napping. 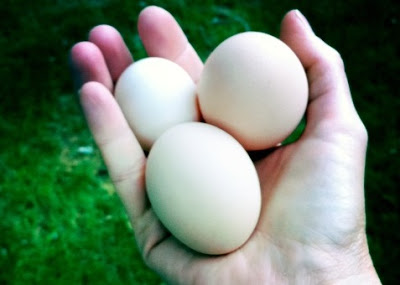 She thinks that laying an egg makes her a full grown adult.  Oh, yes, she is laying an egg almost daily now.  They are still small, somewhere between a Silkie size egg and a standard’s egg.  I think that this egg laying was what created this teenager stage.

Even after all is said and done, I must say that Dottie Speckles is a good girl.  She listens and is quite sweet.  Next to the Silkies, she is the softest.  Her feathers are incredibly soft and silky.  They remind me of my daughter’s hair after it has been washed and dried and is silky smooth from the cream rinse and brushing.  She is also docile. She has never attempted to peck at me and always comes when I call her.  I am proud to say that she is one of my girls.  I just can’t wait for her to outgrow these teenage years, that is, if chickens even have them!