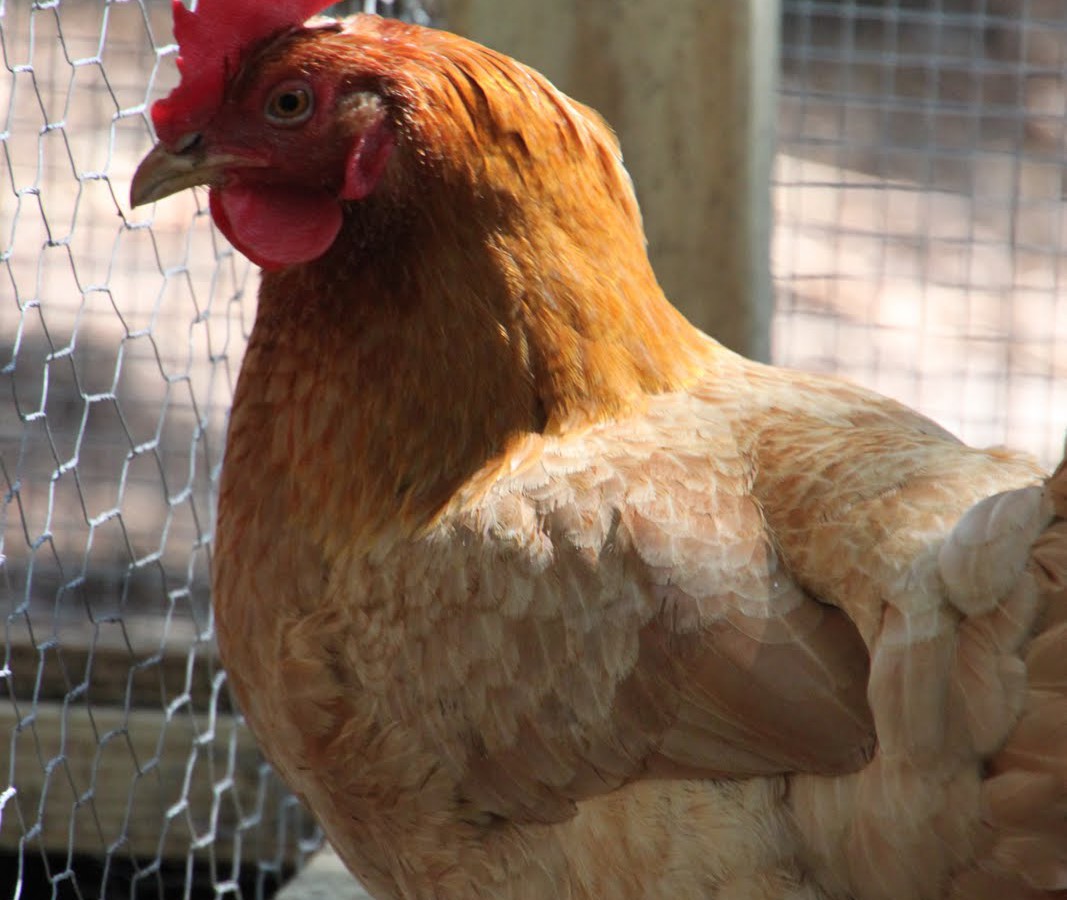 As many of you know, I wrote about the tragedy that struck Viola this past month.  Many lessons were learned from that horrible event and now Viola has begun to rebuild her flock.  She invited me over this weekend to share her new coop at her new home.  Creating a safe home for her flock was essential and she put a great deal of thoughtfulness into her new design.

At her new home, a storage shed already existed with a covered extension behind.  Viola knew that this would be a perfect home for her flock.  After the weasel, only two of her original girls survived, a New Hampshire Red and the Hamburg.  Surprisingly, two new recently integrated Buff Orpington pullets also survived the attack.  She also had two Jersey Giants still in a brooder in the basement.  All of these girls are now happily living together in their new home.  As I visited, finishing touches were being completed.

Viola has divided her coop and run into two sections.  About 1/3 of the coop and run is actually a seperate enclosure that can be used in the future as a hospital, a place to raise meat birds and a place to brood chicks prior to integrating them into her existing flock.  At any time, she can open the doors between these two sections and the flock can roam willingly between the two areas. 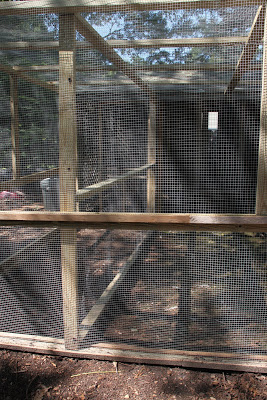 Cleverly, even each side of the coop has its own nesting boxes.  The regular side has three, while the other one has two.  A wooden egg rests inside the middle box, to help encourage her two remaining older girls to lay in the new boxes. 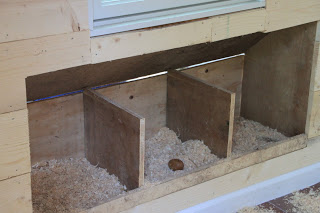 The ancillary side has it’s own pop-up door as well and ramp leading out into the run.

There is ample space for Viola to rebuild her flock here.  Every precaution has been taken, including burying hardware cloth down into the ground.  The girls are timid. I can’t say I blame them after all that they went through, but were eager to come out and say hello, once Viola brought them some treats of fruit from the kitchen. 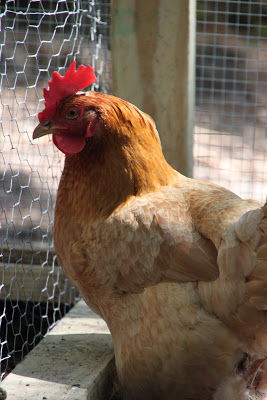 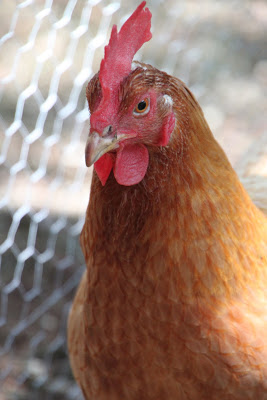 Her seven year old New Hampshire red is one of the survivors and the oldest now in the newly forming flock.  Her Hamburg also survived but was bitten through her ankle by the weasel and had to receive veterinary care.  Today, she appears to be almost fully recovered. 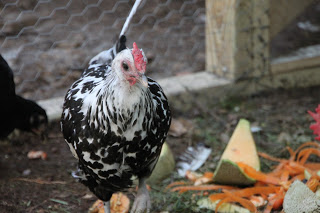 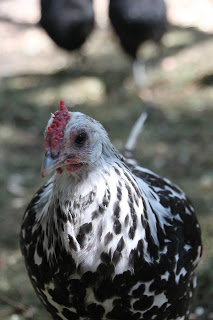 The chickens spend most of their time now between both sides of the run and on the larger side of the coop. 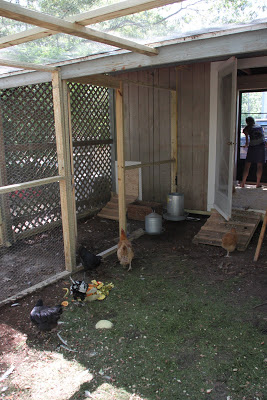 Here you can see as I stand with the three nesting boxes to my back, a view of her ancillary partitioned off coop.  The main coop’s roost is on the left.   Life is getting back to normal for all of the girls. 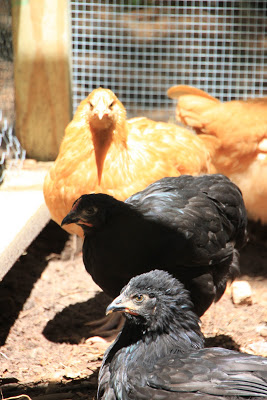 The dust baths have resumed. 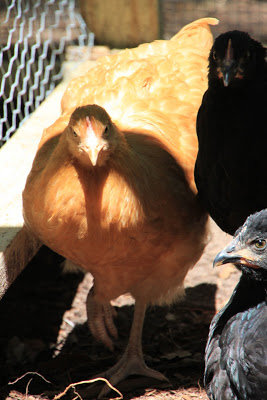 Their curiosity about things like flip flops and toenail polish is returning. 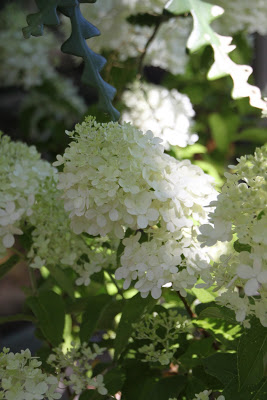 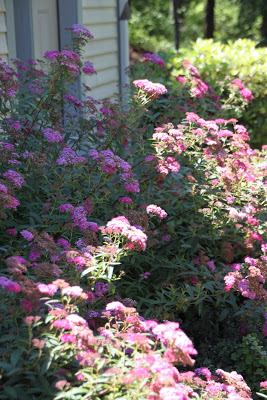 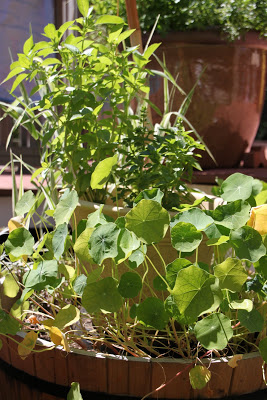 The gardens are blooming and her potted herb gardens are flourishing.  The bees are sharing in the hummingbird feeder’s bounty like last year. 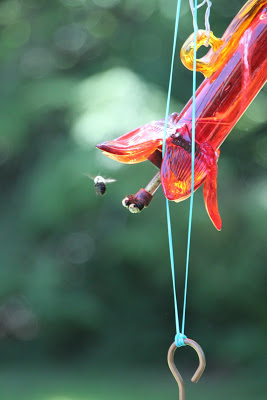 My favorite part of this tour was the two day old Salmon Favorelles that Viola picked up on her last trip to the feed store.  I have never met fuzzier chicks in my chicken experiences.  They seem to be doubly fluffed and their cheeks’ appearance are similar to chipmunks when they are filled with collected nuts. 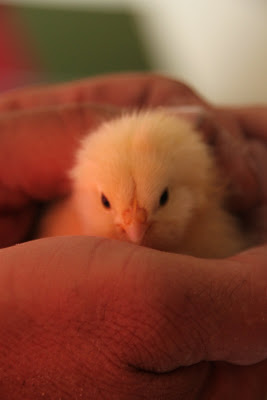 Once out of the brooder, these two will live on the ancillary side of the coop until they are old enough to be integrated with the others.  Life begins again.  More chicks will arrive this September with hopes for a rooster in the bunch.  It was nice to see my good friend excited about her chickens and their new home.
Photo Credits:  Tilly’s Nest
Share on facebook
Share on twitter
Share on pinterest
Share on email