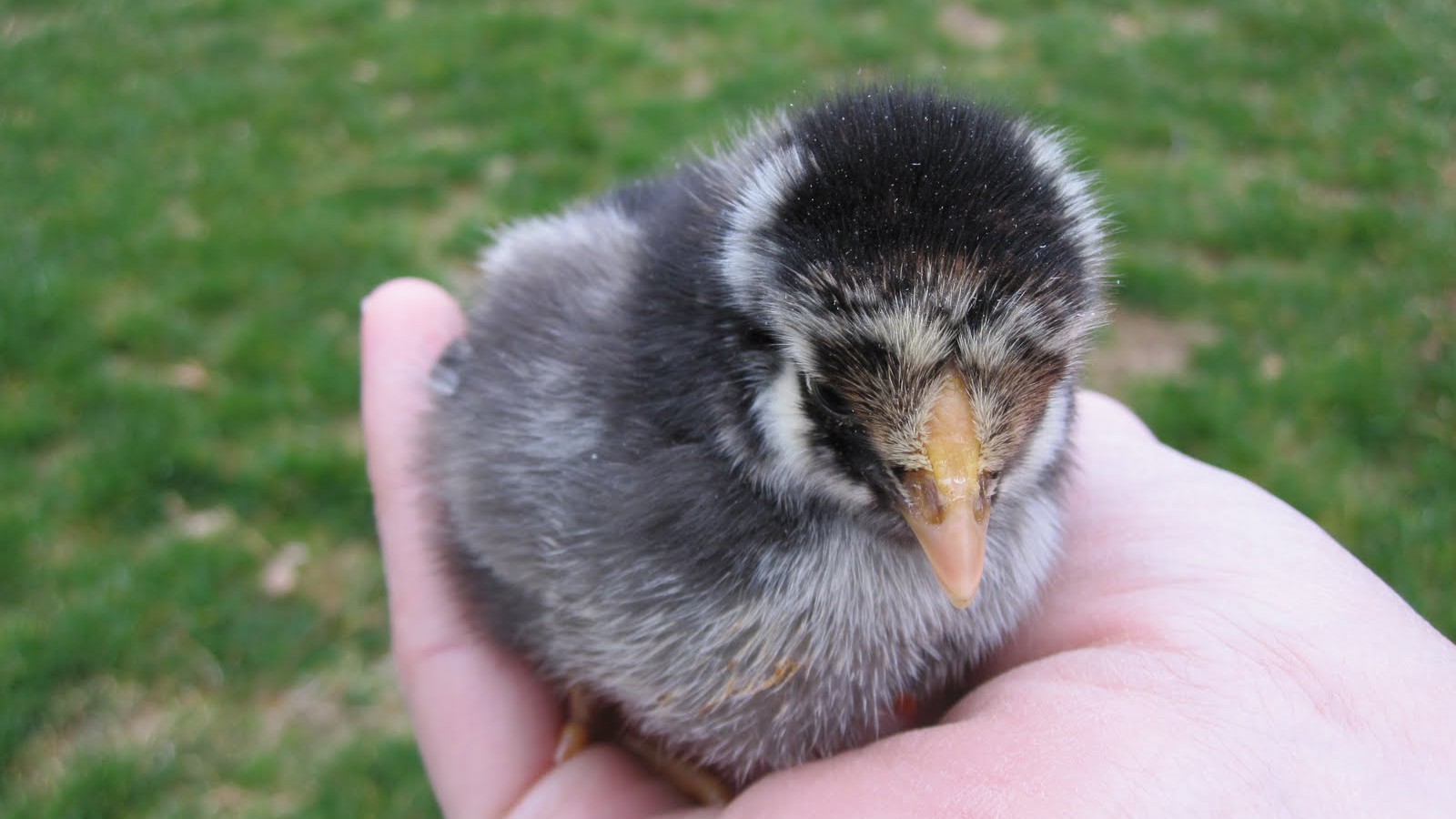 Here she is!  The kids want to call her “Dots” for short.  She is now two days old and I could not have asked for a better outcome.  Yesterday, continued to be a day of getting to know each other.  Interestingly, I have noticed a difference with chicks hatched by a mother hen vs. an incubator.

While Dolly, brooded over her eggs last month, I would often find her talking to them, touching them, rocking them and rolling them.  It seems as though the babies knew Dolly long before they met her in person.  Once the babies hatched, they all spoke the same language.  When Dolly told them to eat, drink and let out a warning signal, all of the babies seemed to know just what to do.  She is a fantastic mother; incredibly careful and tender with all of her babies.

Right from the start, it was clear to me that Dottie Speckles had no idea who Dolly was, nor did she have any idea what a mother hen was.  In the hatchery, she never felt or heard her Mother’s touch.  Instead she heard the whirring of the heating fans and felt a machine tilt her from side to side in a methodical timed fashion.

Last night before bed, I checked on everyone in the garage.  All were sleeping.  Dottie Speckles was sleeping amongst and closely nestled into her new found siblings’ warm little bodies.  Usually, a day old chick would normally sleep underneath their mother.

This morning, I awoke and checked on the chicks.  Everyone was happy and alive.  Dottie Speckles was pipping and popping all over the place with a smile in every step that she took!  As I was changing out the feeder and waterer,  I purposefully tried to go in and grab Dottie Speckles when she was right in front of Dolly.  Dolly pecked me!  I was overjoyed, this could only mean that Dolly has accepted Dottie Speckles as one of her own.

I quickly finished my business and sat quietly in front of the brooder watching Dolly and the chicks’ interaction.  Dolly settled down on the floor of the brooder surrounded by her chicks.  Then, Dottie Speckles went over to Dolly’s wing.  She curiously and gently tugged on a feather of Dolly’s wing.  Dolly lifted up her wing and Dottie Speckles in turn tucked herself into the space between Dolly’s wing and her body.  I was so touched and overcome with emotions.  I have learned many things about life from our chickens.  Today, Dolly reminded our family of tolerance and acceptance for those that are different.