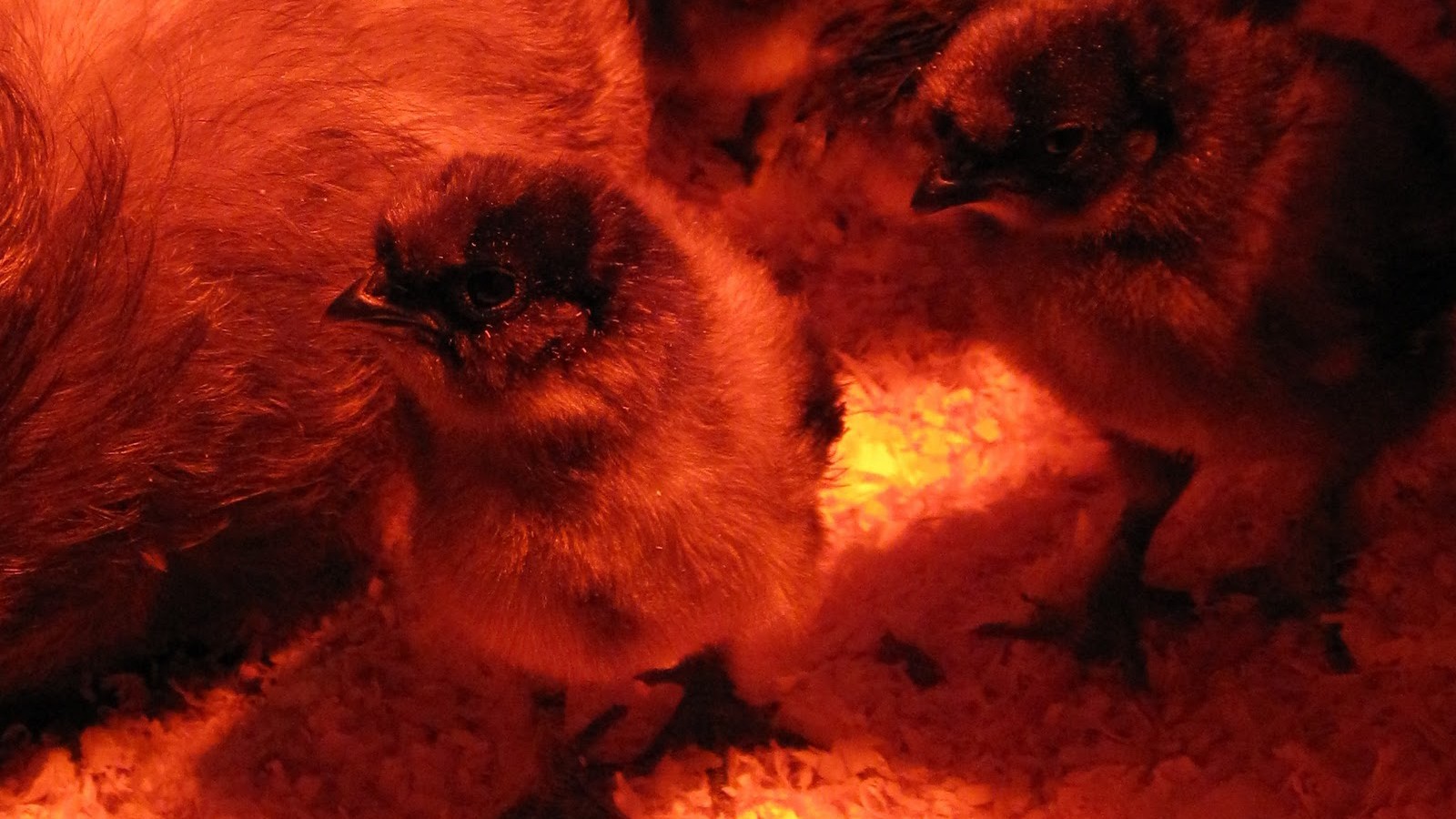 Well, yesterday, I found out the hard way.  Up until now, I have cleaned portions of the brooder but never the whole thing.  The brooder could wait no longer.  It was messy and dirty and to top it off, I had to deal with overprotective Dolly.  The chicks seem to panic now whenever my gloved hand goes in to gather Dolly’s poop a few times per day.  I don’t think they recognize it as my hand.  Either way, Dolly goes into a natural tizzy, spreads her wings and the babies are pipping and popping all over the place; brooder chaos.

I knew that I was going to have to remove Dolly from the scene and that was the first thing that I did.  I placed her outside with the rest of her grown-up family.  I grabbed a cardboard box, placed it on the ground in front of the brooder and redirected the heat lamp into the box.  One by one, I caught the baby chicks and placed them in their temporary holding pen.

Quickly I gathered up all of the newspaper and the two inches of soiled shavings. What a mess!  I washed out and returned the waterers and the food dishes.  I spread out clean newspaper and made a soft bed of clean pine shavings.  When I went to return the babies to their clean brooder, they were all huddled in the corner of the box.  One by one, I grabbed them.  Sometimes two at a time, they returned to the brooder.  I went outside and there was Dolly waiting by the coop door.  I opened the door and scooped her up.  She was happy.  She called out to her babies on the walk back to the brooder.  However, I know that she did enjoy herself for a while when she was without the chicks.

While cleaning the brooder, I peeked out at the large coop and run periodically.  I saw Dolly socializing, telling stories, taking a dust bath, eating scratch and revisiting favorite places of hers in her home.  She let loose for a while and momentarily took a break from her motherhood duties.  We all need breaks, even chicken moms.  I believe we are better mom’s for it.  By taking time for ourselves, sometimes stolen moments, we replenish ourselves and can, in turn, be better parents.

As Dolly reentered the brooder, she greeted each of her chicks.  They touched beaks and nuzzled together.  It was a happy reunion and Dolly did miss her little ones.  After a while, they settled in for a nap.  The chicks were tucked safely underneath of their Dolly Mama and she got right back to her motherhood duties.

4 thoughts on “Dolly’s Time Out”