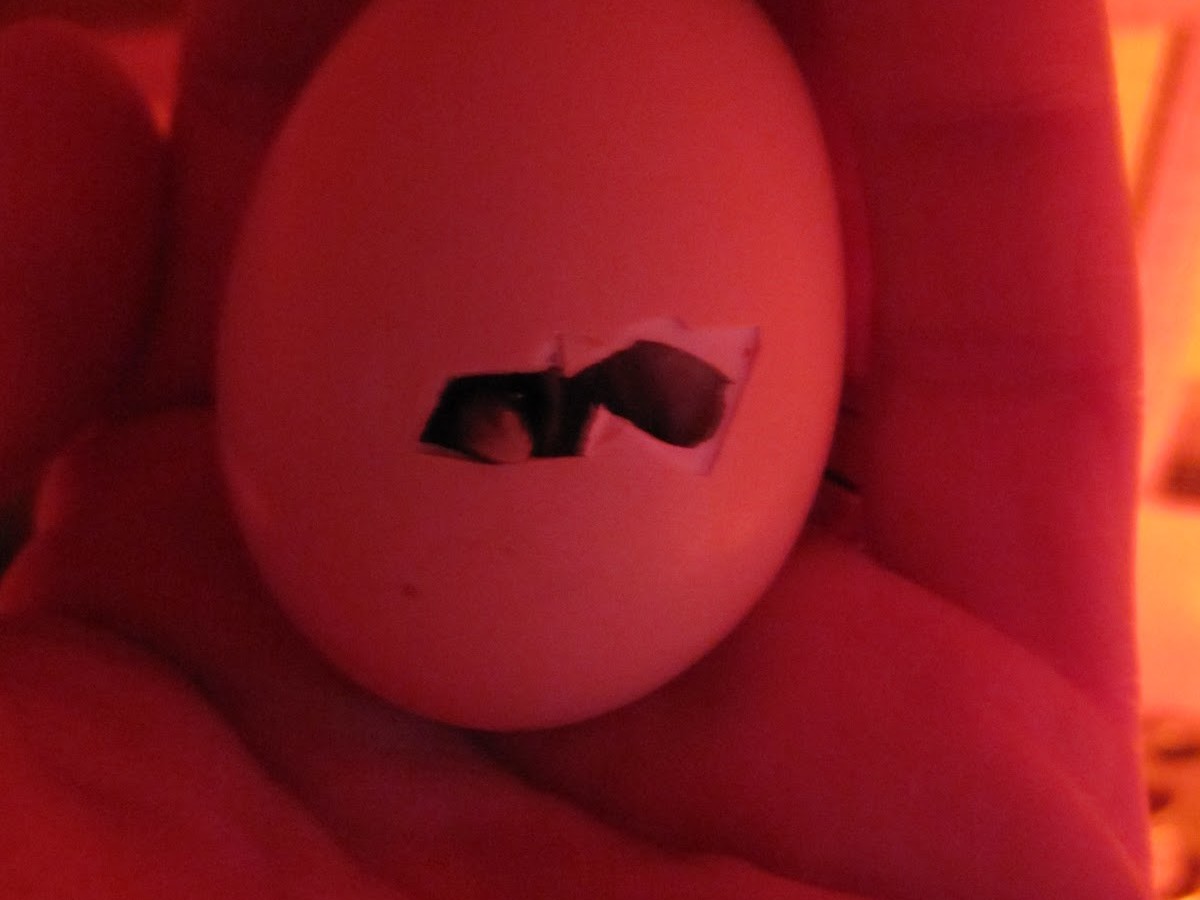 Yesterday evening, both eggs number 8 and 9 had pip holes.  Number eight arrived around 7 pm and what a shock!  Once number 8 was completely dried after sitting underneath Dolly, I discovered that egg number 8’s color was different.  I was mistaken in my last posts.  After some researching, it appears that most of the chicks are going to be Black Silkies.  However, not number 8.  Number 8 is a Lavender Silkie.

According to sources, there is about a 25% chance per clutch that you will get a lavender Silkie.  Well, we got one!  Egg number 8 is so very fair and definitely a silvery color.  There is absolutely no black anywhere.  All the others are black with yellow tipped wings, yellow bellies and yellow feet feathers.  Some of their toes are even yellow.  Egg number 8 has black toes, just like Mommy.

Yesterday, egg number 9 started peeping as well.  Even though both eggs 8 and nine both had pips at the same time.  They did not hatch at the same time like the twins did two days ago.  Finally, egg number 9 hatched this morning about 8:45am.  For now, it is still to wet to determine the coloring, but I think it is a Black Silkie.

When I started out on this journey with Dolly, I read that the mother hen will abandon any eggs that she feels are not viable.  With my inexperience, I placed eggs underneath her over a four day period.  I knew that the hatch dates would be staggered.  I did not know if Dolly would remain on the eggs for the entire time but she did.  She knew.

While Dolly patiently waited on the nest for the others to hatch and strengthen, she allow the older chicks to leave her safety.  The older chicks come out from underneath Dolly and walk over for food and water.

All of our remaining eggs have hatched!  We have a total of seven live chicks. I consider this experience life changing for my family. It is wonderful to raise day old chick like we did last Spring from the hatchery.  However, it is an amazing family experience to have hatched them on your own!