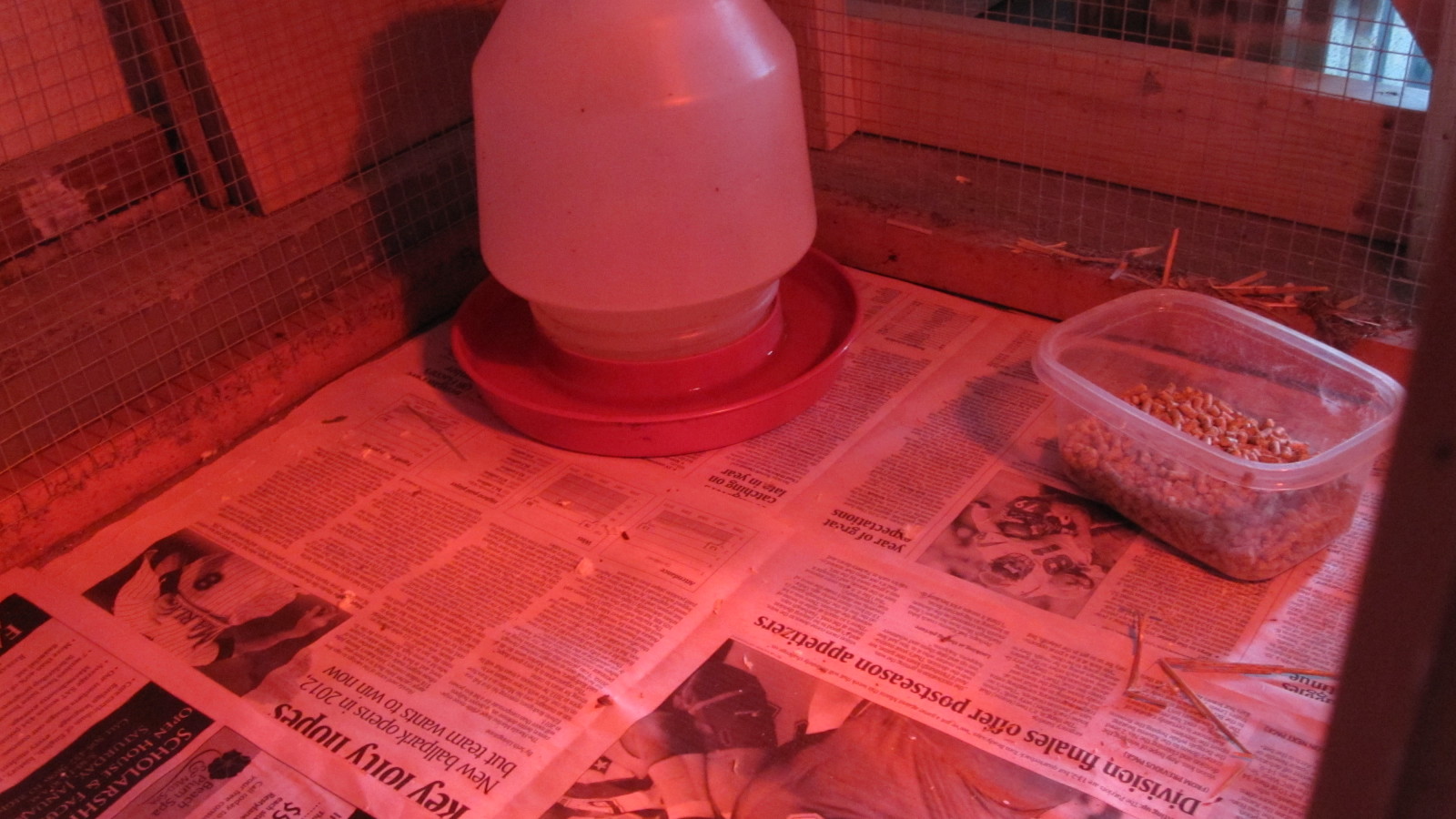 I have been quickly catching up, reading as much as I can about broody hens and hatching eggs.  My learning curve has been on an upward trajectory!  Most resources suggest separating the broody hen from the rest of the flock.  Some jealous hens can become saboteurs or even have nesting envy, only to kick the broody hen off the nest at day 20 and reap the benefits of motherhood.  In turn, the broody hen who sat all those long days is robbed of her children.  I was still in the process of making my decision whether to leave Dolly with the flock or not.  So far, for the most part, they have left her be.  I did however, find Tilly’s egg underneath her yesterday.
This morning was a different story,  perhaps because I was later than my typically punctual arrival.  I let the flock out, added fresh water, scratch and then ventured over to visit Dolly.  She was sitting on her nest but what I saw I could not believe.  Egg number one was rolled into the center of the coop.  Eggs 5 and 6 were found in the nesting box next to Dolly.  Eggs 5 and 6 were still semi-warm but Egg number 1 was chilly.  This was not good.  As quickly as I could, I gathered the three eggs and returned them under Dolly.

I next went to the garage and began to set up my temporary brooder.  I gathered an old shipping box, an extra waterer and an old Tupperware container for food.  I created a nest with shavings and straw.

As I was setting up this brooder, I could hear squabbles from the coop.  I went over and saw Tilly sitting in Dolly’s nesting box. I looked in the run.  I could not see Dolly.  Dolly must still be in the same box as Tilly.

It seemed like forever, but Tilly finally laid her egg.  My window of opportunity had arrived.  Quickly, I scooped up all of the eggs. I placed them in the makeshift nest.  Next, I ran to the coop and grabbed Dolly.  I placed her in the new brooder.

Dolly was not happy about leaving the coop.  I think she thought that I was taking her from her eggs.  Little did she know, I was taking her to their new location.   I placed her in the brooder.  She was nervous.  I showed her the eggs.  She stood in the nest, rolled two eggs with her beak and got out. She looked around and was talking.  Taken back by confusion and utter nervousness, Dolly was apprehensive of her new surroundings.  I decided to scatter some scratch on the ground. She started to eat the scratch.  When she was done.  I showed her the eggs again.  Time was marching on.  The eggs were getting cold and Dolly was showing no signs of broodiness!

I showed her the eggs a few more time.  Each time, she panicked and hopped off the nest.  Thoughts entered my mind that I was going to have to abandon any attempts of Dolly and parenthood.  Finally, just as I had my doubts, I showed her the eggs once more.  She squatted on them.  Then gently rolled each egg on the outer cusps into the center, puffed out her body and wings, then settled down on the eggs.  Thank goodness! As she sat, I praised her.  I then noticed that her comb was bleeding.  My best guess is that it was from her earlier squabble with Tilly.  I think I made the right decision.  I just hope I was not too late for her eggs.