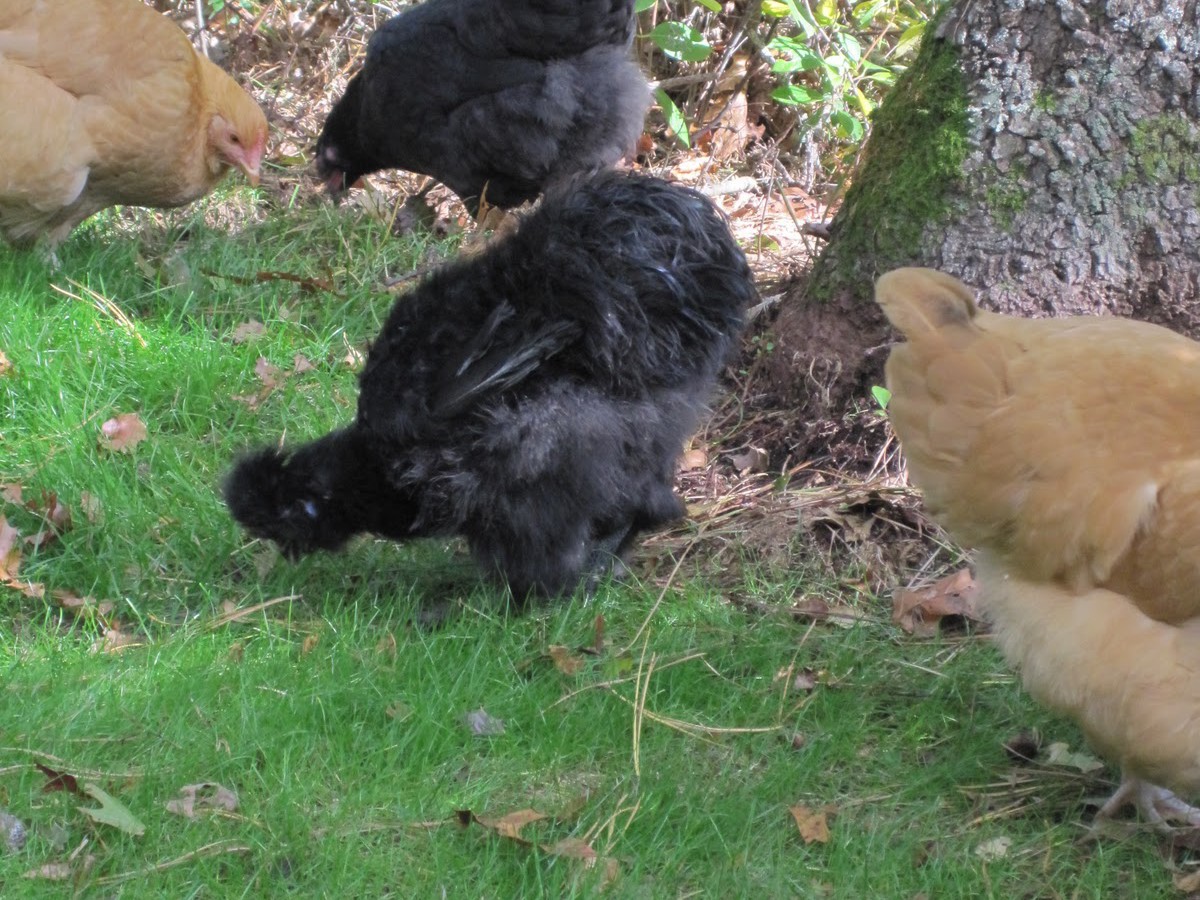 A Simple Twist of Fate

This morning I was out opening up the girls.  I can’t call them the girls anymore because from the coop was the distinct call of a baby rooster learning to crow. “OOO OOOO DOO”.  Pathetic but true, my little black Silkie Bantam, Chocolate is another rooster.  (Strangely enough, there have been tales of female hens developing male characteristics.  The hens stop laying eggs, crow and grow spurs!)

My heart sank again.  The reasons were many.  Probably the thought that I had to rehome him was the saddest.  You see, Chocolate was the runt until Peanut left.  Interestingly, he never really grew.  Despite all the others in the flock his growth was almost stunted.  However, once Peanut left, Chocolate had a growth spurt.  He has now surpassed his sister silkie, Feathers, and started to grow a larger comb and wattle.

In my heart of hearts, I do have to honestly say that I had my suspicions early on.  Peanut and Chocolate were always doing the “rooster square-off dance”, Peanut was always picking on Chocolate and the fact that he although healthy, was not growing.  When I compared Chocolate to Feather, I noticed that Feather’s comb is almost non-existent although she does have a wattle. Chocolate definitely has a comb! Their feathering is almost identical and so are their blue earlobes.

Chocolate is one of my favorite chickens.  He is a complete love.  Docile and gentle, he loves to hop into my lap and nuzzle into my body.  He loves to be stroked and even closes his eyes in contentment.  I can always count on him to come visit me first.  I really do love that little guy!

But then, I had an epiphany about rehoming him…My neighbor has a dog that barks all the time.  A rooster’s noise is not that much different.  My kids love him and he loves them.  He is a sweet boy who is earning his keep in the hen house.  He guards the girls at night by keeping watch out the window.  When it is raining, he stands at attention like a soldier at the door waiting for the rain to let up.  He lets all the other girls out of the coop in the morning before him, how chivalrous!  There are also no laws about roosters in our town.  There has been talk about creating ordinances in regards to chickens and roosters but nothing so far.

So for now, he will stay.  As long as he continues to be affectionate and sweet,  I will do whatever is necessary to keep him in the family.

2 thoughts on “A Simple Twist of Fate”